'I Don't Believe In One Nigeria', Says Tinubu (Throwback) 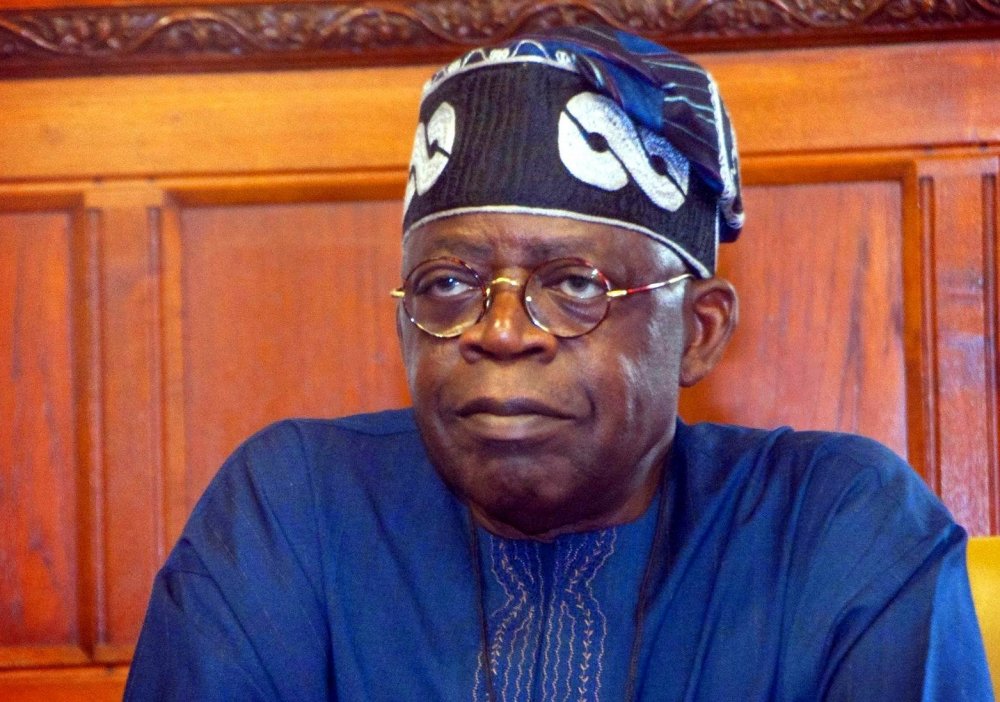 It's Thursday and AllNews travels back in time to April 1997 when the current national leader of the All Progressives Congress (APC), Bola Ahmed Tinubu allegedly asserted that he 'does not believe in One Nigeria'.

Those who do not believe in a united Nigeria and want the West African nation to divide are mainly Biafran separatists.

Tinubu, before Nigeria's return to democratic rule in 1999, began his political career in 1992, when he joined the Social Democratic Party (SDP) where he was a member of the Peoples Front faction led by Shehu Musa Yar'Adua and made up of other politicians such as Umaru Yar'Adua, Atiku Abubakar, Baba Gana Kingibe, Rabiu Kwankwaso, Abdullahi Aliyu Sumaila, Magaji Abdullahi, Dapo Sarumi and Yomi Edu. He was elected to the Senate, representing the Lagos West constituency in the short-lived Nigerian Third Republic.

After the results of the 12 June, 1993 presidential elections were annulled, Tinubu became a founding member of the pro-democracy National Democratic Coalition, a group that mobilized support for the restoration of democracy and recognition of Moshood Abiola as the winner of the June 12 election.

Following the seizure of power as military head of state of General Sani Abacha, he went into exile in 1994 and returned to the country in 1998 after the death of the military dictator, which ushered in the transition to the Fourth Nigerian Republic.

In the run-up to the 1999 elections, Bola Tinubu was a protégé of Alliance for Democracy (AD) leaders Abraham Adesanya and Ayo Adebanjo.

He went on to win the AD primaries for the Lagos State governorship elections in defeating Funsho Williams and Wahab Dosunmu, a former Minister of Works and Housing.

In January 1999, he stood for the position of Governor of Lagos State on the AD ticket and was elected. Twice he served as the number one citizen of Lagos State and has since been a colossal force in Nigeria's political terrain.

A This Day Newspaper publication of a past Tinubu interview with Ayo Arowolo, the present Chief of Staff (CoS) to the Chairman of Arise Group, Prince Nduka Obaigbena, has now surfaced online, with some social media commenters questioning the patriotism of the 68-year-old. 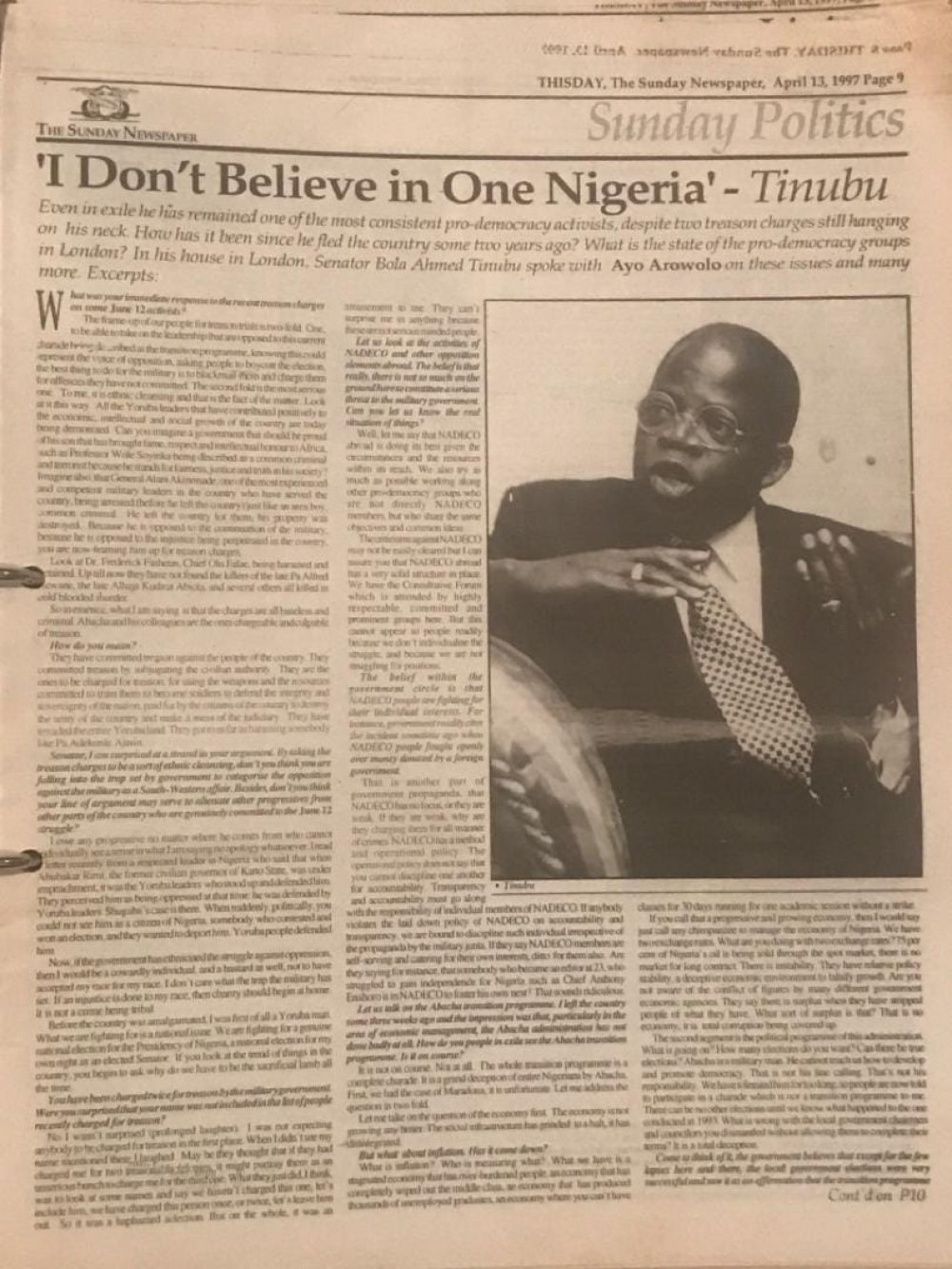 Meanwhile, as at the time of publishing this report, AllNews cannot independently verify the authenticity of the publication.