I Got Into Trouble During #EndSARS Protest' — Davido [Video] 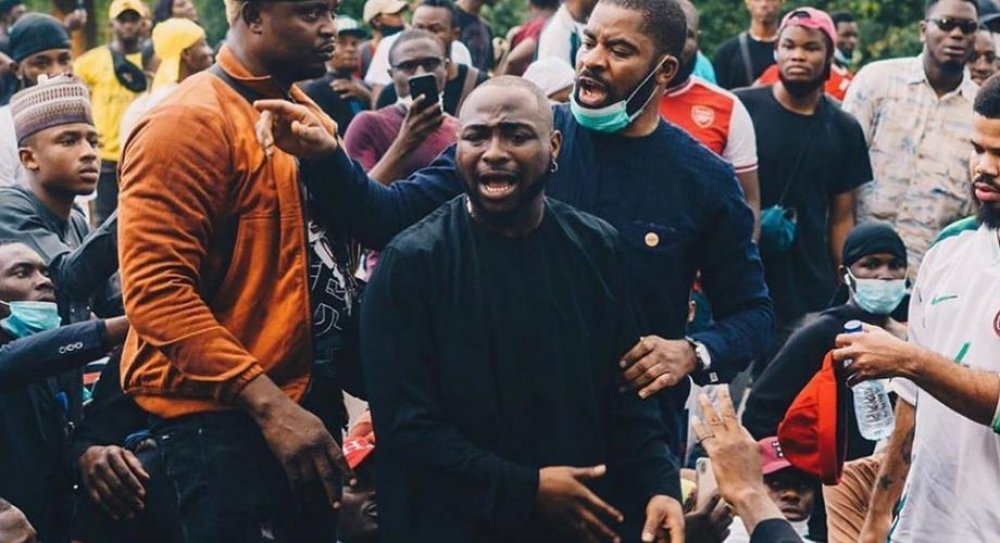 Afrobeat superstar, David 'Davido' Adeleke, has revealed that he got into trouble for throwing his weight behind the #EndSARS protest that rocked the nation in October 2020.

In a chat with Trevor Noah on the 'Daily Show', the 'Fem' crooner said he had to leave the country for a while.

Speaking on his song becoming the protest's anthem, Davido revealed that he did not record the song because he thought the protest would happen but he is grateful that his voice served as an instrument to the people.

He said, “I did not record that song thinking that was going to happen but it's amazing how I saw my voice being an instrument for people, it was amazing, I got into a lot of trouble, I had to actually leave the country.

“It was that bad, but it was amazing to see people come out like that and I will say this, they listened, they heard us, they might not have changed anything but they were shocked. I see a lot of young future leaders coming out in the next general elections, things are going to change.”