I Have Not Benefited Anything From Osinbajo — Tinubu 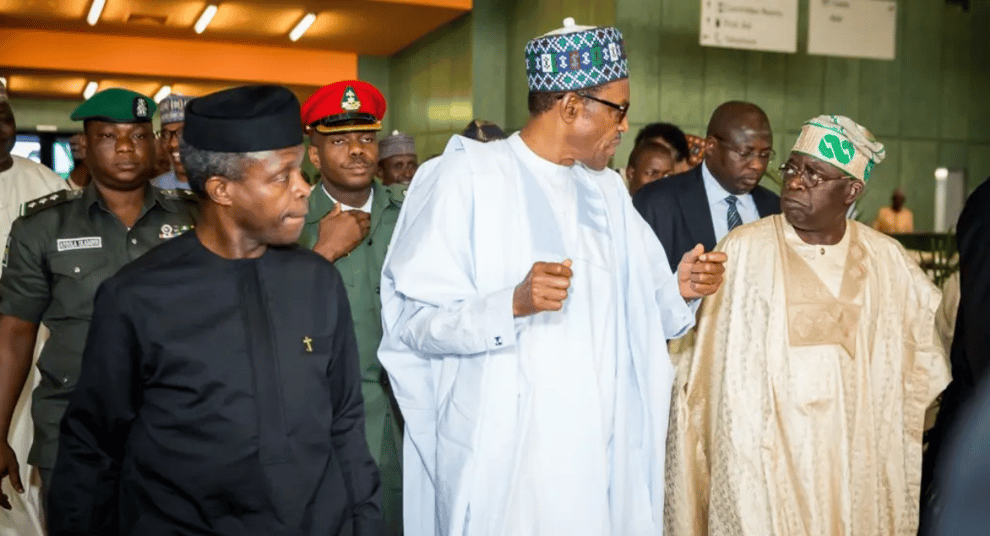 Chieftain and presidential aspirant of the All Progressives Congress (APC) Bola Tinubu says he has not benefited anything from the Vice President, Yemi Osinbajo.

Speaking at the Presidential Lodge in Abeokuta, Ogun State, Tinubu said he had wanted to be Nigeria’s president since his days in the Action Congress (ACN), noting his role in the political careers of several Nigerian leaders including Vice President Yemi Osinbajo.

“He knew all the calculations then favoured us. That is why he wanted me as his vice but I told him to let us build the party first. And when we finished building the party.

“I told them that I have a candidate that is a Christan that I can nominate so that the party will not break. That was how I nominated Vice President Yemi Osinbajo. I surrendered my right to him.

The recent statement by Tinubu comes after the refusal of President Buhari to endorse Tinubu publicly and Osinbajo's recent move to clinch the presidential seat in 2023.

Osinbajo had hosted the national chairman of APC, Senator Abdullahi Adamu, and five governors of the ruling party recently.

Although the agenda of the meeting was not made public, there were speculations it might not be unconnected with the presidential primary of APC, scheduled to commence on Monday, June 6.