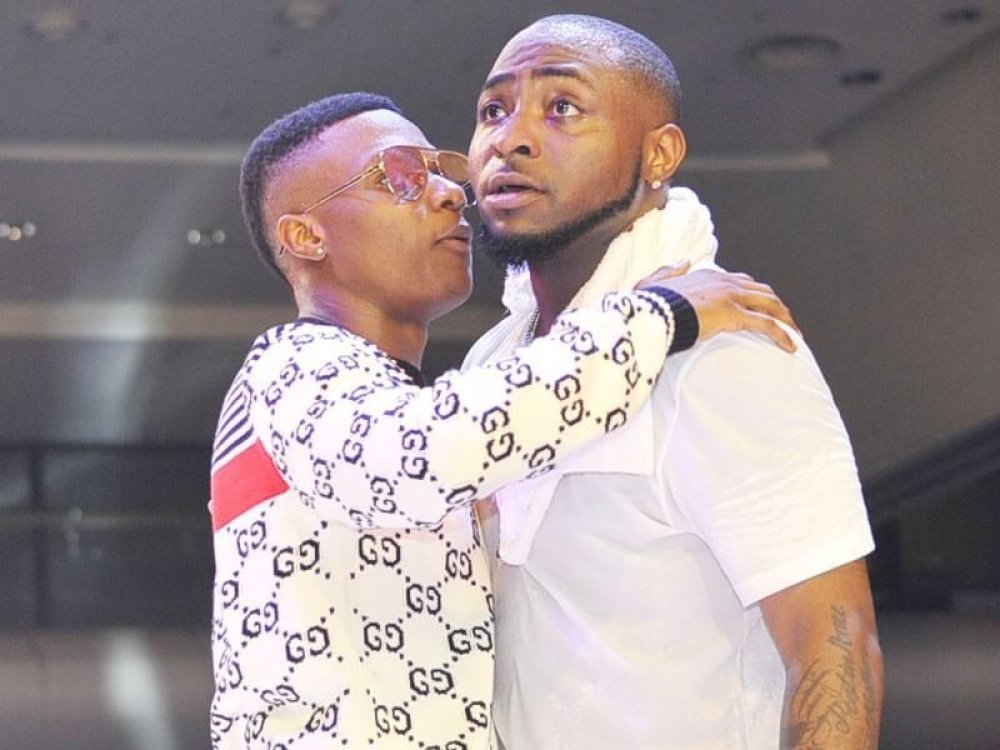 Days after stirring reactions with his recently released music effort dubbed "FEM", Davido has told a fan of Wizkid, that he is greater than the star boy.

AllNews reports that after a long silence on social media, Davido returned with “FEM”, an afro-pop single which is an onomatopoeia for “Shut up”.

The controversial song was alleged to be directed at singers such as Wizkid and Burna Boy.

However, a Twitter user who is also a fan of Wizkid reacted to the massive views the song has garnered on YouTube, said: “When the hype is down, we’ll talk about how Davido pulled the biggest heist on YouTube with Fem.”

Responding again, the singer said: “Calm down why u shouting … I SAID WHAT I SAID".

Calm down why u shouting ... I SAID WHAT I SAID BITCH https://t.co/3bc8JLxsj5

Although afro-beats stars Davido and Wizkid seem to be cool with each other, their fans have always been at rifts in the social media community.

READ ALSO: Celebrity Worship Syndrome: How Fans ‘Try To Hit Celebs Heads Against One Another’

They go as far as comparing their music efforts and success, thereby making it seem they are perpetual enemies of each other.

More Woes For Hushpuppi As New Evidence Is Found Against Him

Photo: Check Out Ikorodu Bois Version Of The Otedola's Ferra...