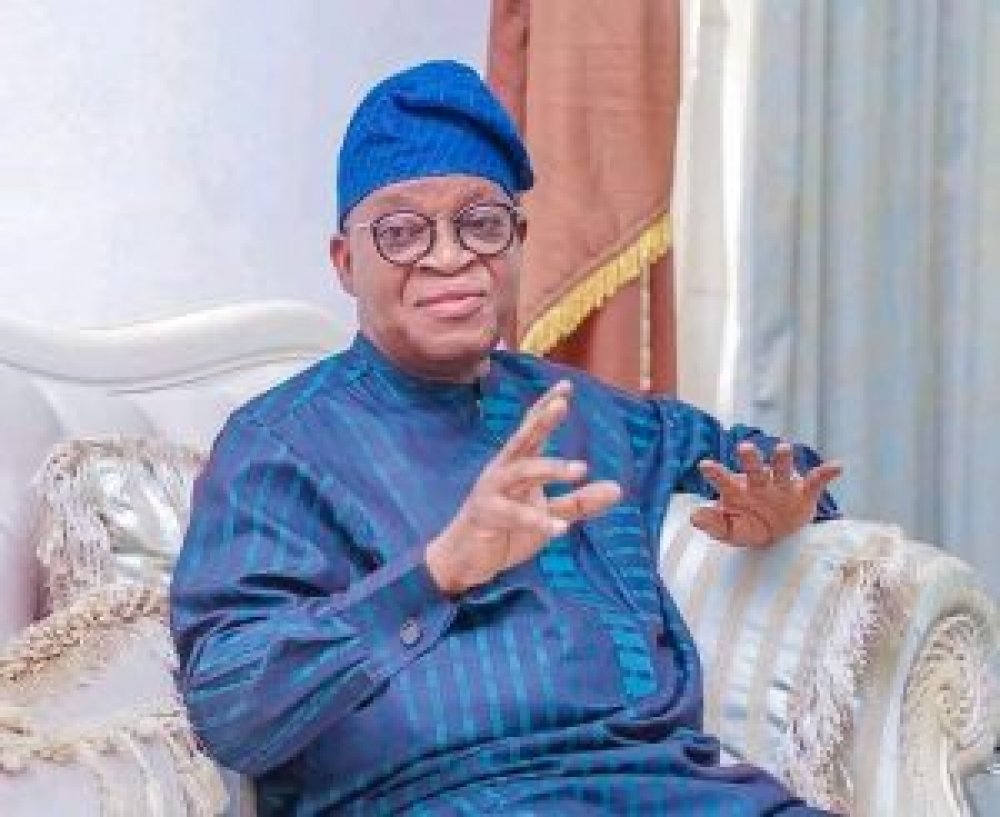 I am a diligent, innovative, and detail-oriented individual, who thrives inĀ dynamic environments.

Governor Gboyega Oyetola of Osun says his administration is committed and passionate about the development of rural communities in the state.

Oyetola made the remarks during an engagement programme on Thursday in Ajagunlase town, Olaoluwa Local Government Area of the state.

The governor said that rural communities dwellers were critical stakeholders, whose needs and yearnings should be represented in the policy formulation process.

The governor was represented at the event by his Special Adviser on Civic Engagement, Olatunbosun Oyintiloye.

The governor noted that the rural community engagement programme was another governance strategy of his administration to get closer to the people at the grassroots.

Oyetola also said that the engagement programme was to ensure rural dwellers were not left out in the policy formulation and decision making towards the development of the state.

According to him, the best policy framework which every result-oriented government can come up with is the one that emanates from the bottom-up approach system, where the very last man of the society can have an input.

“The current administration is aware of the fact that the remoteness of the rural dwellers from the centre has caused an obvious disconnect over time.

“But the ongoing engagement drive is an effort to bridge the gap and make their interests represented in the policy formulation process,” he said.

Oyetola, however, said his administration would continue to place a premium on the opinions and tenets of rural dwellers in the state’s governance.

In his remarks, Oba Ismail Gbadamosi, the Ola of Ajagunlase community, commended the governor for his social interventions in road, health and education.

Oba Gbadamosi appealed to the government to consider them for more value-added benefits in terms of potable water, stable power supply, accessible road networks, among others.

I am a diligent, innovative, and detail-oriented individual, who thrives inĀ dynamic environments.