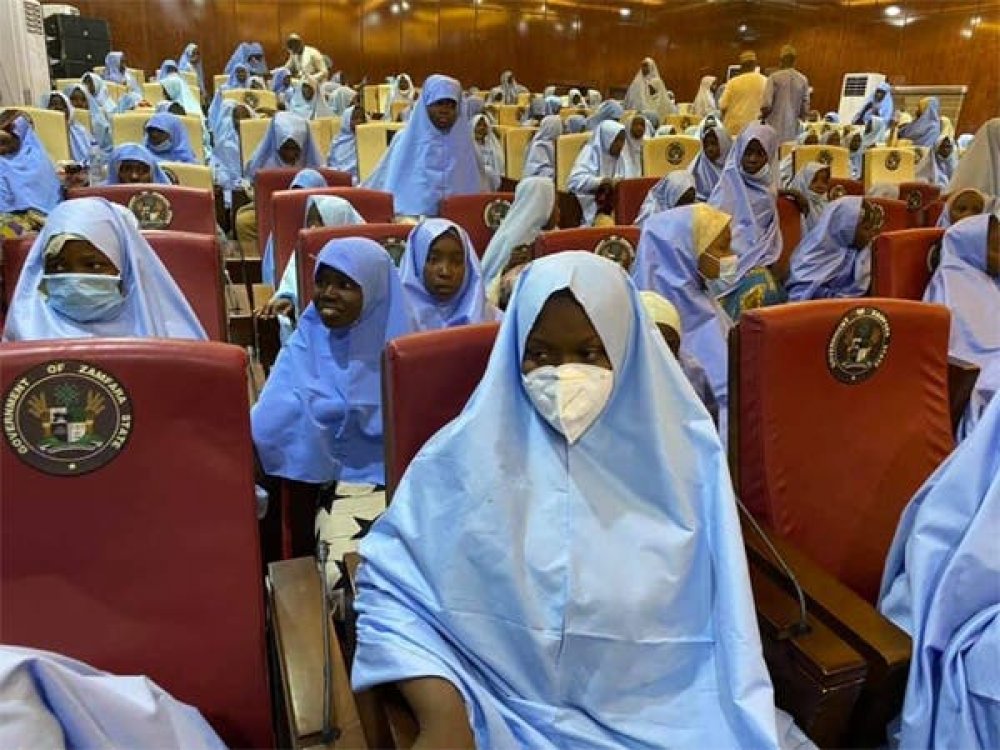 The father of one of the abducted Jangebe school girls, who himself had been in captivity, regained his freedom on Monday night with tales of sadness and joy.

Mallam Iliya Gwaram, who was brought to Government House, Gusau around 9 p.m. on Monday, said he told his daughter not to recognize him in the den of their abductors.

Gwaram, rescued along with nine other victims, including nursing mothers and three toddlers, driven in a heavily guarded motorcade.

He said: “I have been in captivity with these other people for more than three months when on that Friday morning, l saw the school girls being brought into where we were camped by our abductors.

“At first, l didn’t know who they were or where they were coming from until l saw the face of my scared daughter looking at me.

“I quickly told some of the girls who were brought along with her and sat near me to tell my child not to show any indication that she even knew me.

“The girls were brave enough and they kept our little secret up to the last day of their four days stay with us.

“l never cried in the whole of my life like l cried the day the girls were taken back because l felt it was the last time l would see my daughter.

“Fortunately and unknown to me, my daughter informed Governor Matawalle of our whereabouts and the poor health conditions we were, which led to our freedom today as facilitated by the governor and his security people,” he said.

On whether money was given to secure their freedom, Gwaram said he did not know as all that mattered to them was to return to their homes.

“Look at those two women that we were rescued along with me, two million naira was said to have been raised by their relatives to give to the bandits more than two months ago.

“But the money could not be traced as it was suspected that it was a different gang that intercepted the man bringing the money and took it from him,” he said.

Gwaram further stated that his daughter would continue with her education.

“If she wasn’t educated, she would have exposed me when she saw me and that would have put the two of us in danger.

“I thank God for that and l will continue to pray that such a thing never happens to even my worst enemy,” Gwaram said.

Recall that 279 of the Jangebe school girls, abducted by gunmen from their school on March 2, 2021, were released four days later after reported negotiations between the bandits, state government agents, security men, and some repentant bandits.