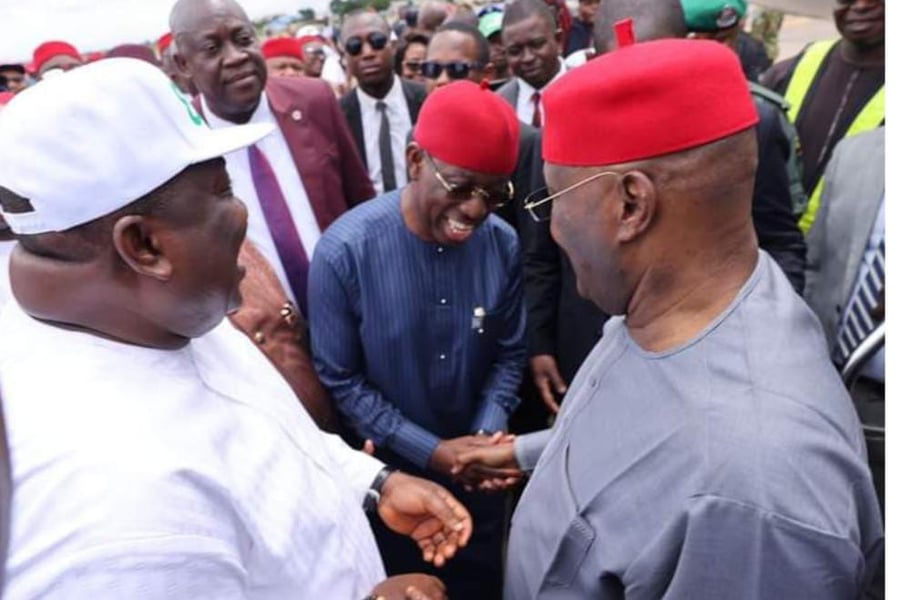 The presidential candidate of the Peoples Democratic Party (PDP), Atiku Abubakar, has assured Ndigbo that he would hand over to them after he completes his tenure.

Atiku, who was addressing Southeast PDP stakeholders in Enugu on Tuesday, vowed to prioritise developmental projects in Southeast and other regions when elected, saying that any project in any State is a favour to Nigeria.

The PDP candidate, who maintained that he would win the 2023 presidential polls, said his great relationship with the Igbos would continue until they assume the presidency after his tenure.

"I am the stepping stone for Igbos to become President of Nigeria.

"I've had a close relationship with the Igbos and this influenced my choices of Senator Ben Obi and Mr Peter Obi as my running mates in my two previous outings as presidential candidate.

"Again, I have chosen another great Igbo here for the third time as my running mate.

"I have three Igbo children and I am saying this for the very first time in public.

"So, my relationship with Ndigbo did not start today," Atiku said.

He also expressed concern over the ongoing sit-at-home in the region which he said had dealt a big blow to the economy of the region and the country at large, calling on elders in the region to speak out against it.