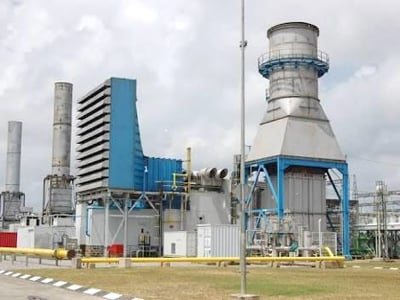 The Ibom Power Company Limited plans to increase its power generating capacity by adding an additional 500MW plant to its current 190MW plant.

Engr. Meyen Etukudo, the managing director of the State Power Company, said this while addressing the press in Uyo, Akwa Ibom State.

He said that the state electricity generating company had acquired the license for 685MW to help address the current electricity challenges facing the region.

He expressed disappointment over the inability of the distribution companies (DISCO) to take most of the energy produced by the state company, thereby leaving the company with little option but to send the energy to the national grid.

‘‘For instance, if I generate 100MW of electricity and the Disco is only able to take 60MW, I send the remaining 40MW to the grid at the National Control Centre in Osogbo, Osun State. But if the Disco can take everything I generate, there is no point sending it to the grid.

He advised the DISCO and the Transmission Company of Nigeria (TCN) to invest in infrastructure development and upgrade because the lack of it is clearly responsible for the setback currently witnessed in the state.

Sunnewsonline reports that the Akwa Ibom State government has taken up the responsibility of TCN by building 132/33KVA and 260MVA at Ikam which he said Vice President Yemi Osinbajo commissioned in 2020.

The Governor, Udom Emmanuel, has increased the generating capacity of the state company by investing more money in the provision of these power plants and other infrastructure.

The MD of the State Genco believes that this gesture will go a long way to solve the frequent power outages being faced in hospitals and schools in the state.

Etukudo said that the state is lucky to have an abundance of gas as the gas pipeline laid to Ibom power company is enough to take about 400 million standard cubic feet of gas, which is enough to take care of phase two of the 500MW power plant.