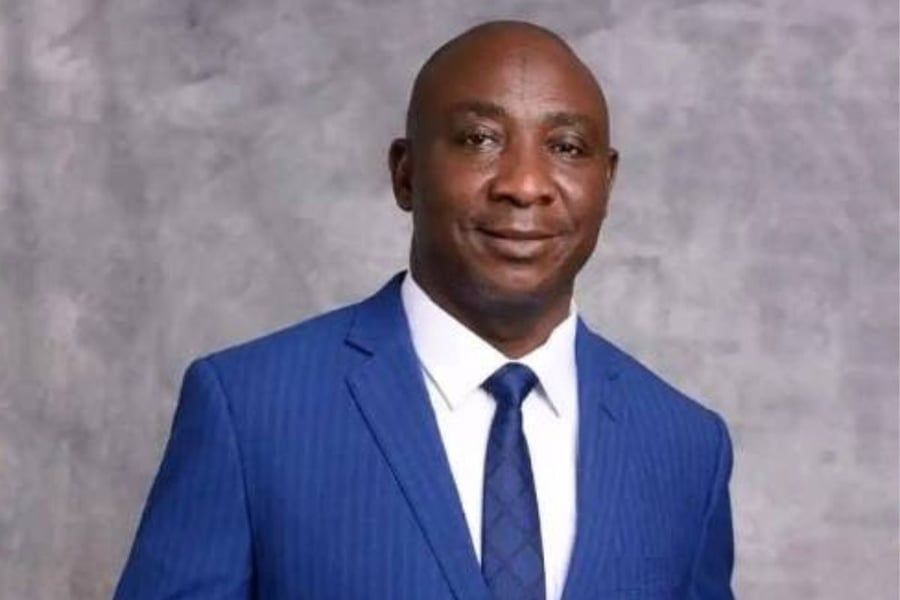 Ibrahim Gusau, a member of the immediate-past Executive Committee of the Nigeria Football Federation (NFF), on Friday emerged as the Federation’s new president.

Gusau polled a total of 39 votes to beat other contestants in the race which went into a run-off.

In the first ballot, Gusau scored 21 votes but could not be declared winner because he did not have 50 percent of the total votes cast, which would have amounted to 22 votes.

Other contestants, such as Chris Emeruwa, Amanze Uchegbulam who had few days ago indicated his withdrawal, and David Doherty did not score any vote

In the second ballot, after a number of withdrawals, Gusau scored 39 votes to emerge winner while Peterside scored one vote.

Earlier at the Congress, former NFF President, Amaju Pinnick, had in his farewell speech commended members of his Executive Committee for their “innovative ideas and the support” given to him during his tenure.

“I cannot thank God enough for His wonderful grace throughout these eight years of my administration as President of NFF.

‘In fact I must say that it has been good, bad and ugly. But in all we thank God for everything.

“Everything you see today would not have been possible without the input of my executive committee members.

“They are the engine room of whatever successes we must have recorded in the past eight years.

“I also want to thank all Nigerian football stakeholders who stood beside us during this administration,” he said.

The election was held under the cloud of a Sept. 15 Federal High Court order which asked for a stay of action on all matters related to electing new Executive Committee members.

However, court papers indicating an appeal has been filed against this court order had emerged on Wednesday evening to give an indication that the order has been vacated.

It is now left to be seen what would follow this development, with reactions expected from the Federal High Court and the Professional Footballers Association of Nigeria (PFAN).

PFAN had obtained the court order against the elections.

It was asking for the status quo to remain until the determination of its suit asking for an expansion of the list of those who constitute the Congress of Nigerian football.