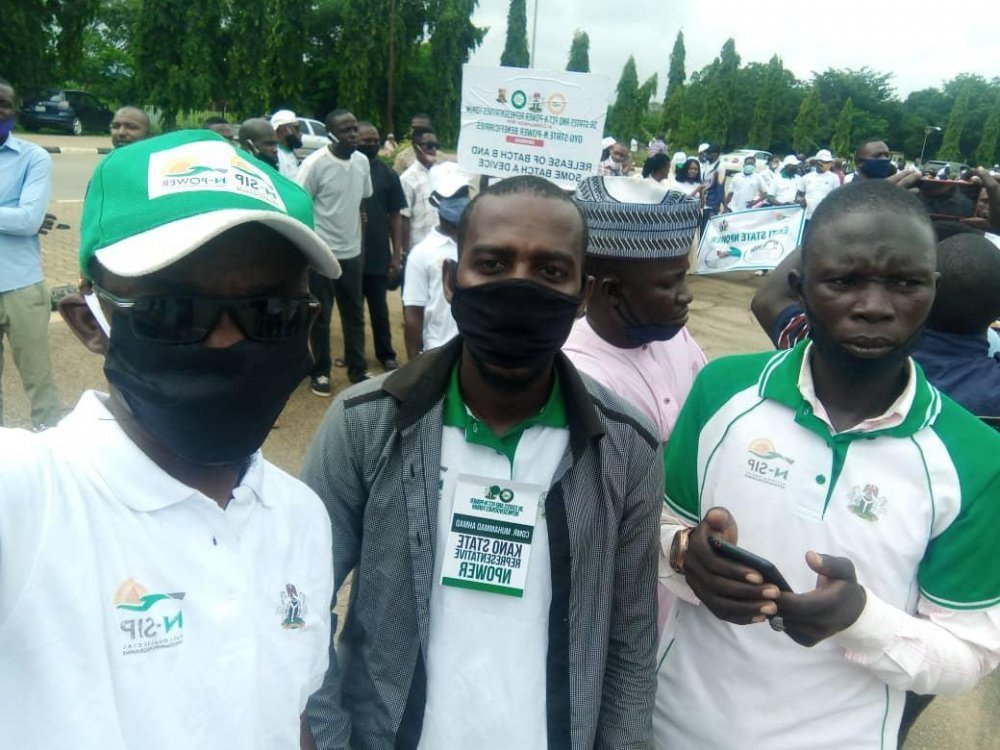 As N-Power Batch A and B beneficiaries await what the federal government has in store for them, a Nigerian social commentator and ex-beneficiary, Mustapha Soron Dinki says 'something very needful must be done by the Federal Government', AllNews reports.

Dinki, who is a foremost youth leader in Kano State, has been vocal with his call for undelayed transition for the exited Batch A and B N-Power beneficiaries.

Recall that Batch A beneficiaries exited the N-Power programme on June 30 after four years in the famed scheme, while their Batch B counterparts officially made their exit on July 31st - after two years.

Meanwhile, these Nigerian youths are currently in the dark regarding their exit/transition package.

"The essence of comradeship is to make positive impacts on the society not only to be a boy of politicians during elections for a handout," Dinki said via a post shared to The Youths-4-Change Network's known Facebook page recently.

"The entire life is what you make.

"We in the N-Power struggles for a bright future never get tired of pushing and requesting for what ought to be done.

"I repeat, it's not easy to lose your job in this volatile and dire economic situation escalated by the deadly sickness called coronavirus. As such, we request for special intervention.

"So, something very needful to be done by the Federal Government of Nigeria in order to address and assuage the suffering of these intellectual youths.

"However, I personally acknowledge the physical efforts of the 36-states' Representatives forum for doing their maximum best in ensuring the happiness of all." 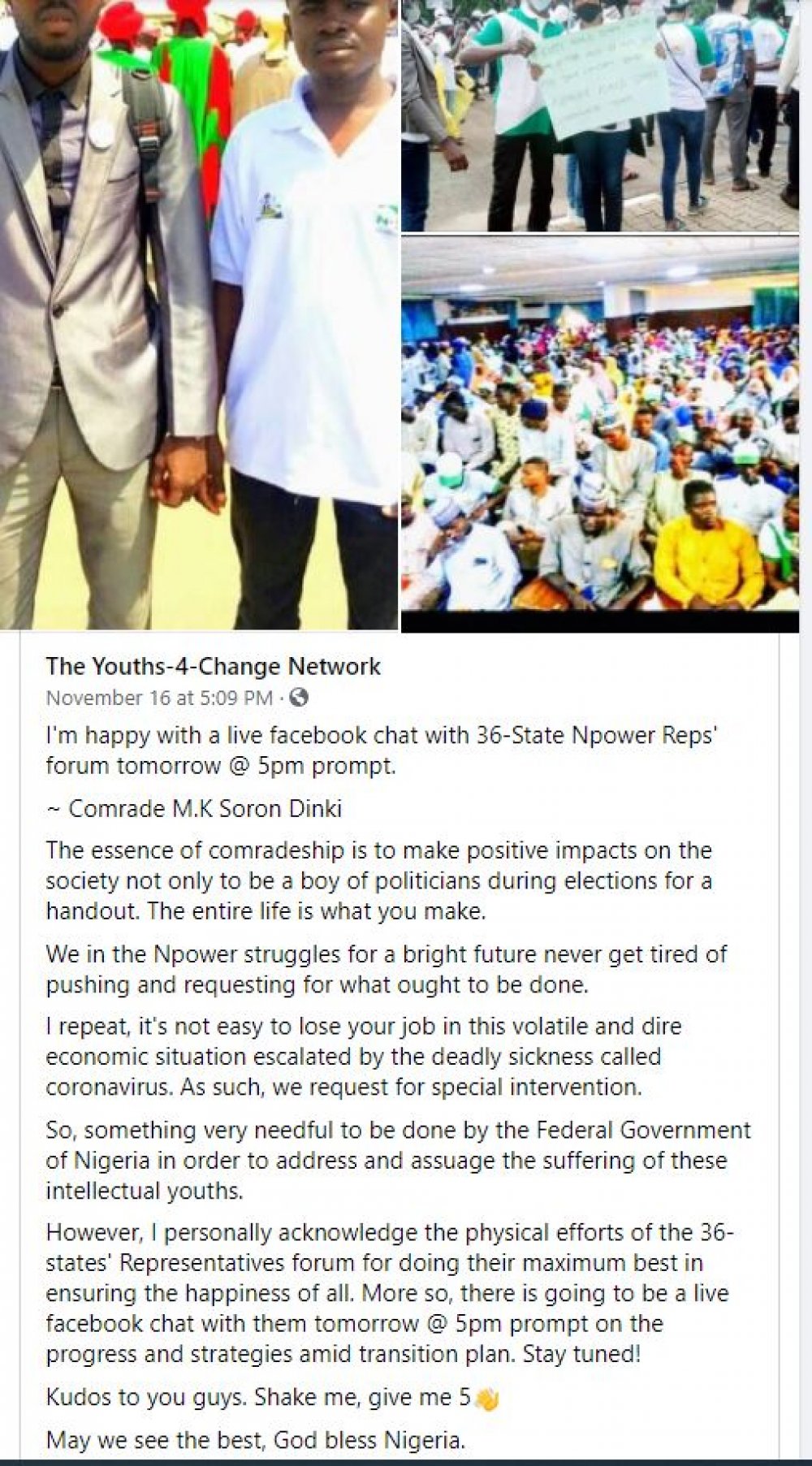 The N-Power was introduced in 2016 as part of President Muhammadu Buhari’s National Social Investment Programme (NSIP), aimed at curbing the incessant increase of unemployment and poverty in the country.

The programme volunteers were paid N30,000 (approximately 79 US Dollars) monthly as stipends and some given tablet computers to aid further learning.

It had five components, which are N-Teach, N-Tax, N-Health, N-Agro, and N-Build.

According to data from the National Social Investment Office (NSIO), as of July 2020, an estimated 500,000 graduates volunteers were in N-Teach, N-Tax, N-Health, and N-Agro which are designed for graduates.

About 26,000 non-graduates were in the N-Build, which consist of automobile, hospitality and technology categories.

AllNews understands that the Nigerian government plans to spend N400 billion on N-Power, TraderMoni, and other National Social Investment Programmes (NSIPs) in 2021.

Out of the SIP components, the N-Teach subcomponent is the most popular, due to a large number of youth deployed to teach in public schools.