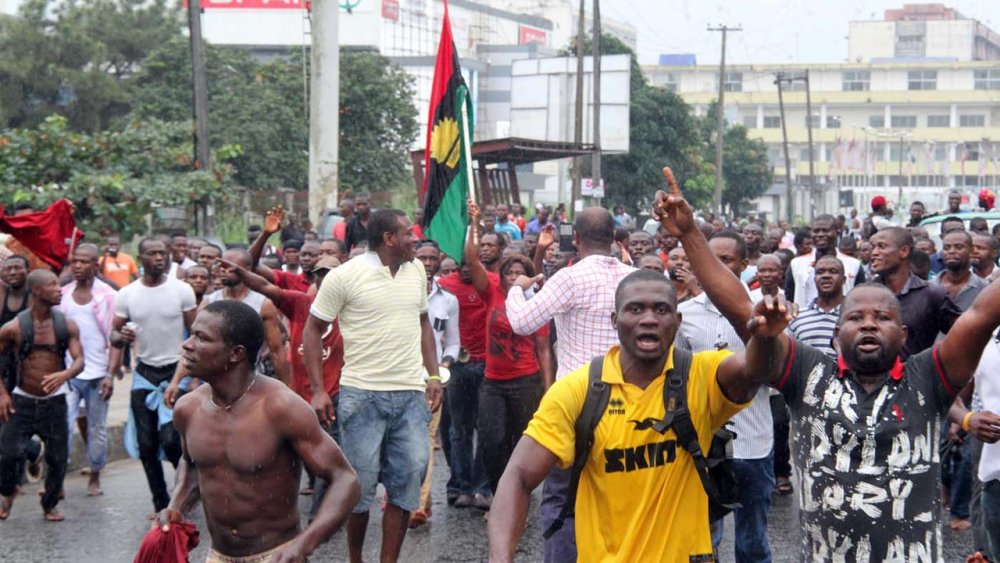 The Movement for the Actualisation of the Sovereign State of Biafra (MASSOB) says the current leadership of Ohanaeze Ndigbo has no agenda for the people of the South-East.

MASSOB also criticised the President-General of Ohanaeze Ndigbo, Prof. George Obiozor, for calling on some politicians of Igbo extraction to get set for Nigeria’s presidency in 2023.

The National Director of Information of the movement, Sunday Okereafor, said according to Punch that Obiozor was aware that it was impossible for an Igbo man to be the president of Nigeria.

Okereafor said it was surprising that rather than support the struggle for Biafra, the leadership of Ohanaeze was angling for an elusive Igbo presidency.

“We, MASSOB, are now telling the new Ohaneze Ndigbo President, Prof. Obiozor, that on Biafra we stand. We were thinking he has an agenda for the Igbo, but he has no agenda,” he added.

MASSOB is a secessionist movement in Nigeria, associated with Igbo nationalism, which supports the recreation of an independent state of Biafra.

It was founded in 1999 and is led by a laywer, Ralph Uwazuruike, with headquarters in Okwe, in the Okigwe district of Imo State.

MASSOB's leaders say it is a peaceful group and advertise a 25-stage plan to achieve its goal peacefully.

There are two arms to the government, the Biafra Government in Exile and Biafra Shadow Government.