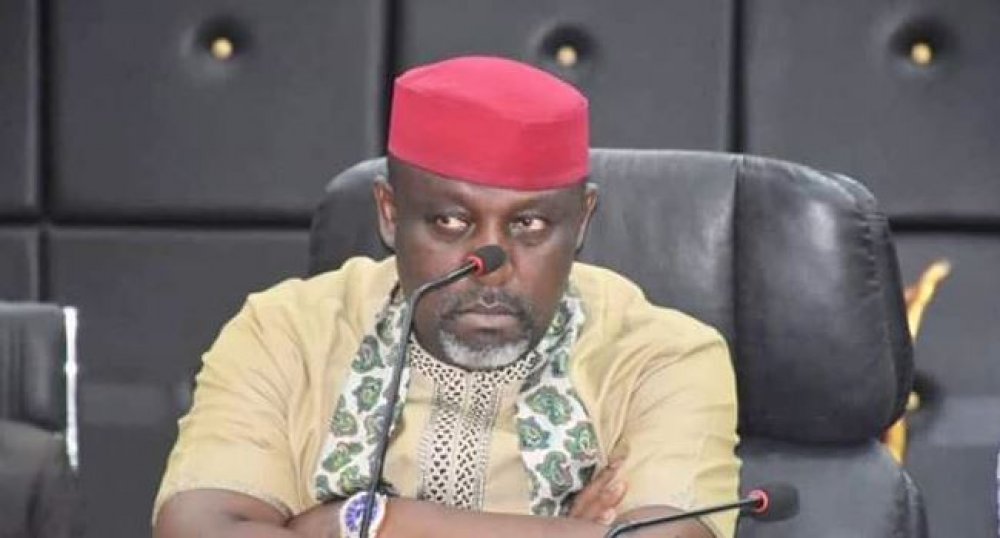 The Ohanaeze Youth Council (OYC) has warned former Governor of Imo State, Rochas Okorocha, that he is endangering his presidential ambition after the 58-year-old revealed his plan to form a new political party.

In a statement on Tuesday signed by Chukwuemeka Chimerue, the special assistant on media to the president-general of OYC, Igboayaka O. Igboayaka, the group told Okorocha to retract his step "and stop fueling crisis in Ohanaeze Ndigbo".

Speaking with pressmen in Enugu on Tuesday, January 19, 2021, the OYC national president reminded Senator Okorocha that the task ahead of Ndigbo is working towards the emergence of a Nigerian president of Igbo extraction which he has indicated interest to run for, stressing that dabbling and interfering in Ohanaeze politics and causing crisis in Alaigbo may bring doubts in the minds of Ndigbo and Nigerians over his presidential ambition.

Comrade Igboayaka advised Sen. Okorocha not to be distracted in his quest to vie for the number one position in Nigeria come 2023 but should use the remaining time ahead of 2023 to reconcile with all political factors and become an ambassador of peace in Igbo land.

Igboayaka further noted that it is unreasonable and unacceptable for Okorocha to be pulling the strings and pushing Chidi Ibe to be distracting the whole Igbo race on his purported election and reckless press releases parading himself as the President General of Ohanaeze Ndigbo.

“The crux of the matter has ended in Prof. George Obiozor’s emergence as the President General of Ohanaeze Ndigbo in the election held on 10th January at Owerri, therefore every progressive and reasonable Igbo person should drop his or her grievances and work with Prof. Obiozor for the overall interest of Ndigbo,” Igboayaka stated.

“Anyone who disagrees to bring what he or she has on the table to join forces with Prof. Obiozor to make Alaigbo politically and economically viable must have a selfish interest to undermine Alaigbo, and such persons must be resisted by Igbo youths across the globe,” Igboayaka further warned.

Igboayaka noted that fundamentally anyone who loves Alaigbo shouldn’t have hand in fueling crisis, or to make Alaigbo a war zone, but should diplomatically aid in maintaining a peaceful atmosphere through dialogue, negotiation and reconciliation.

"No one’s interest can override the general interest of Ndigbo, therefore Prof. George Obiozor has adopted negotiation, reconciliation and dialogue and workable tools to build a new Igbo society and should be embraced by all progressive and patriotic Igbo groups and leaders," OYC's statement added.

Igboayaka noted that Prof. Obiozor the new president-general of Ohanaeze Ndigbo has mapped out agenda for reintegration of all interest groups in Igbo land into the mainstream of political and economic development of Ndigbo in Nigeria political project, which he will unveil very soon in his world press conference.