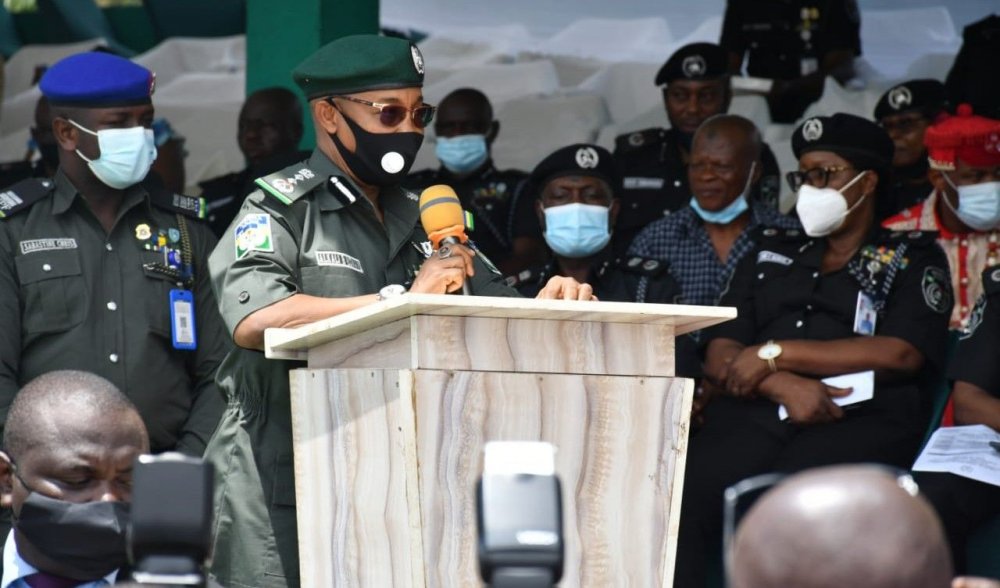 The Inspector-General of Police (IGP), Usman Baba Alkali, has charged the Delta State Police Command to go tough on criminals and members of the proscribed Indigenous People of Biafra (IPOB) in the state.

Alkali, who stated this on Monday during the familarisation visit to the state police command in Asaba, said policemen who could work in Delta could police any part of the country.

He said, “If you are able to work in Delta, you can work in any part of Nigeria. That’s why we are creating more areas command, divisions to bring police nearer to the people.

“You are trying your best but your best is not good enough. Anything that happen in Anambra State will affect Delta State especially the Asaba.

“That is why you must prepare to deal with any criminal especially IPOB group. There are spills over agitation or demonstration from Onitsha to Asaba.

“Brace up to IPOB challenge because it is a proscribed organisation and treat them as such. It is unfortunate that #EndSARS started from Delta State.”

On logistics, the IGP assured the command that bullet-proof vests, teargas canisters, helmets and others would be provided before Anambra election.

Earlier, the Delta State Commissioner of Police, Mohammed Ali, lamented the shortage of manpower especially in marine policing in the state.

Ali stated that of late, the command has arrested over 912 cultists, 217 armed robbers, 194 kidnappers, 94 murderers, adding that 87 kidnapped victims were rescued, while a total of 253 guns and 8,756 ammunition were recovered.

IPOB is a Biafran separatist and Igbo nationalist organization in Nigeria. It says its main aim is to restore an independent state of Biafra in the South East of Nigeria through an independence referendum.