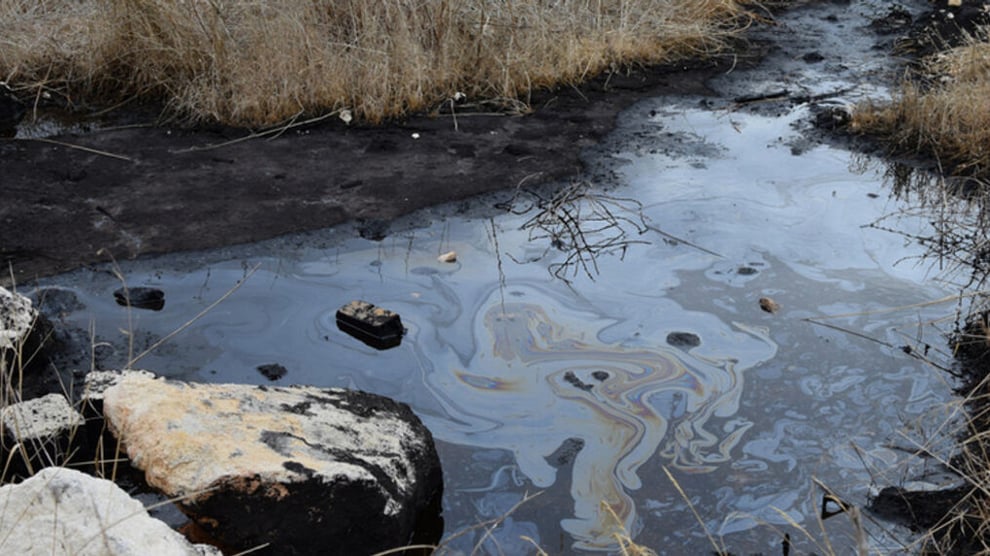 The Ijaw National Congress (INC) has expressed displeasure at Aiteo Eastern Exploration and Production Company over alleged poor response to the Nov. 5 spill from its oilfields in Nembe, Bayelsa.

The group noted that it was wrong for Aiteo to attribute the wellhead leak within its oil bloc in the Nembe creeks to sabotage when a Joint Investigation Visit (JIV) had not been conducted on the incident.

Allnews report on Monday stated that Aiteo Eastern Exploration and Production Company said that it has sought for foreign technical expertise to halt the current oil leak that took place on Nov. 5 at an oilfield it operates in Nembe, Bayelsa.

Director-General, National Oil Spills Detection and Response Agency (NOSDRA), Idris Musa said that a Joint Investigation into the cause cannot be held until the leak is stopped.

Sources close to the impacted fishing settlements along the Nembe creeks told NAN that efforts to plug the leak is yet to yield results as the well continues to spew oil and gas into the environment.

The President of INC, Prof. Benjamin Okaba, said these on Tuesday while briefing newsmen at the national secretariat of the organisation in Yenagoa on the incident, following a visit to the impacted site by its team of environmentalists.

At the press conference, Okaba was flanked by the secretary of the body, Ebipamowei Wodu, financial secretary, Kennedy Odiowei, publicity secretary, Ezonebi Oyakemeagbeha and second vice president, Nengi James, who headed the team that visited the site.

Aiteo, in a statement issued by its Spokesman, Matthew Ndiana, asserted that sabotage was suspected to have caused the leak.

But Okaba faulted Aiteo’s position on sabotage, saying it was capable of jeopardizing the outcome of the JIV that is yet to be carried out as crude is still leaking from the facility.

“First and foremost, we want to express our dismay over the position of Aiteo that the oil spill was caused by sabotage. The INC considers this position as prejudicial and pre-emptive, and it is unacceptable,"

“Since the leak occurred, Aiteo has been complaining that it does not have the capacity to mobilise personnel to clamp the leaking point on the facility,"

“So the question is: without the JIV, how did they come up to ascertain that it is caused by sabotage?” Okaba asked.

The INC leader called on NOSDRA to live up to its responsibility and not compromise on the incident.

“The place is still leaking, it is of a peculiar nature because it is not from the pipeline. It is coming from the flow under, to the extent that it is difficult for any living being to even access the spot of damage,"

“It requires high technology,” he said.

On the donation of four truckloads of food items, medical supplies and N5 million cash to the impacted communities, Okaba observed that the package is paltry considering the number of impacted residents in the 41 communities.

“We are too smart for that kind of dirty politics,” Okaba said.

The operator of the OML 29 asset acquired following the 2015 divestment by Shell, said it has enlisted foreign experts to help cap the leaking well and hopes to stop the leak in a couple of days.