Ikoyi Building Collapse Victims Died Before They Could Be Rescued – LASEMA 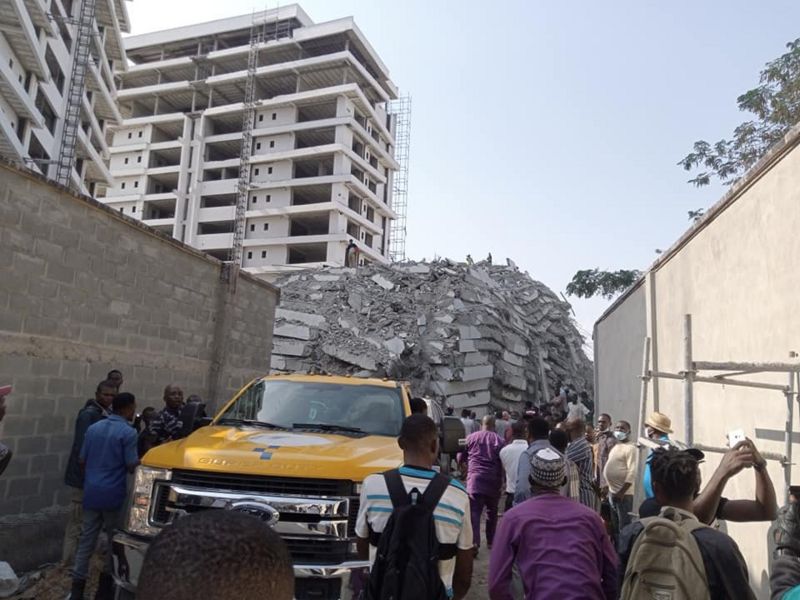 Evidence proved that all victims of the 21-storey building collapse on Gerard Road, Ikoyi, Lagos, died before rescue operations began, an official said on Thursday.

The Director-General of  Lagos State Emergency Management Agency (LASEMA), Dr. Oluwafemi Oke-Osayintolu, made the disclosure during a coroner’s inquest into the November 1, 2021 building collapse where 46 people were killed.

The News Agency of Nigeria (NAN) reports that Oke-Osayintolu was led in evidence by A.S. Odugbemi, counsel to  Lagos State Building Control Agency.

He testified that rescue operations were carried out by both professionals and non-professionals who assisted with equipment.

The official said that LASEMA was confronted with a “classical national emergency” and that as the Incident Commander mandated by Governor  Babajide Sanwo-Olu, he gave instructions to the rescue team.

The Director-General said that the rescue team moved into the scene following a primary assessment, adding that the team partitioned the ‘building’ into Quadrums 1 to 4 and employed heavy and life-saving equipment.

He said that drones and delsa equipment (used for detection of life) enabled both primary and secondary emergency responders to determine that there was no life in the debris before work began.

Oke-Osayintolu was asked by Ola Adeosun, counsel to Prowess Engineering Nigeria Ltd., whether his agency’s actions in the course of the rescue operation led to the death of some trapped people.

“My lord, with my medical background, I have attended to a lot of emergencies within the state and federal, I would say,  ‘No’.

“Where we put the excavator is the first quadrum. We use the delsa to detect if there is someone alive, and I say this type of collapse building was unique.

“When it piled on one another, there would not be air going in, it would compress the victims, and the way our response was operated, we divided the place into quadrums.

“We used a delsa and drone, I can say that probability is close to zero,”  the Direct-General said.

Adeosun further asked, “Are you telling this court that before moving your equipment, you must have confirmed that there was no person alive?”

Responding, the LASEMA boss said, “Hundred percent yes, my lord, there was nobody that died in the course of our intervention, to the best of my knowledge.”

The document was admitted in evidence and marked Exhibit T by the Coroner, Alexander Komolafe.

The inquest was adjourned until February 4.