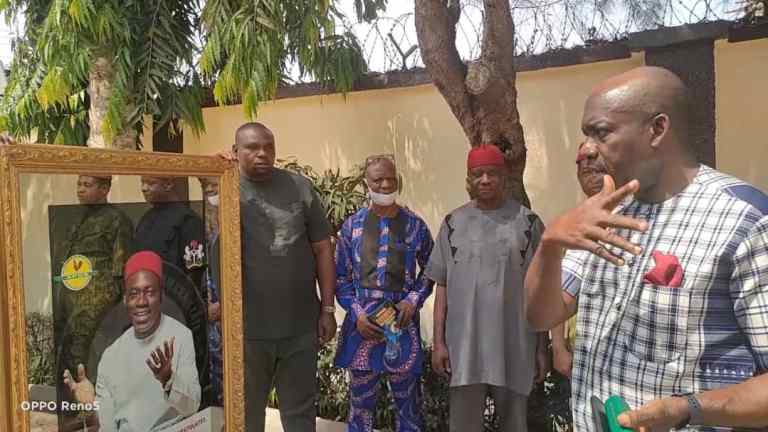 Professor Chukwuma Soludo, the governor-elect of Anambra State  has said that his campaign promises are not mere political statements, but social contracts with the Anambra people.

Professor Soludo said this while welcoming Amanuke elders in council that visited him in his country home Isuofia.

He assured them that his administration will ensure the even development of all the communities and discouraged Anambra communities from trooping to his community for solidarity visits.

The Anambra Governor-elect said he is committed to the transformation of the state, stressing that he will ensure impactful leadership and realization of his campaign promises.

He said the task before him was huge and that his vision for a better and industrialized Anambra State was achievable and as such, all hands must be on deck to actualize his vision for the state.

On his part, the Leader of the Amanuke delegation, Barrister Jonas Okolo thanked the Governor-elect and assured him of the support of the Igwe elect of Amanuke, Chief Dennis Ezebuilo, Amanuke Elders Council and all Amanuke people.

The delegation among other things, expect to see a quantum leap in the economic transformation of the state and Amanuke Eri and the development of human capital especially in the productive sector of the economy, under the new administration.