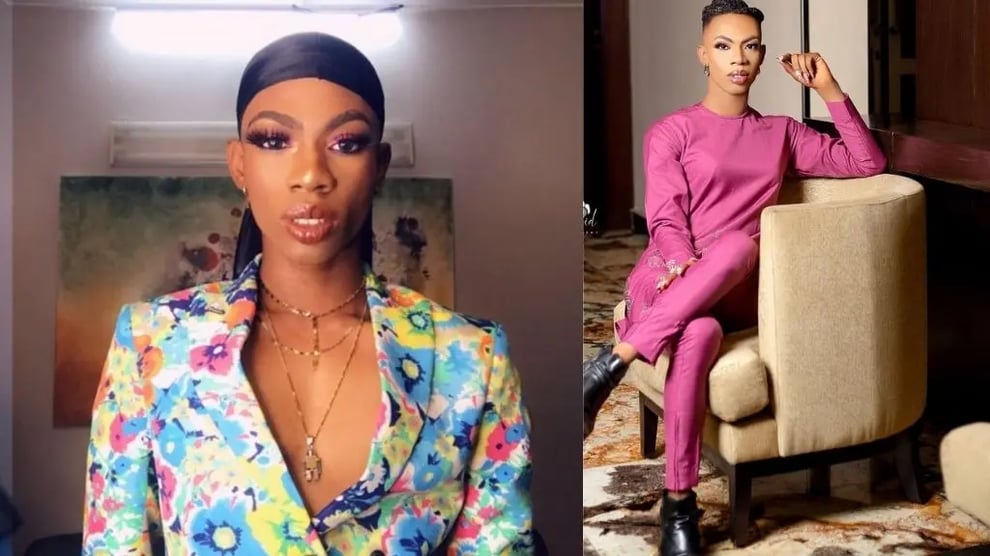 James Brown has asked people never to call him a crossdresser again as he is a drag queen from the United Kingdom.

He shared a series of photos of himself on his Instagram page, noting that his goal and mission are far behind people's imagination and they cannot comprehend it.

Furthermore, he declared himself a goddess in human form and went on to hail himself as royalty.

“Never you call me A Crossdresser. I am a drag queen from UK,” James Brown wrote.

“Because my goal and my mission are far behind your thought and imagination that you can’t comprehend. Am a goddess in a human form

“A long line blood of royalty from Queen Dowanga daughter of the Goddess of love Duchess of London represents in Africa as the princess of Africa.”

Recently, comedian Okey Bakassi claimed that crossdressers are all poor people in Nigeria.

The comic actor made this claim during the Lagos Talks show on 91.3FM, where he stated that he has yet to see a wealthy crossdresser in Nigeria.

According to him, crossdressers are a group of poor people who couldn't afford clothes (trousers) and instead wore wrappers, which were later replaced by skirts.