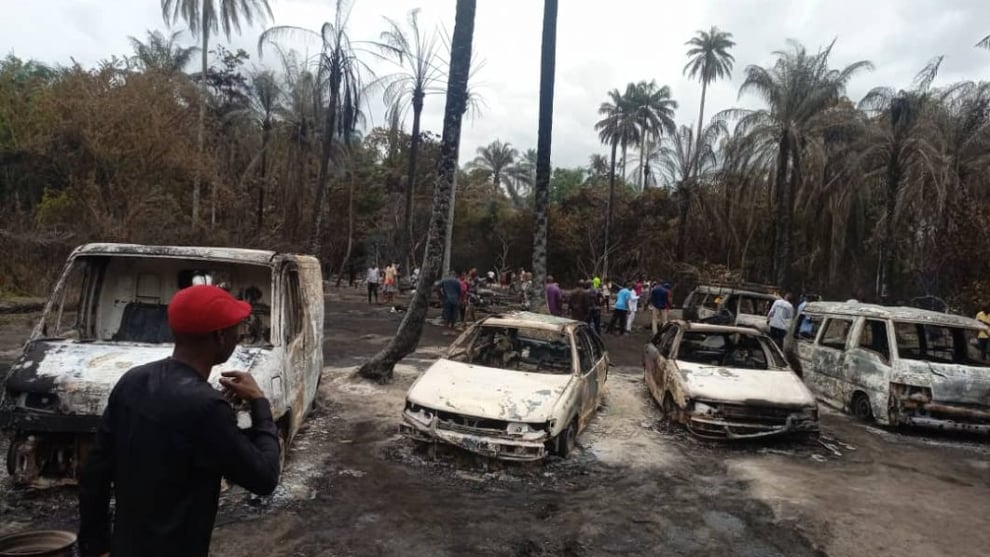 No less than 109 individuals were killed in the fire that gutted an illegal refinery at Abacheke Kpofire in Egbema community, Ohaji/Egbema LGA of Imo State.

Investigations by Daily Post revealed that the incident which took place on Friday night led to the loss of lives, with some persons still missing as of the time of this report.

Ifeanyi Nnaji, the Head of Operations of the National Emergency Management Agency (NEMA), while confirming the occurrence had said that only 20 persons perished in the inferno.

However, while giving an update on Saturday, Nnaji disclosed that 109 bodies had been recovered while others were missing.

"It was more serious than we envisaged. As of this evening, we have counted 109 bodies on the ground while countless others fell into the river and others died inside the refinery", he stated.

The Imo State Commissioner for Petroleum Resources, Goodluck Opiah, further revealed that the operator of the illegal refinery, Okenze Onyenwoke, is presently at large.

It was also discovered that six cars were burnt in the inferno.