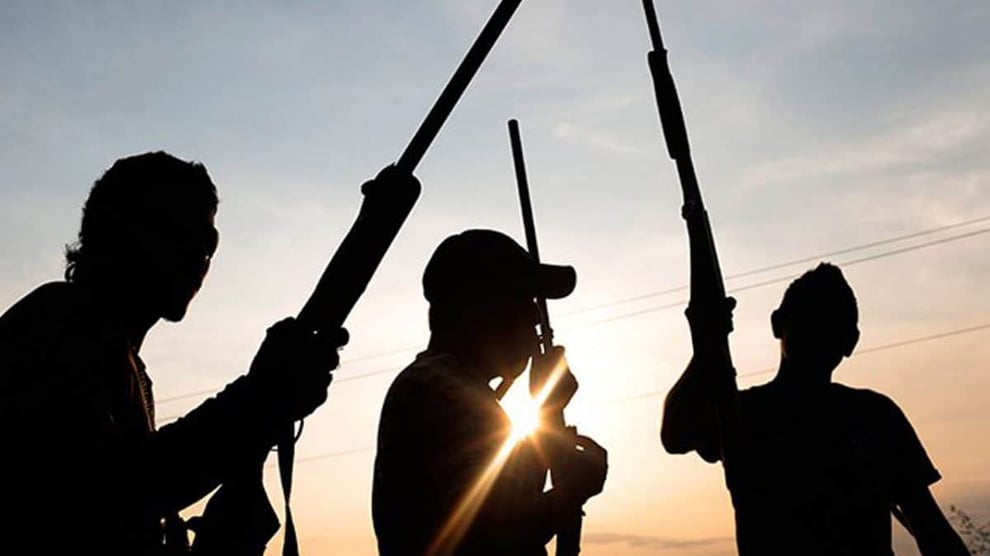 Residents in Imo State staged a protest on Monday after gunmen suspected to be operatives of Ebubeagu Security reportedly shot and killed seven wedding guests.

Per a Punch report, the tragedy occurred on Sunday and has instilled fear in the hearts of those living in the vicinity.

The guests were returning to their community Otulu in Oru East Local Government Area of the state from Awomama in the neighbouring Oru West LGA when the gunmen opened fire on them.

Nnamdi Agbor, the President General of the Otulu community, spoke with a correspondent of the aforementioned news outlet and disclosed that the seven victims died on the spot.

“Our people were coming back from Awo Omamma around 7 pm after a traditional wedding. Ebubeagu operatives saw them in motorcycles and opened fire on them.

"As I speak to you, we have recovered seven dead bodies who are our people. Five are missing, two are critically injured and hospitalised, while the other person who sustained a minor injury has been discharged.

“This is very unfortunate. Our people are angry. They are protesting. There was no cause for the killing. They were just riding home when the Ebubeagu Security outfit opened fire on them. This has never happened before.

“We have reported the incident to the security agents. The commissioner of police and the commander of the 34 artillery Brigade command Obinze have visited.

"The DPO is also assisting. I have reported the killing to the member representing us in the parliament.

“The celebrant is Chijioke Nnanna. Those arrested are Uchenna Orjiribeka, Chido Ekesinachi and Nnamdi Ekesinachi.

"Those in the hospital are Oluebube Agbor and ThankGod Iheukwumere. Those who were killed are, Chigozie Obinwa, Ozioma, Chikere Anyadioha, Ifechi Ekesinachi, Emeka Ekesinachi, Aboy Ihegboro and Chijindu. Five people are still missing", he shared.

The incident was confirmed by the Police Spokesperson, Micheal Abattam, who added that an investigation had begun.