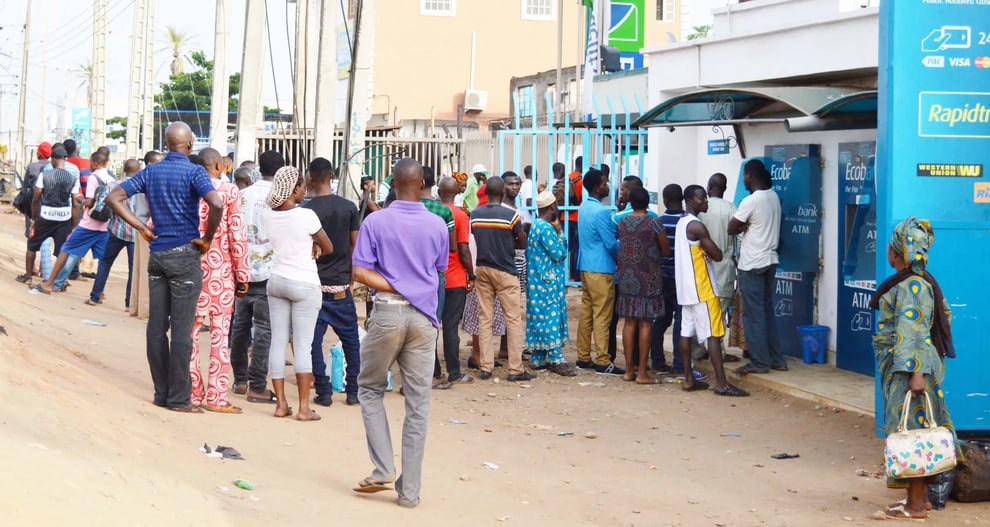 As the country marks its 62nd Independence Anniversary, various banks customers  in the Federal Capital Territory (FCT) have lamented the poor network experienced in their financial electronic transactions

Some of the customers who spoke with the News Agency of Nigeria (NAN) in Abuja on Saturday said the development did not portray the spirit of celebration in the country.

Speaking, a civil servant, Ekaitte Ibim said the situation is frustrating and discouraging and it negates the financial inclusion initiative of the Central Bank of Nigeria (CBN).

”I came to the market here in Nyanya to buy foodstuff for my family but I have gone round three bank ATMs but all of them were temporarily unable to dispense cash.

”This is frustrating because I want to withdraw a huge amount of money to enable me do my family shopping for the month now that salaries have been paid.

”I have been going round and round looking for ATM that dispenses cash and I don’t have enough time.

”The only one I saw, the crowd there was so discouraging.

Ugochukwu Chijindu, another bank customer and a businessman urged banks to ensure the effective functioning of their ATMs.

”This is very annoying, I have been standing in this ATM queue for some hours now.

”We are celebrating 62 years of the country and banks are making us suffer with our own money.

”I want to withdraw some money to take my children who have been disturbing me out in the evening.

”At least, to give them a little treat that I can afford.

”I also left my business for someone to be here thinking that I will finish immediately.

”Some machines are working while some are not.

"Banks should find a lasting solution to all these,” he said.

Edward Obando, a bank customer in Kubwa said the situation was terrible in the area.

Obando said he also visited a Point of Sale (PoS) operator only to discover that the man did not also have enough money to dispense to him.

”Even the PoS man told me he didn’t have enough cash to give me because he could not withdraw from the bank.

”Things like this usually happen during the weekend and holidays,” he said.

”From my experience in this business, I have noticed that the bank’s network for electronic transactions is usually poor during the end or beginning of the month.

”So many people are accessing the network because salaries have been paid. It will soon normalise,” Nnanna said.

Bank staff in one of the new generation banks who preferred anonymity said there is nothing to worry about as the situation is under control.

The staff said, “We have people who come to load money in the ATMs even during weekends and holidays.

”I do not think they will fail in their duties,” the staff said.