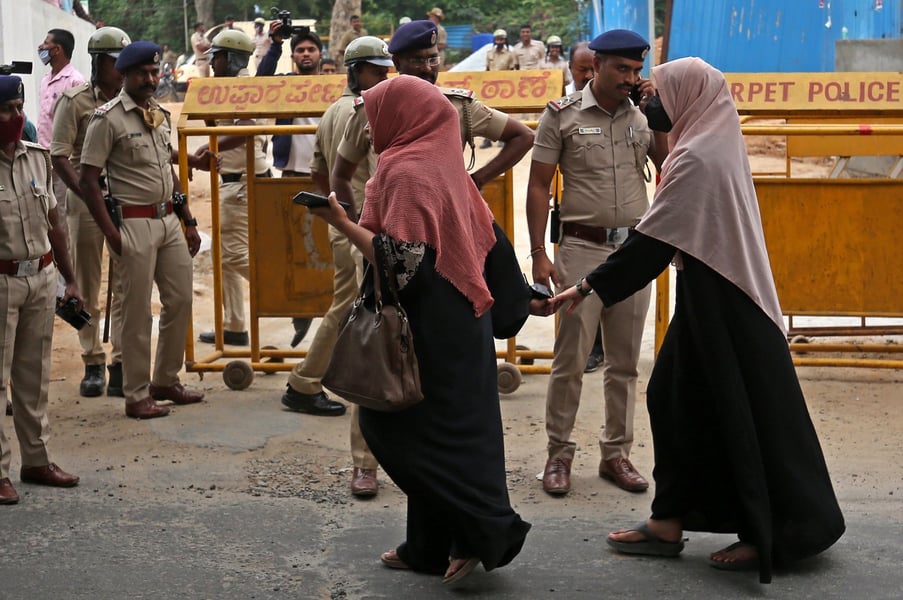 A court ruling in India upholding a ban on Muslim students wearing Hijabs in schools has sparked more criticism from constitutional scholars and rights activists.

This is amid concerns of judicial overreach regarding religious freedoms in the country.

Even though the ban is only imposed in the southern state of Karnataka, critics worry it could be used as a basis for wider curbs on Islamic expression.

In a Daily Sabah Saturday report, Faizan Mustafa, a scholar of freedom of religion and vice chancellor at the Hyderabad-based Nalsar University of Law said; "With this judgment, the rule you are making can restrict the religious freedom of every religion."

"Courts should not decide what is essential to any religion.

"By doing so, you are privileging certain practices over others."

Also, Ayesha Hajeera Almas, one of the women who challenged the ban in the Karnataka courts said; "What if the ban goes national? Millions of Muslim women will suffer."

Before the verdict, more than 700 signatories, including senior lawyers and rights advocates, had expressed opposition to the ban in an open letter to the court’s chief justice, saying, the imposition of an absolute uniformity contrary to the autonomy, privacy and dignity of Muslim women is unconstitutional.

The dispute began in January when a government-run school in the city of Udupi, in Karnataka, barred students wearing hijabs from entering classrooms.

The school said the Hijabs contravened the campus' dress code, and that it had to be strictly enforced.

Some group of female Muslim students sued on the grounds that their fundamental rights to education and religion were being violated.

And a 3-judge panel, which included a female Muslim judge, ruled last month that the Quran does not establish the hijab as an essential Islamic practice and it may therefore be restricted in classrooms.

The court also said the state government has the power to prescribe uniform guidelines for students as a reasonable restriction on fundamental rights.

Muslims make up just 14% of India's 1.4 billion people, but nonetheless constitute the world's second-largest Muslim population for a nation.