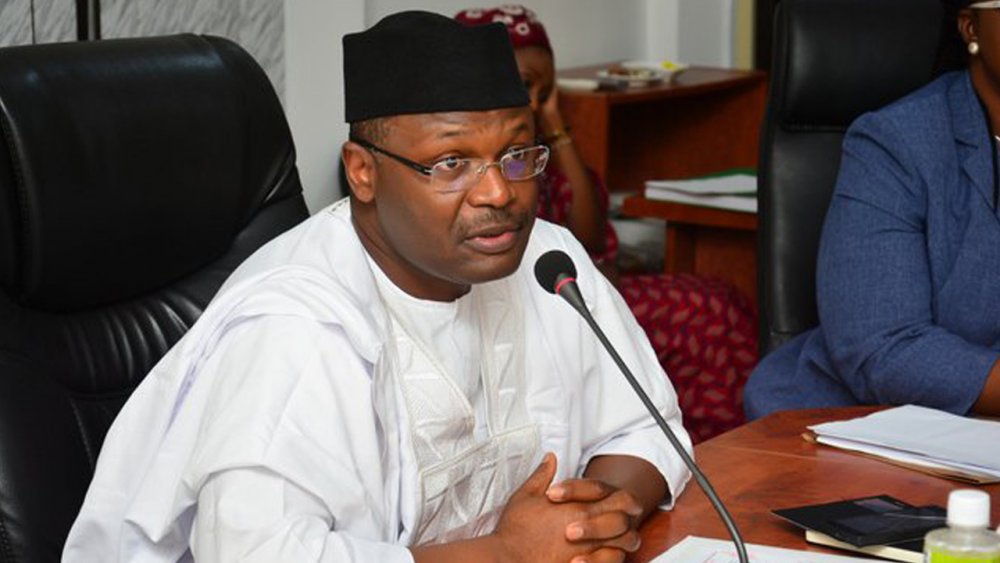 The Nigerian Senate has confirmed the re-appointment of Mahmood Yakubu as the Chairman of the Independent National Electoral Commission (INEC).

Confirming Yakubu's appointment during the Tuesday plenary session of the Senate, the lawmakers unanimously agreed that Yakubu deserved a second term as the chairman of the commission.

Yakubu's re-appointment was confirmed after Ibrahim Gaya, the chairman of the Senate Committee on INEC presented a report for consideration by his colleagues.

“The nominee displayed high intelligence and he has the temerity to hold office of the chairman.

“The nominee has met the requirements of section 451 and section 41 (i)(ii) of the third schedule part 1f contained in the 1999 constitution of the republic of Nigeria as amended.

It will be recalled that Yakubu was nominated for re-appointment after the expiration of his first tenure as the commission's chairman in November.

AllNews had last week reported that the lawmakers will during their plenary session this week confirm the appointment of Yakubu as the chairman of INEC.