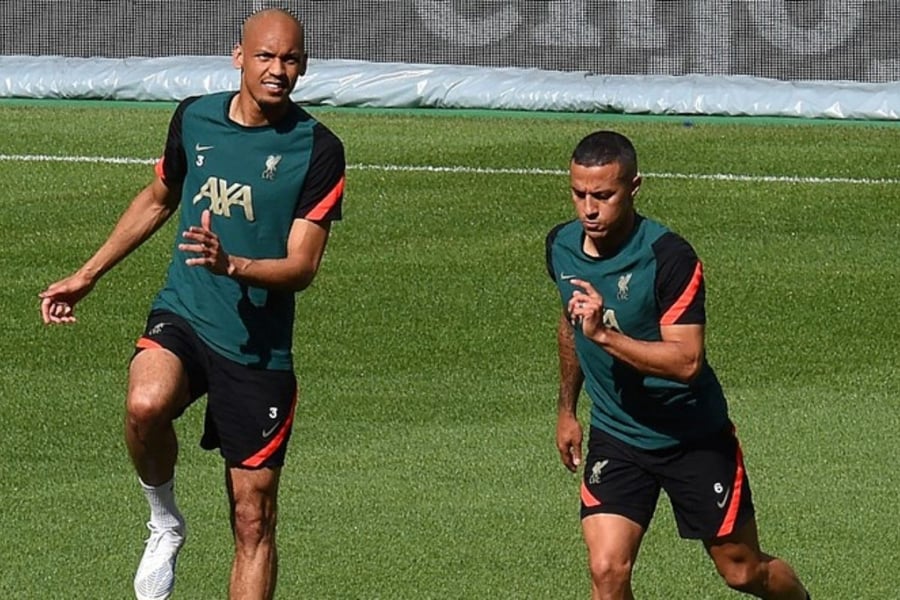 Spanish playmaker Thiago was brought off at halftime of Liverpool's 3-1 win over Wolves last weekend nursing an Achilles problem.

Brazilian midfielder Fabinho has not featured since sustaining a muscular injury in a 2-1 win at Aston Villa on May 10.

However, the former Monaco man took a full part in an open training session in front of the media on Wednesday.

"Thiago Alcantara and Fabinho will be included in Liverpool’s travelling squad for the Champions League final against Real Madrid," Liverpool said in a statement.

"The pair will be among the players journeying to Paris for Saturday’s clash at Stade de France following injury concerns and are set to come into contention to return."

Both players have been pivotal to Liverpool's stunning season that has already seen them lift two trophies in the League Cup and FA Cup.

Jurgen Klopp's men missed out on the Premier League title by a single point as Manchester City needed a stirring comeback from 2-0 down against Villa on Sunday to claim a fourth championship in five seasons.

However, the Reds can make amends by lifting a seventh European Cup against the most successful club in the competition on Saturday.