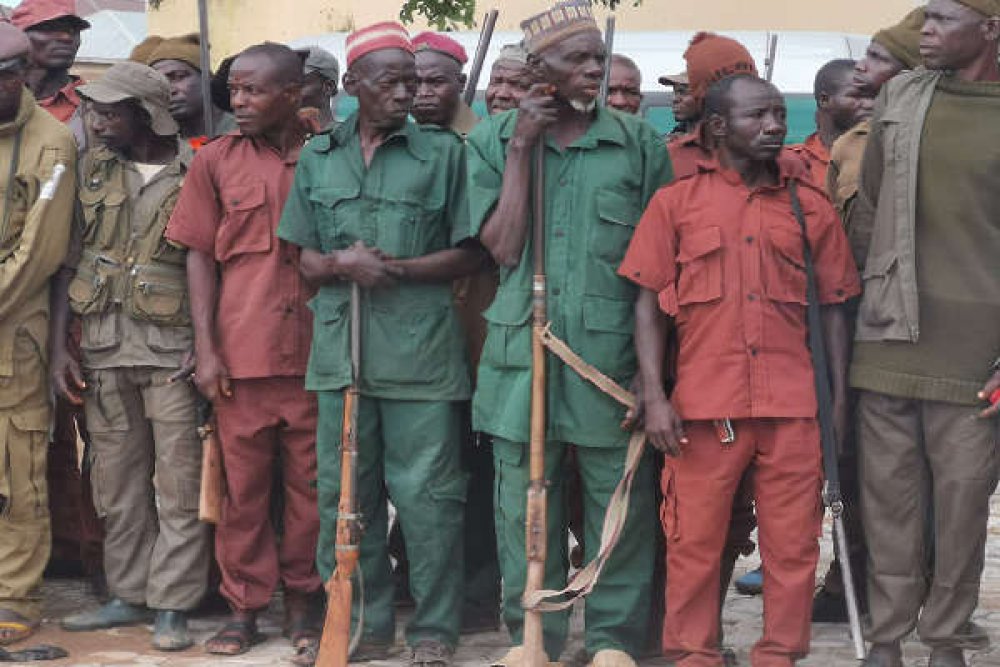 Governor Babagana Zulum of Borno has inaugurated 1,000 volunteer hunters to complement the efforts of security agencies to counter-insurgency.

Addressing the hunters in Khaddamari village, Jere Local Government Area of Borno, Zulum commended them for the sacrifice and support to his administration in its sustained efforts for peace and security in the state.

Zulum assured them of logistics support and monthly allowances to ginger them in the onerous task.

“What we are witnessing today is the inauguration of 1,000 members of volunteer hunters to protect the farming communities in four Local Government Areas (LGAs).

“These farming communities are within Maiduguri, Jere, Mafa, and Konduga LGAs,” Zulum said.

He lauded Representative Ahmed Satomi (APC-Borno), and State Assembly members from the affected local government areas for their contributions in mobilizing the hunters for the selfless service.

Earlier, Satomi, said the decision to mobilize the hunters who had been screened by relevant security agencies was in line with the commitment of the state government to enhance security in the state.

It was gathered that Governor Zulum has visited Mulai and Daiwa communities, on the outskirts of Maiduguri and also met with security operatives, to begin modalities for re-opening of farmlands along that axis, so as to avoid livelihood crisis.

Zulum said that the decision to reopen farms was in compliance with the directive of President Muhammadu Buhari to the Nigerian military and other security agencies to work with the state government and come up with modalities that would allow people to access their farmlands.