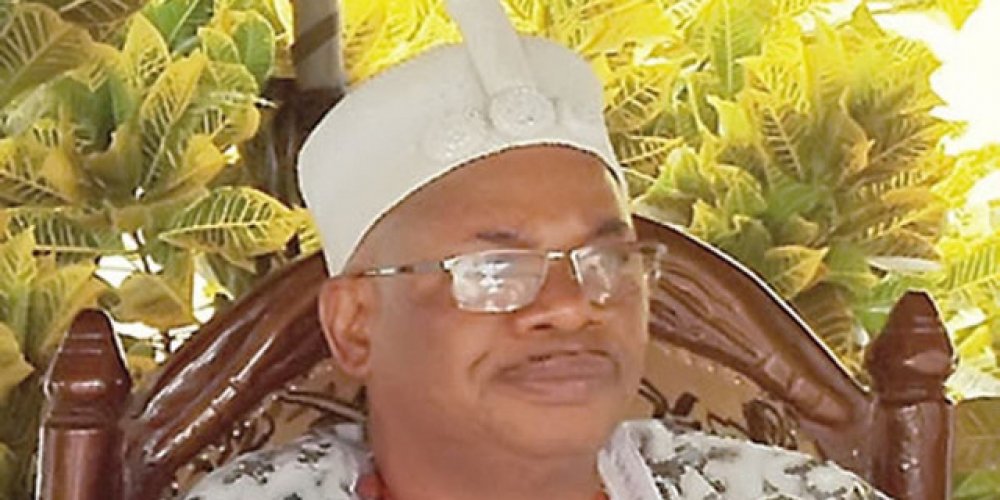 Oba Gbadebo Adedeji, Owa Ooye of Okemesi-Ekiti, says traditional powers, known in local parlance as “African Juju’, have the potency of ending the current spate of kidnappings and other crimes in the country.

The Oba made this known in Okemesi-Ekiti, Ekiti West Local Government Area of Ekiti, at a news briefing preceding the grand finale of the 2021 biennial Okemesi Cultural Festival, slated for Saturday, May 8.

Adedeji, a former Chairman of Ekiti Council of Obas, said it would therefore be wrong and erroneous for the people to abandon their belief in such alternative means of curbing crimes.

According to him, optimal use of African traditional powers will help in checkmating activities of bandits, especially wanton killings and kidnappings which now occur almost daily in many parts of the country.

He said, for instance, no traditional ruler could be kidnapped so cheaply, except those who had made the mistake of jettisoning their beliefs in African charms and powers.

The Oba pointed out that culture has become a veritable source of income to many nations, saying the story should not be different in Nigeria.

He appealed to the government to upgrade the Okemesi Cultural Festival, where the popular legendary masquerade, ‘Oladunwo’, was usually unveiled for residents, visitors, and tourists to watch.

” I believe that going traditional will curb these senseless killings and therefore not out of place.

“In the days of the old, there were wars and we had unique ways of fighting them and winning. Some people don’t believe in it, because newfound religions have taken over and reduced our faith in traditional power.

“Some traditional rulers say they can’t use charms to protect themselves, this is hypocrisy.

“We are custodians of tradition and not wasters. Why are we running away from our tradition? How can an Oba be killed or kidnapped like a chicken? I find it appalling and difficult to believe.

“It is not only the Obas, all of us must work hard to protect ourselves. Our forebears believed in God.

“When did this insecurity start? Obas must get involved in the tradition. Now I am happy that a lot of people are going back to that time of the old to defend themselves,” he added.

Speaking about the relevance of the cultural heritage, the Oba said it would help in exposing the town’s tourism opportunities like the Agbona Hill, the Fabunmi hall of fame, and others to the outside world.

The traditional ruler appealed to the Federal and state governments to do the needful and upgrade the festival to international status.

“The Ladunwo masquerade is our age-long cultural heritage, celebrated in secrecy before, but because we want to market it to the world, we have relaxed the myth surrounding it.

“Nigerians do go to Cuba, Brazil, and other Caribbean countries to watch all these, why not here in Okemesi or Nigeria?

“Osun Osogbo, Argungu Fish Festival, Ojude Oba in Ijebu, Calabar Carnival, and many others are changing the economy of the nation and we want Ladunwo too to gain recognition globally.

“We have established a website for the festival to advertise this ceremony to the world because we are resolute to convert the culture to economic gains for our people and Ekiti,” the Oba said.

He disclosed that the town had been working with the Police, Amotekun corps, Nigerian Security and Civil Defence Corps, Oodua Peoples Congress, and local hunters to monitor the security situation for the safety of tourists during the festival.