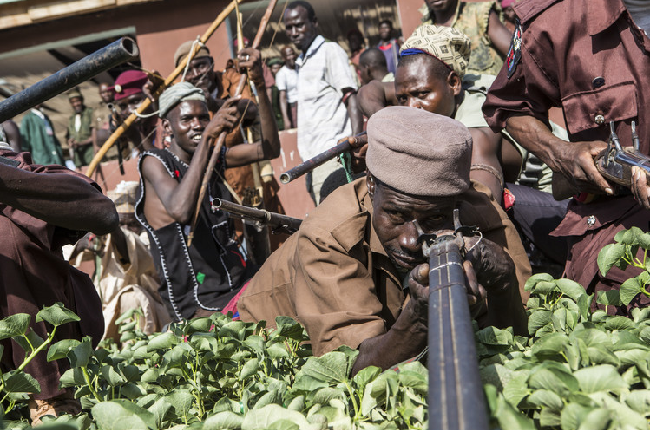 Two kidnappers operating within the terrain of Ochadamu village, Ofu Local Government Area of Kogi on Wednesday, met their Waterloo in the hands of local security hunters after a gun battle.

Mohammed Musa, an official of the local government disclosed this to newsmen in a statement on Wednesday.

Musa noted that the kidnappers were killed just a few days after attempting to kidnap innocent commuters plying the route after the Easter celebration.

“The criminals were initially engaged in a gun battle with men of the Nigeria Navy with two members arrested.

“After discovering their hideouts in Ochadamu, the hunters ambushed the criminal elements at about 2 a.m. on Wednesday.

“The suspect, who engaged the hunters in a gun duel for over 40 minutes, had two of their members gunned down while three escaped with varying degrees of injuries,” Musa said.

Reacting to the development, Governor Yahaya Bello in a statement by his Chief Press Secretary, Onogwu Muhammed, commended the efforts and synergy of the security operatives in the state.

Bello urged the security operatives to sustain the efforts in combating various acts of criminality within every border of the state.

The governor also urged that no section of the state should be left to witness any act of insecurity.