Insecurity In Nigeria: 'State Police Not An Option', Says Buhari 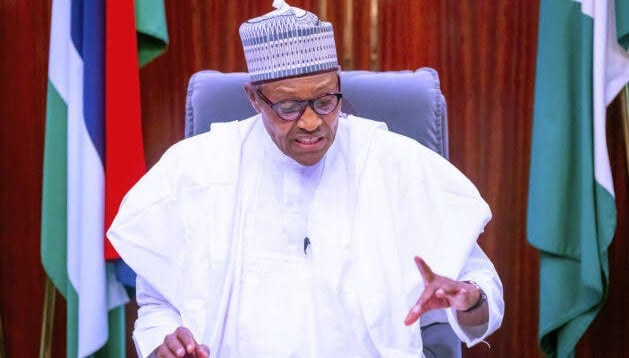 President Muhammadu Buhari has disclosed that the state police is not an option in solving the security challenges facing the country.

Buhari stated this during an interview on Channels Television on Wednesday morning, adding that state police was not a good option for curbing the unrest in the nation.

He stated that the role of tradtional rulers must not be undermined because in their areas, they know who is who by family and individuals.

"The creation of state police would lead to other issues in the country, state governors will abuse their powers and use the police to harass their opponents", Buhari said.

“Find out the relationship between local government and the governors. Are the third tier of government getting what they are supposed to get constitutionally?

Speaking further, Buhari acknowledged the huge role traditional rulers play in bringing peace to communities, adding that more dialogue should be carried out in resolving clashes across the country.

“The role of traditional rulers must not be undermined because in their areas they know who is who, even by families, not to even talk of individuals.

"So, we have to revert to that system for us to have effective security in the localities.

“For example, there were two governors that came to see me about problems – Oyo State and one other state – because the herders were in their forests but the animals were going into the neighbouring farms and eating the crops.

"I said, as far as I know, the farmers and herders have been co-existing in Nigeria for generations.