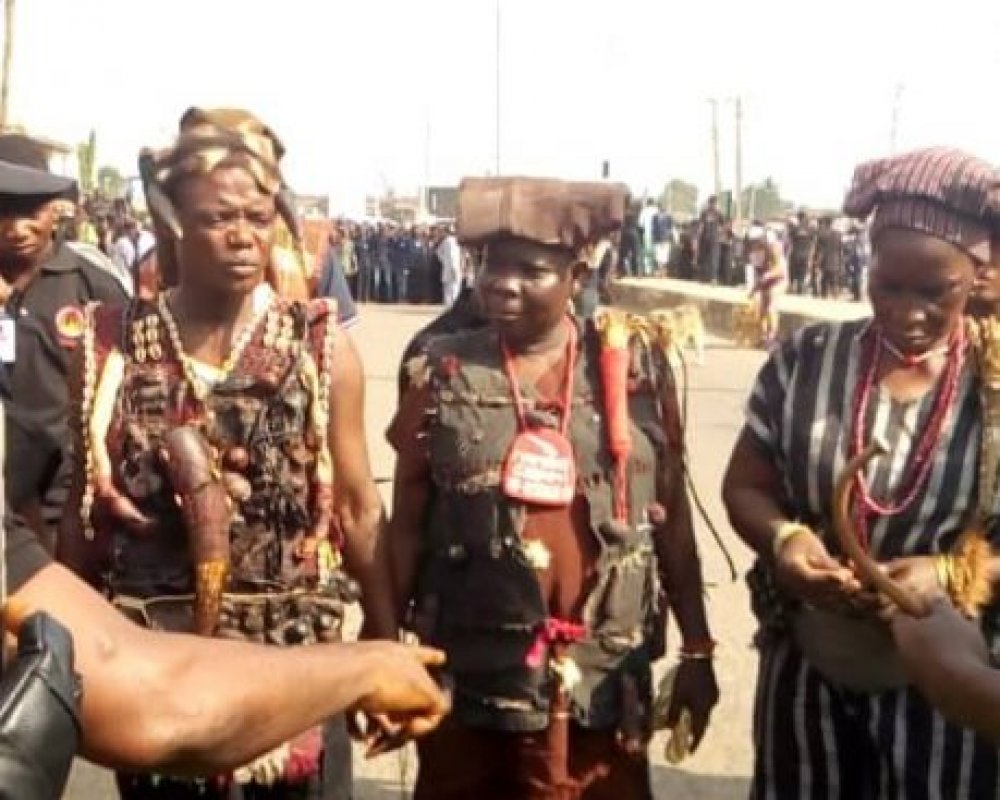 A group of local hunters in Osun have called for collaboration with the government at all levels on the use of the orthodox policing system to tackle insecurity across the country.

The Head of hunters in Ijesa Land, Chief Ogunbiyi Akamo, made the remarks at a programme organised by Civic Engagement Centre in Ilesa, Ilesa East Local Government Area of the state on Wednesday.

Akamo said the government needed to maximise the potency of the local hunter's prowess to complement modern policing to minimise the spate of insecurity in the country.

“However the government must strive more to come up with a robust arrangement for internal security that will make a difference and reflect community participation.

“Through the use of local security outfit which could be more driven by local intelligence system due to their familiarity with the people”, Akamo said.

He commended Governor Gboyega Oyetola, on his developmental thrive in the state.

Also speaking, the Obanla of Ijesa land, Dr Matthew Ogedengbe, commended the governor for putting in place adequate security for sustainable peace in the state.

In his remarks, the speaker of the State House of Assembly, Mr Timothy Owoeye, said the government would continue to make policies that would be of benefit to the masses.

The Special Adviser on Civic Engagement, Mr Olatunbosun Oyintiloye said the essence of the programme was part of the resolve of Oyetola’s administration in strengthening democratic ideals through participatory and inclusive governance.

Oyintiloye however, assured the people that all their aspirations and demands would be given adequate consideration.