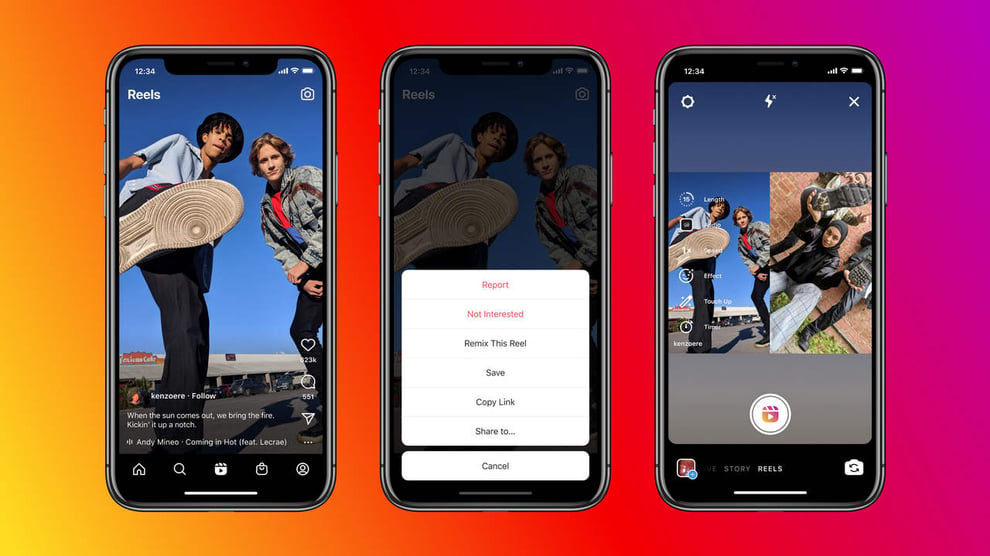 Meta-owned photo-sharing network, Instagram has announced the launch of new features, including 90-second Reels, in order to enable creators to engage more with their audiences.

Instagram stated that Reels will henceforth be extended to 90 seconds, allowing individuals to reveal their true selves on the platform.

Starting today, you’ll be able to:

In a blog post, the firm stated, "You will have more time to reveal more about yourself, record more behind-the-scenes films, dig deeper into the complexities of your material, or whatever else you want to do with that extra time."

"Use the import audio tool to add commentary or background noise from any video on your camera roll that is at least five seconds long," the business explained.

A new feature allows producers to poll their audience about what should happen in their next video, allowing them to help influence the storyline.

The Meta-owned platform just released Templates, which allows users to quickly make a reel by copying one from another. Its pre-loads the audio and clip placeholders, leaving users with only the task of adding and trimming their own clips.

"We will continue to invest in building new ways for you to connect with your audience and entertain on Reels.

"We can't wait to see what you come up with and the creative ways you use these new tools!" the company said.