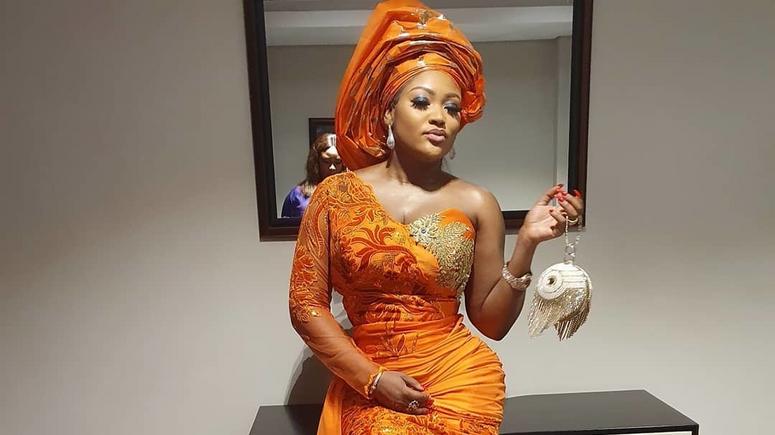 Actress Uche Elendu is currently being called out on social media by an Instagram user for allegedly bullying her sister in secondary school.

The Instagram user identified as ij_dinobi took to her Instagram story to call out the actress after Elendu condemned the unfortunate demise of 12-year-old Sylvester Oromoni of Dowen college who sustained injuries after he was allegedly beaten up and tortured by his fellow students for refusing to join a cult.

On her Instagram, Elendu described the events leading to the demise of Oromoni as wickedness, adding that Dowen College is not capable of being an institution of learning for children.

She further asked that the suspects who she described as 'untrained heartless boys' be provided, alongside their parents.

However, Ij_Dinobi condemned Elendu, calling her a hypocrite for condemning an act that she had once done.

Ij_Dinobi stated that her sister recently saw Elendu at a wedding and was still scared despite already graduating from secondary school.

"There is one actress that bullied my sister in secondary school. She too is writing #JusticeForSylvester. Double standards sha!

"My sister saw this girl after she has graduated at a wedding and she was still scared. Her name is Uche Elendu," she wrote.

"FGGC Owerri. Let's call them out. Let's cleanse the society. No judgement but we all need to do right by our kids. It starts with you and I." 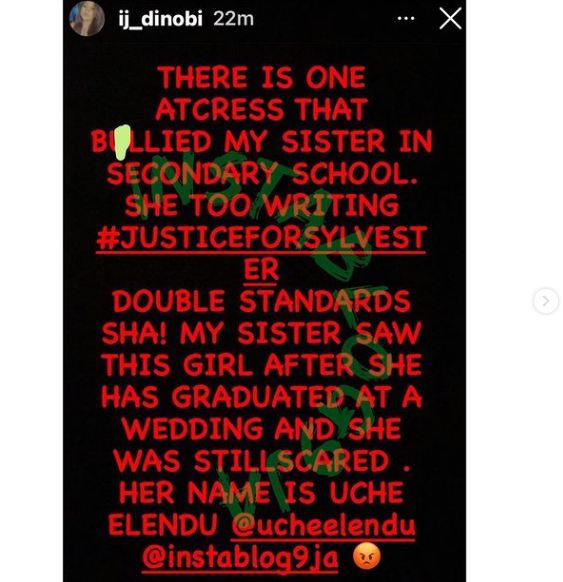 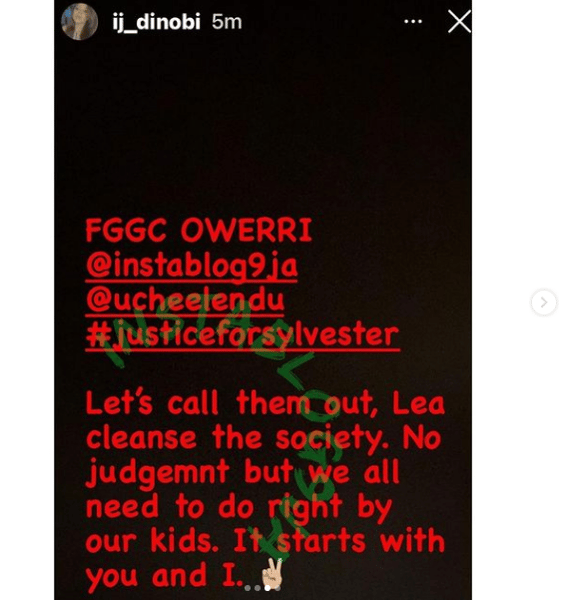