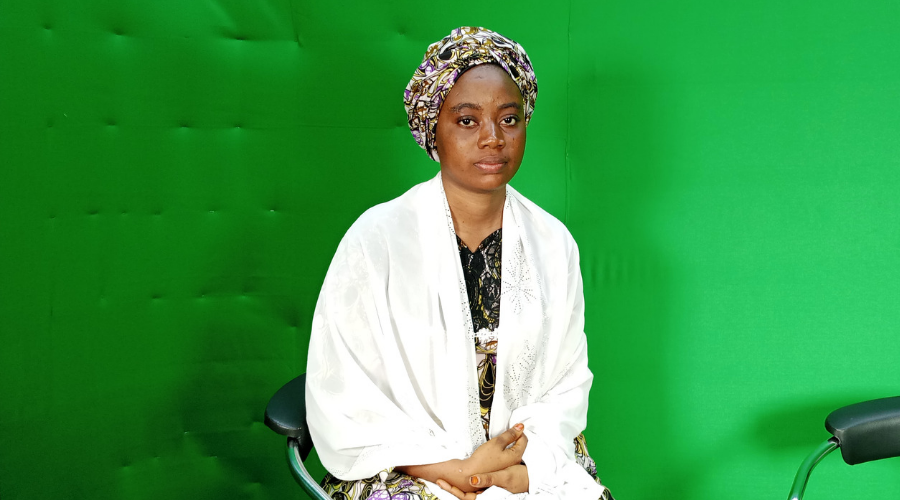 Hafsa's home was attacked in 2015 where Boko Haram killed both her parents, abducted her and subjected her to inhumane acts. Today at 22, she struggles to fit in to a society that's hasn't

Hafsa, a 22-year old says she would never forget the sight of her father, stripped naked, then slaughtered right before her eyes.

Speaking to AllNews Nigeria on Saturday, the teary girl said it was on an unforgettable Sunday in 2015 when Boko Haram terrorists invaded her area in Maiduguri, shooting sporadically, killing people without a care in the world.

Hafsah gazed at our correspondent with a blank look in her eyes as she recalled the brutality she witnessed, then said the terrorists invaded her home and tied them all down.

"My father was in his room, they asked him to come out, and he said he wouldn't. They then dragged him out, stripped him of all his clothing and slaughtered him as we watched.

"They then shot my mum. My elder brother was so shocked that he dropped dead. Then they took me and my brother to Sambisa forest", she disclosed.

Without blinking, Hafsa said she, along with other kidnapped girls, was raped severally.

"Later the military came and rescued us. Over thirty of the military men were killed at the time". she further revealed.

She added that the military dropped them off in Maiduguri and let them all run in different directions.

"That's when I came to Kano. I did not know anyone. Then I started selling sachet water and met a girl called Amina.

Amina asked me to come with her mother, her father was late, but I refused. She promised to speak with her mum, who is a beggar Umar in one of Kano's junctions. She now took me in.

"I still sell sachet water today. I have three elder brothers who are currently in Potiskum and yet to get their lives back together.

"I don't want to become a sex worker to feed, I wish someone out there could help."

Throughout the short interview, Hafsa's gaze was distant, sad and lifeless. She cried at some point, then just stopped suddenly.

There are hundreds like Hafsa, many in more severe, sad situations who desperately crave succour from the havoc brought about by the current insurgency in the country.