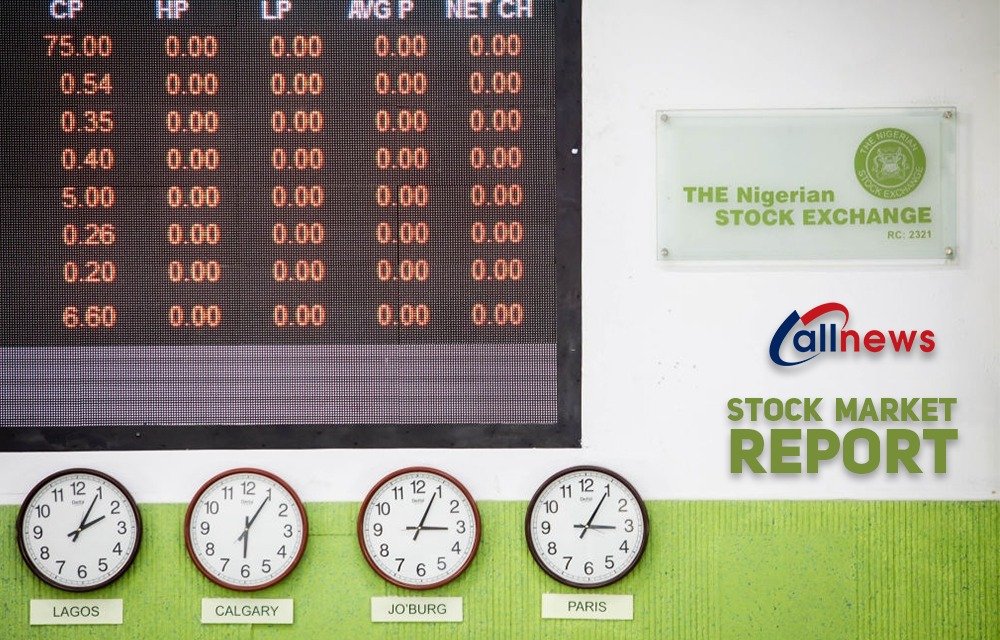 Bullish sentiment returned on the Nigerian stock market on Tuesday as investors’ net worth appreciated by N102 billion on bargain hunting.

The markets were pushed into gains due to investors’ buy interest in industrial goods, consumer goods, and oil & gas sector stocks.

Okomu Oil dominated the gainers’ chart in percentage terms with 10 percent to close at N106.15 per share.

Conversely, CWG led the losers’ chart in percentage terms by 9.42 percent to close at N1.25 per share.

Regency Alliance Insurance trailed with 8.16 percent to close at 45k per share.

FTN Cocoa Processors and Veritas Kapital Assurance shed 7.69 percent each to close at 36kobo and 24kobo per share, respectively.

Caverton Offshore Support Group depreciated by 5.26 percent to close at N1.80 per share.