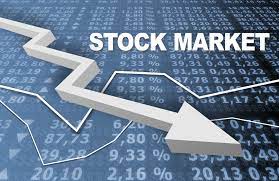 The Nigerian stock exchange continued its positive run where it left off a day ago. Despite GTCO’s (-0.20%) loss position, investors were still bullish in their quest to make money. Hence, the all share-index closed positive with a +1.79% growth to end at 45,430.14 bps.

The massive buying trades enabled the apex domestic bourse to record another important milestone as it set up another historical record this year of 45,430.14 bps, which is now the All-Time-High (ATH).

Consequently, this new all-share index figure exceeds the previous 52-week ATH figure of 44,608.80 bps by 821.34 bps, thereby setting up a profit-making trend for most market players.

Following the above scenario, the Week-to-Date, the Month-to-Date, and the Year-to-Date (Y-t-D) gain all moderated at +6.04%.

Perhaps some of the blue-chip stocks influenced traders' increased buying power, as the volume of trade increased by 7.6%, to 252.9 million units, compared to the previous session's figure of 235.2 million units traded. These shares’ values, which grew by 368.42%, were worth NGN8.9 billion and exchanged in 2,435 deals, as against NGN1.9 billion traded previously.

Fortunately, the equity market cap gained an additional NGN580.77 billion to close at NGN24,640.53 trillion when compared to the previous session day's position of NGN24,059.76 trillion.