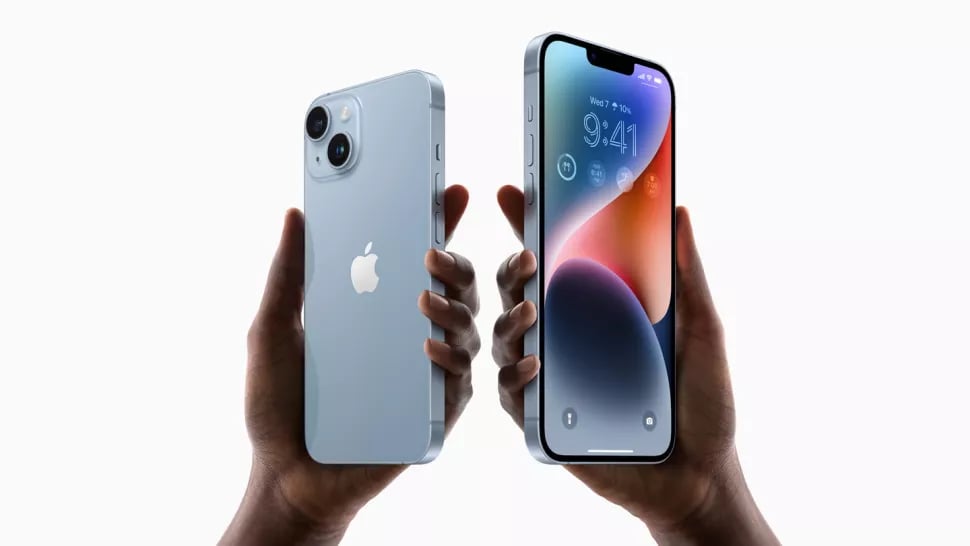 The new iPhone 14 series has been unveiled by Apple to showcase its refreshed Pro range of smartphones for those who prefer new cameras, a new notch design, and a new chipset.

The iPhone 14 Plus boasts a massive 6.7-inch display, while the iPhone 14 has a smaller 6.1-inch screen, a new notch design, and a new chipset.

Users can also contact emergency services via satellite if they find themselves 'off the grid' but under "light foliage" or in direct view of a satellite.

This service will debut in the US and Canada only in November and will be free for the first two years.

Here is a brief summary of every new feature on the iPhone 14, including significant camera enhancements, enhanced eSIM compatibility, and new Emergency SOS through satellite capability.

The pill-shaped cutout at the top of the screen is the biggest visual alteration you'll see.

Given that the internal cameras are now 30% smaller, it is smaller than the previous notch.

In order to aid, the proximity sensor has been relocated beneath the display.

Apple, of course, had to give the cutout a name, and it's called Dynamic Island.

Black pixels around the actual cutout are being experimented with by Apple to produce some interesting effects. 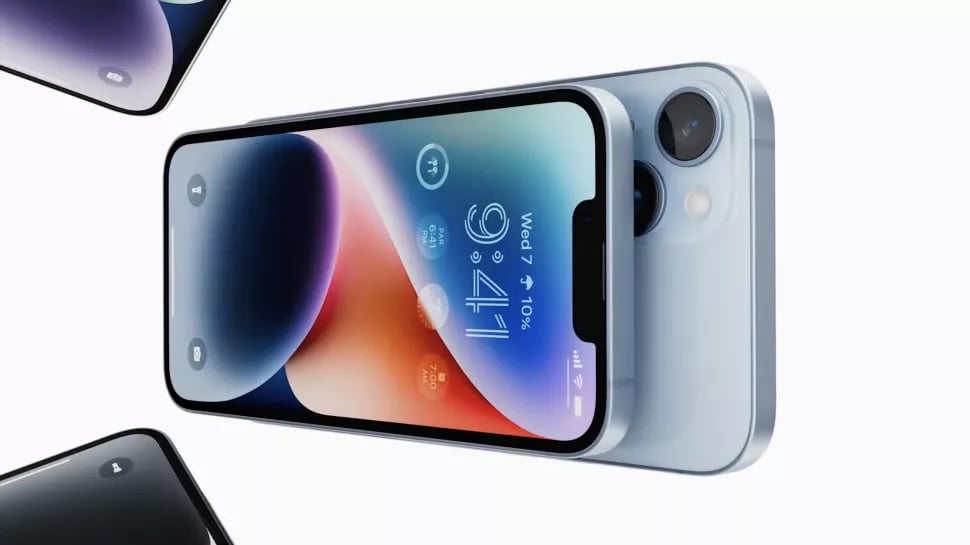 The space around the cutout changes to allow easier access to controls for ongoing background activities like Maps or Music or a timer.

Third-party apps can take advantage of this area too - for example, you could get sports scores on there.

The display itself, 6.1" on the Pro and 6.7" on the Pro Max, is now brighter, up to 2,000 nits peak for HDR content, and has a new controller that supports refresh rates as low as 1Hz.

This means Always-On Display is finally available on an Apple product, exclusive to these Pro phones.

The time, widgets, and Live Activities will be visible at a glance on this Always-On Display. 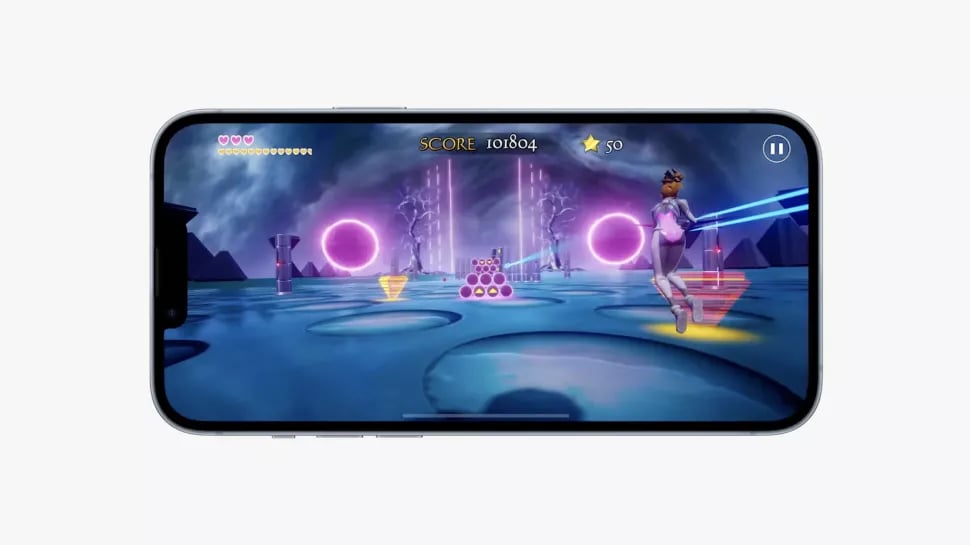 The main camera on the back has a "quad-pixel" sensor, which is a first for Apple but rather old in the Android world right now.

The sensor has a 48MP resolution, and by default, the phone will shoot in 12MP.

You also get second-gen sensor-shift stabilization, as well as full-focus pixels. 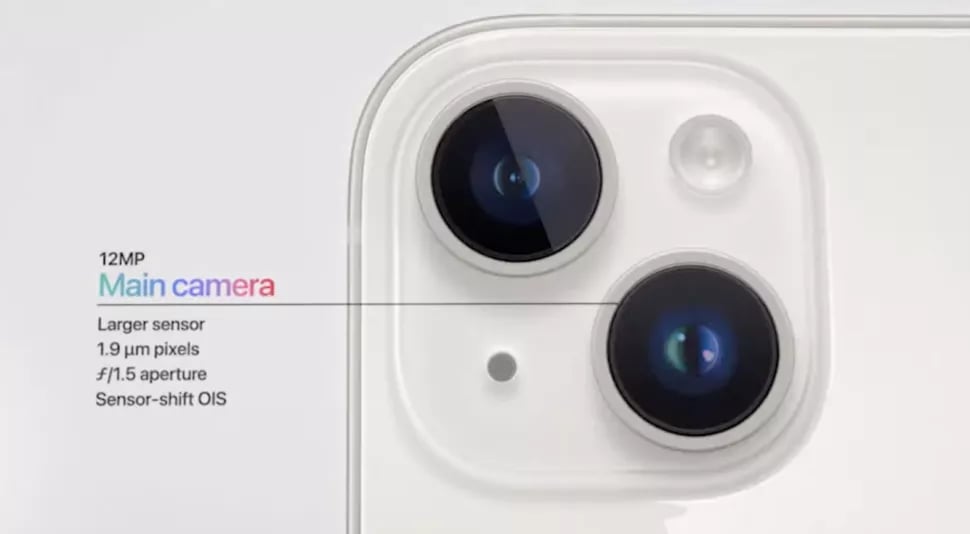 The high-res main sensor enables a new intermediary zooming step of 2x in the camera app, by cropping from the middle, perfect for Portrait Mode shots.

Finally, the 3x telephoto camera is still there and has optical image stabilisation.

The A16 Bionic chip is at the heart of the two devices, and it comes with a six-core CPU, with two performance cores and four efficiency cores.

The CPU overall is billed to be 40% faster than the competition, while its two high-performing cores require 20% less power than the ones in the A15.

The 16-core Neural Engine included in the A16 is capable of 17 trillion operations per second, while the 5-core GPU comes with 50% higher memory bandwidth. 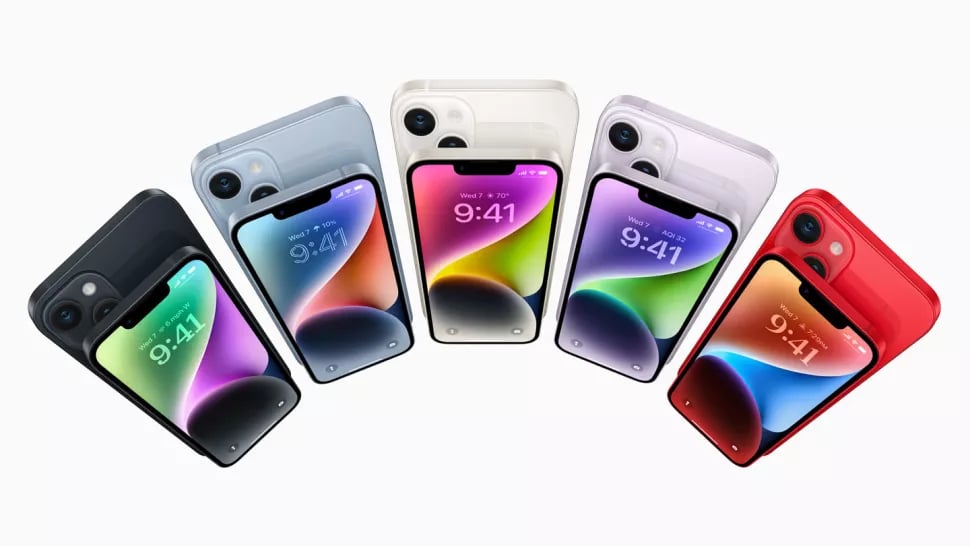 Pre-orders start on Friday, September 9, and the product will be available on September 16.

These remove the SIM tray for the US market and just use eSIM, just like the less expensive non-Pro iPhone 14 models.