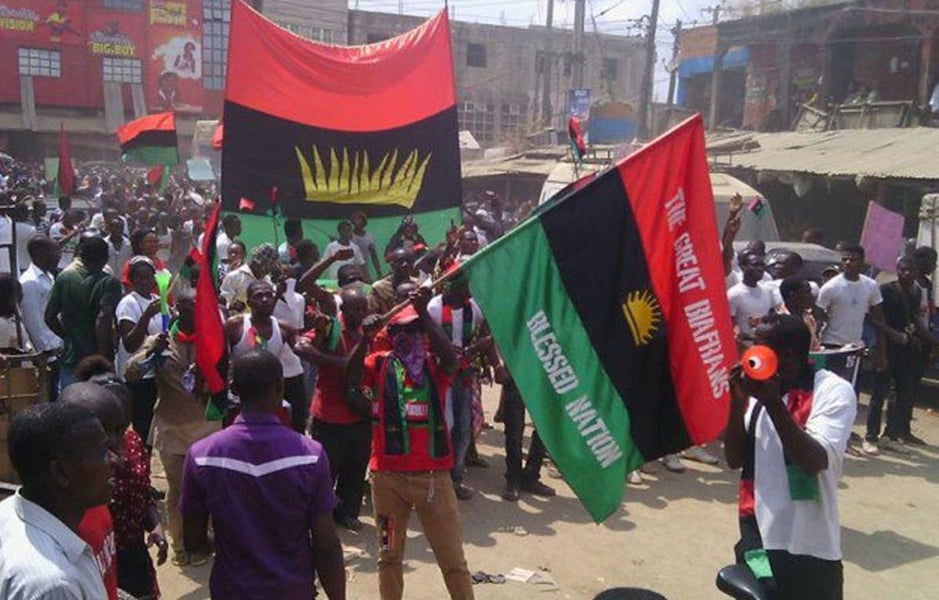 The Indigenous People of Biafra (IPOB) has said they are not responsible for the gruesome murder of a military couple in transit to Imo State.

In a statement on Wednesday, the group’s Media and Publicity Secretary, Emma Powerful, described the accusation by the Nigerian Army of IPOB’s masterminding the act as “laughable” and “fallacious”.

Powerful said the latest allegation is part of the Nigerian Army’s propaganda aimed at staining the IPOB’s global reputation.

“Our attention is drawn to the laughable and fallacious statement credited to the Nigeria Army that IPOB is responsible for the killing of a couple on transit in Imo State after their marriage ceremony.

“We, therefore, wish to place on record that IPOB has no hands in the said atrocity which is an abominable act in Igbo tradition.

"No true Igbo will hurt an in-law, how much more a married daughter (Ada) in Igbo land.

"Even the ancestors will avenge such wickedness.

“We cannot kill our sister who is about to marry but those who killed them were those Nigerian government and its security agencies, especially the military and DSS created to demonise IPOB and ESN.

"These agents of death some of whom we have made their identities public severally are behind the killings of these soldiers, not IPOB or ESN operatives.”

He accused the Nigerian security agencies, particularly the Nigerian military of being behind the ongoing secret genocide in Biafra land.

He claimed that the Army has always looked for an excuse to attack the innocent Igbo youths in order to rope them in the aftermath of the act and tag them as suspects.

The statement added, “Before the Army jumped into their jaundiced conclusion that such abominable act was masterminded by IPOB, what investigations did they carry out to substantiate their claims?

"When have armed gunmen or criminals recruited by evil politicians in connivance with the same security agencies in their desperation to demonise IPOB, become IPOB members?

“The Nigeria Army should leave IPOB alone because we are not unknown gunmen and those who are pursuing them.

"The monster they created is now after them, yet they keep pointing accusing fingers at us.

“The latest allegation is part of their propaganda to stain our global reputation but the world knows they are lying.

"How come the Fulani bandits and terrorists beheading and massacring Indigenous Nigerians, particularly in Southern Kaduna and Plateau State go unpunished while the Army is down south flexing muscles with innocent and unarmed IPOB members and citizens of the Southeast?

“But any time these hoodlums they jointly created with evil and greedy politicians in Biafra land commit atrocities, they will quickly rush to the press and accuse IPOB without investigations.

“We understand their game plan. All they are after is to blackmail IPOB before our international friends who understand our predicaments in the region.

“Our only crime is that we want to be self-determined.

"How come it is only in Nigeria that IPOB members are cannibals?

"When will they stop lying against us? Nigeria security agencies should please leave us alone.

"We hate bloodletting. We are not Killers. We have on our own been battling these same criminals.

"Those we can lay our hands on that are unleashing sorrow, even on our innocent people.

"God will judge all those trying to paint us black for black and evil we know nothing about.

“IPOB/ESN made it categorically clear to all and sundry severally that we are not unknown gunmen and can never be, but because of hatred and envy Nigeria Government and its security agencies have continued to link us with atrocities going on in our land.

“We are letting the world know that the Nigerian Army and police are confused institutions.

"They are beclouded to see the truth because of their bias against us and delivering good jobs correctly.”