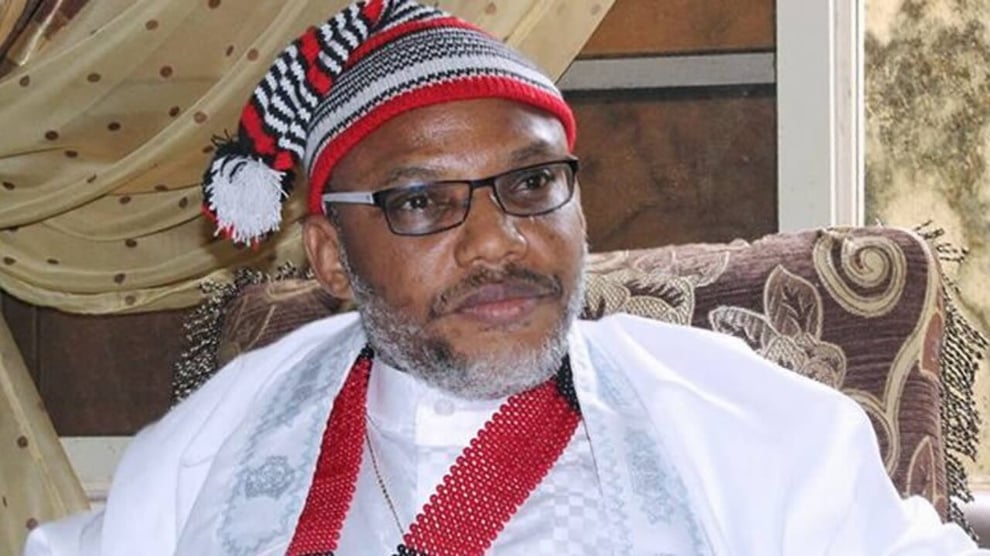 The leader of the proscribed Indigenous People of Biafra (IPOB), Nnamdi Kanu, has called for an end to the killings in the southeast.

Kanu was visited by his younger brother, Emmanuel Kanu, and was said to have expressed sadness over the reported bloodshed in the southeast.

According to Emmanuel, his sibling does not believe in shedding blood and the IPOB leader is sad about bloodsuckers on the loose unchallenged in the aforementioned region.

Kanu was quoted as saying that those behind the recent killings in the southeast must be made to face the penalty for their crimes.

On Mama Biafra, Kanu appealed to the Department of State Services (DSS) to release her as she has committed no crime.

"I saw her at the DSS detention cell after her clothes were washed and spread on the wall. I demand that she be released because she committed no crime.

“She is an old woman and since my mother died I have taken her as my mother. The DSS should release her.”