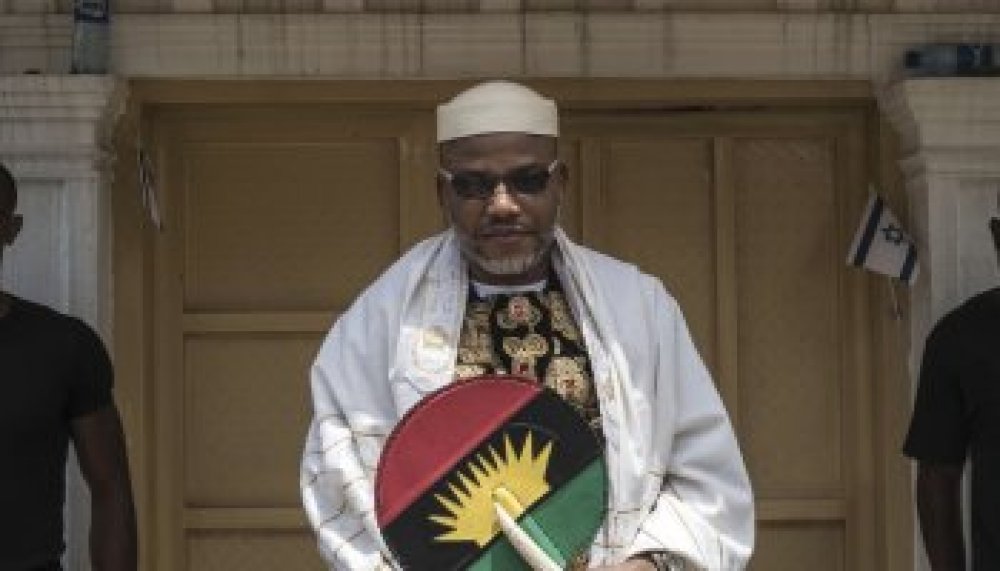 The Federal High court in Abuja has commenced the trial of Nnamdi Kanu, leader of the Indigenous People of Biafra (IPOB), in his absence.

Nnamdi Kanu is facing charges bordering on treasonable felony instituted against him in response to years of the campaign for the Independent Republic of Biafra through IPOB.

He was granted bail in April 2017 for health reasons but skipped his bail after reportedly flouting all the conditions given to him by the court.

Owing to his absence in court, Binta Nyako, the judge who granted him bail, revoked it and ordered that he should be re-arrested.

But Kanu’s lawyer argued that he left the country because of the invasion of his family’s residence in Abia State by soldiers during a military exercise.

He prayed the court to restore the bail to enable the defendant to return to Nigeria for trial, but the judge did not accede to the request.

Despite the court’s insistence on his appearance, the IPOB leader has remained abroad and once said he jumped bail to pursue the cause of Biafra.

Meantime, AllNews learnt that Nnamdi Kanu's house which served as the official palace of his late father, Eze Israel Kanu, who was the traditional ruler of Isiama Afaraukwu, Ibeku in Umuahia North LGA of Abia State before his death last year was invaded by the Nigerian Army.

In a tweet by the IPOB leader, "Days before I was to appear in Court in 2017, cowardly  @HQNigerianArmy invaded my home at Afaraukwu & killed dozens. In a repeat, my home was again today invaded by soldiers just days after a court date was announced in my case. Lawless country. #Zoo"

However, an officer at the 14 Brigade Headquarters who did not want to be named, dismissed Prince Kanu’s claim and also stated the soldiers were carrying out their legitimate duties.

Appealing to members of the community and public to go about their lawful business, the military source insisted that it is only someone that has a ”skeleton in his cupboard that will be agitated.”