ESN is a creation of Nigerian separatist leader, Nnamdi Kanu, and his outlawed Indigenous People of Biafra (IPOB) group.

The arrest of the herbalist was contained in a recent statement by the Commissioner of Police, Abutu Yaro and signed by the command’s Spokesman, CSP Mike Abattam in Owerri. 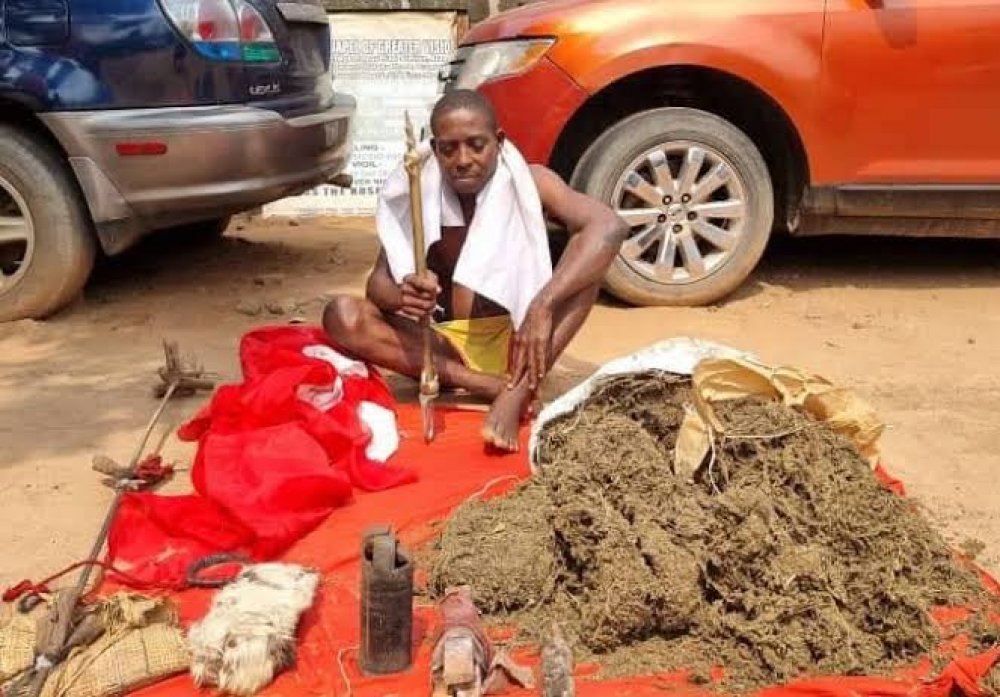 "After a diligent forensic and technical intelligence gathering, the suspect, Benneth Okoli, 49, was arrested in his shrine at Akuma in Oru East LGA of Imo.

“On searching the  shrine, one locally made IED, charms and weed suspected to be cannabis were recovered.

“The suspect on interrogation,  made useful statements and is currently assisting the police to arrest the rest of his gang, presently on the run.

”The arrest is coming a few days after bandits had an  encounter with the police in the area.

“Sequel to the attack on the Omuma Police Station in Oru East by bandits suspected to be the remnants of the proscribed Indigenous People of Biafra (IPOB) and ESN terror groups, the CP dispatched the command’s tactical teams led by ACP Benjamin Osuji.

“The team was directed to carry out discreet investigation and arrest the bandits involved in the attack of the police station."

He said that the CP commended the gallantry displayed by the officers and men of the command, urging them to sustain the tempo.

“He also thanked the people of Imo for their support and solicited  for an all society approach to sustaining the already improved security architecture in the state."

Nigeria Has Lots Of Tourism Products To Sell, Says NTDC