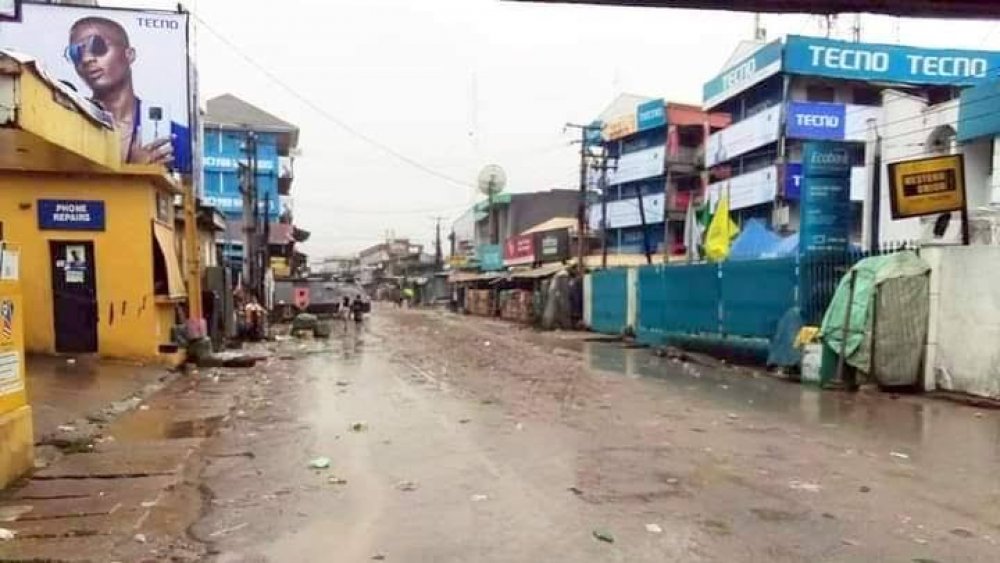 Economic and social activities have halted in Imo over the Sit-At Home order by the proscribed Indigenous People of Biafra (IPOB) for fear of possible attacks.

The News Agency of Nigeria (NAN) reporter who monitored the development on Saturday in Owerri, reports that residents of the state have deserted markets and streets of the state capital for safety.

The pro Biafra agitators led by diaspora-based Nnamdi Kanu issued a statement that ordered people from the South East to sit at home between May 30 and May 31 for the annual Biafra Remembrance Day.

The statement issued by Kanu said the day was set aside in remembrance of over 5 million Biafrans who died during the three-year civil war in Nigeria.

People also kept away from the Government House axis with businesses around it under lock and key while combined team of security agencies are seen patrolling the streets of the state capital.

The Commissioner of Police in the state, CP Abutu Yaro had earlier issued a statement, assuring residents of adequate security and urged the people to ignore the threat.

But only presence of the military and police forces were noticed, while people kept away from the popular Ekeukwu Owerri Market and the timber market in Naze.

“I don’t know how to feed my family if things do not improve soon,”  he said.

A food vendor, Mrs Angela Eze popularly known as (Mama Africa) expressed worry that the situation might affect the economy of the state drastically.

She appealed to government to use diplomacy and find lasting solution to the problem.

In Onitsha, Anambra, some travellers enroute Onitsha to Asaba and other parts of the country have expressed dismay over delays caused by security checks at the busy Niger Bridge, Onitsha in Anambra.

Those who spoke to NAN said travellers were made to spend hours at the Bridgehead before crossing.

Those who managed or succeeded to cross over to Asaba and vice versa did so trekking or using commercial motorcycles.

A traveller, who pleaded anonymity, said he joined an early morning vehicle heading to Lagos but was delayed by the check point mounted by the Police and Nigeria Army.

“I have spent more than three hours here trying to drive across the bridgehead.

“They said some gunmen killed five soldiers yesterday at Ihiala.

“I believe that this is why they are delaying us here,” the source said.

A private vehicle commercial driver, Kelechi Onwudiwe alluded the intensified security checks to the sit-at-home directive by members of the proscribed IPOB.

“The traffic here in Onitsha is terrible. It is deliberately caused by soldiers who are searching for members of IPOB,” Onwudiwe said.

Ikenga said the check point was part of strategies security agencies used to control and screen people coming and leaving the state.

“The check has been there before now even before the sit-at-home order.

“The purpose of the check point is to screen  road users, detect crime and maintain law and order.

“In as much as we are still analysing the security situation, the check point is like an ordinary day exercise for us,” he said.

The spokesman said the Police was bent on delivering its mandate of protecting lives and property.