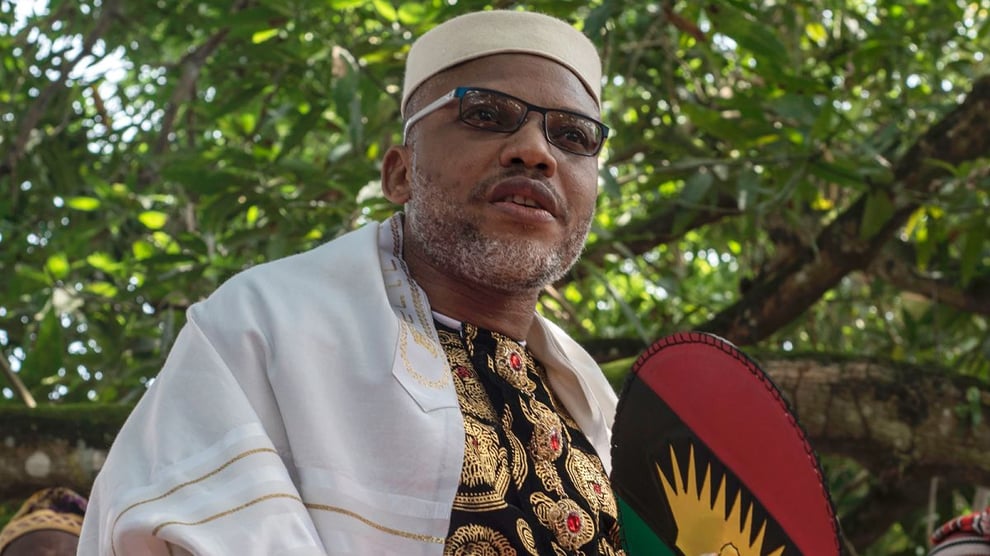 The Indigenous People of Biafra (IPOB) has said that President Muhammadu Buhari should be held responsible for whatever may happen to its leader, Nnamdi Kanu.

IPOB was reacting to the explanation offered by Buhari to British Prime Minister, Boris Johnson as to why Nnamdi Kanu was still in detention.

Buhari had said that Kanu might not get bail again after he jumped bail and fled to the UK where he was attacking Nigeria until he was caught in Kenya.

In a recent statement, the Spokesman of the group, Emma Powerful said: “The world should hold Buhari accountable for whatever that may happen to Kanu.

"The United Kingdom Prime Minister specifically asked Buhari why Kanu was still in detention but instead of responding to the question frontally, Buhari chose to play to the gallery.

“Is it that he was not aware that his military personnel invaded Kanu’s Afaraukwu country home on September 14, 2017, or that he deliberately decided to be mischievous?

“The video evidence of the military invasion of his house which claimed no fewer than 30 lives, only confirmed that Mazi Nnamdi Kanu did what was needful for the moment.

IPOB added that it was evident that world leaders enjoy making Buhari advertise his ignorance of obvious realities.

It said the world is watching and looking for what is still keeping Kanu in the Department of State Security Service’s custody, but that Buhari and his security agencies would not admit the truth.

“We are aware that he has been under intense pressure to explain the role of his government over the illegal abduction and extraordinary rendition from Kenya to Nigeria of a British citizen.

“The UK Prime Minister specifically asked Buhari why the Biafra leader was still in detention, but in his response, Buhari lied and associated Kanu with ‘jumping bail’ as if he is ignorant of his deploying the military code-name ‘operation python dance II’ which he, as the Commander in Chief of the Nigerian Armed forces, instructed to invade the palace, village and Afaraukwu Ibeku Kingdom (community) Umuahia province (Abia State) which only mission was to kill Kanu and any living thing found in his compound,” it said.

The group stated that Buhari, who openly said that Kanu should defend his matter in the court and that he is not interfering with the judicial process, was now making statements intended to intimidate the judge who is handling the case.