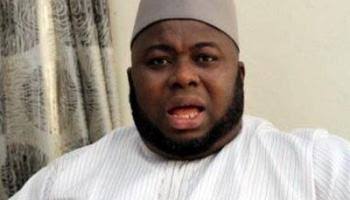 Niger Delta activist Asari Dokubo hihas warned that the the sit-at-home order of the Indigenous People of Biafra (IPOB) was a ploy by the group to enthrone the preferred candidate of the Federal Government in the upcoming Anambra election.

Dokubo said that the order will disenfranchise Anambra residents which will come with consequences and will “effectively enthrone whichever candidate that Abuja prefers for Anambra.”

He gave the warning via the official Facebook page of his Non-governmental organization, the Dokubo Asari Foundation.

“It has come to my attention that the DOS of IPOB has issued a one-week Sit-at-home order in Igboland (as part of Biafra) starting from November 5.

“It is public knowledge that the Gubernatorial Elections of Anambra State of Igboland are slated to take place on November 6.

“It is therefore unequivocal that IPOB through its Sit-at-home order targets to disenfranchise Anambrarians from the Anambra Elections, from choosing their next Governor.

“Let it be known that with this order, IPOB is effectively enthroning whichever candidate that Abuja prefers over Anambrarians. Let it be absolutely and clearly known to Ndigbo that IPOB should be held singularly responsible for installing a puppet upon Anambra State, the Light of the Nation.

“As offshoot from above, Ndigbo should start drawing conclusions about the ultimate goals and targets of IPOB.

“Naked facts abound that activities of IPOB have systematically created excuses (flimsy or otherwise) for handing Igboland over to the Military Forces of Abuja for occupation starting from 2017.

"The reckless activities of IPOB today in view of the Anambra elections will now institutionalize the occupation of Anambra via the ballot box. Ndigbo, be informed before it happens.”