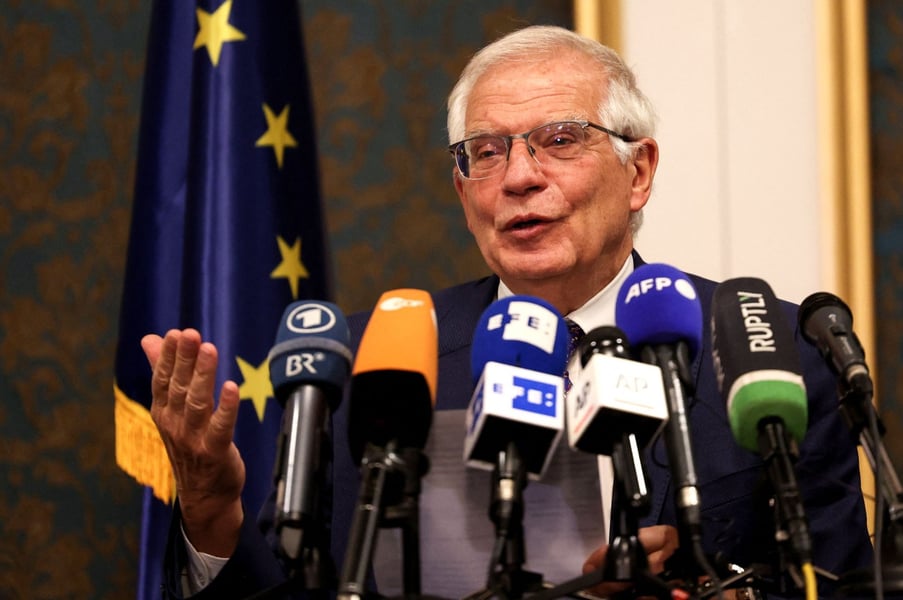 The European Union (EU) and Iran agreed on Saturday to resume negotiations in the coming days over reviving the 2015 nuclear pact.

The Iranian foreign minister Hossein Amirabdollahian said on Saturday; "We are prepared to resume talks in the coming days. What is important for Iran is to fully receive the economic benefits of the 2015 accord."

He added that he had held a long but positive meeting with EU foreign policy chief Josep Borrell.

Borrell also said; "We are expected to resume talks in the coming days and break the impasse.

"It has been three months and we need to accelerate the work. I am very happy about the decision that has been made in Tehran and Washington.

"We agreed on resumption of negotiations between Iran and U.S. in the coming days, facilitated by my team, to solve the last outstanding issues.

The pact appeared close to being revived in March when the EU, which is coordinating negotiations invited foreign ministers representing the accord's parties to Vienna to finalize an agreement.

However, the talks have since been bogged down, chiefly over Iran's insistence that the US removes the Islamic Revolutionary Guard Corps (IRGC), its elite security force, from the U.S. Foreign Terrorist Organisation list.