Is Abaribe's Claim That The Only Southeast Person In Aso Villa Is A Photographer True? 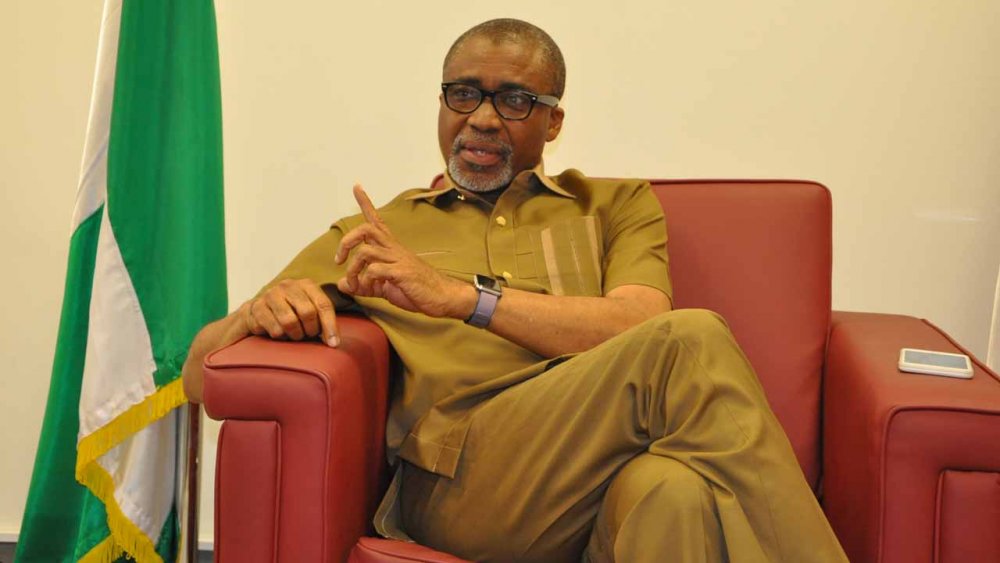 The Senate Minority Leader, Enyinnaya Abaribe, claims that the only person from the southeast in the Aso Villa is a photographer.

He made this claim while speaking on the Sunrise Daily programme on Channels Television on Friday.

This comment comes on the back of the call for a person from the southeast to take the presidency in 2023, replacing President Muhammadu Buhari.

Abaribe said that the importance of representation at the Aso Villa is for moments when there needs to be back-channeling because "sometimes government business is done from back channels".

He said that to table an issue or do some "consultations", one would need to "call on your countryman" and help serve as a bridge.

He said, “Before, every part of this country was represented in the Aso Villa, so when you want to do government business because sometimes government business is done from back channels, so if you have a problem or they want to do some consultations, you make a call into the Villa, you call to your countryman and say please, can you tell oga this or that so that we can have this talk, there is none today inside the villa. There’s one guy, his name is Sunny, I think he’s a photographer.”

Referring to Umahi, the governor of Ebonyi State who recently defected from the People's Democratic Party (PDP) to the All Progressives Congress (APC), citing injustice against people in the southeast.

Abaribe, who is a member of the PDP, said that it would be easier for Umahi to have access to the president through the "chief of staff" because he is a governor, then he asked, "but what about others?"

He said, “So, Umahi is going to talk to who? Ok, because he is governor, he can talk to the chief of staff, he can go to see the president but what about others?”

According to findings by TheCable, Abaribe's claim was erroneous, as there are currently nine aides of the president from the southeast region at the Aso Villa.

The findings also revealed that the photographer referenced by Abaribe was not indeed from the southeast but from the Delta State in the south-south region.