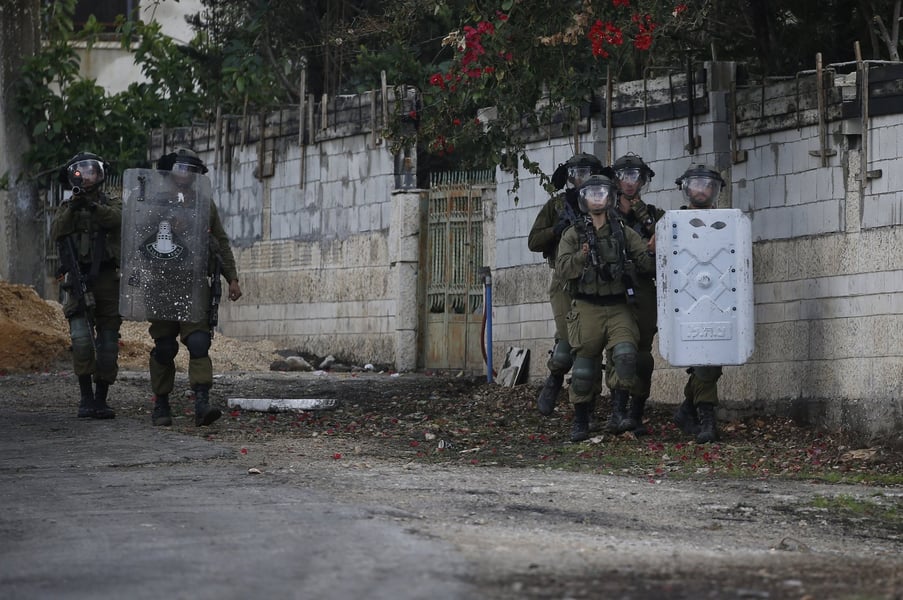 Three Palestinians were killed in clashes with Israeli troops in the West Bank on Tuesday.

The Palestinian health ministry said that two brothers were killed by Israeli fire in Kafr Ein, while a third man died of bullet wounds to the head fired by Israeli troops in Beit Ummar.

The Palestinian Red Crescent also added that the medical teams intervened in 22 people injured in the conflict and that nine of the wounded were hit by live bullets, five by plastic bullets, and eight people were affected by tear gas.

Anadolu news reported that the clashes erupted between Israeli soldiers that raided the town and dozens of Palestinians who tried to prevent them, adding that the Israeli army fired live and rubber bullets, and tear gas at the Palestinians.

Clashes have been erupting between both parties with multiple deaths recorded. Israeli forces have been carrying out near-daily raids, arrests and killings in the northern West Bank cities of Jenin and Nablus, where Palestinian armed resistance is growing.

Since the start of 2022, Israeli forces have killed over 199 Palestinians, including 47 children, in the West Bank, East Jerusalem and the Gaza Strip.