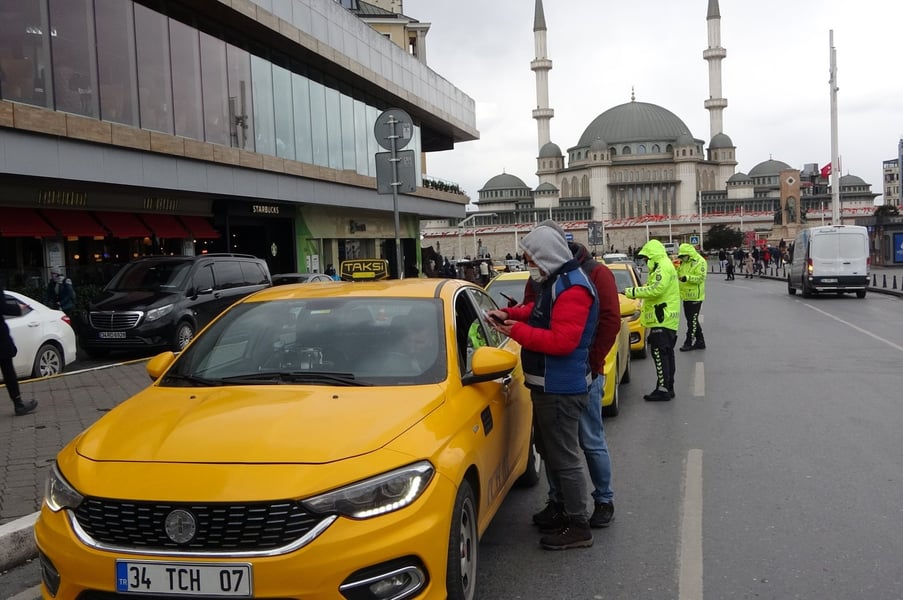 An Istanbul taxi driver who harassed a woman by scamming and beating her has been arrested.

The woman who is a French citizen filed a criminal complaint against the driver who first overcharged her and her husband, and then assaulted her when she sought to stop the car.

According to Daily Sabah, the unidentified driver allegedly overcharged them and when the couple refused to pay the extra amount, he locked them inside the taxi.

After a while, he forced the husband out and drove the woman away. Camera footage showed the driver insulting and later dragging the woman out of the taxi.

According to the Demirören News Agency (DHA), the woman said; "On Friday, the trip cost $1.5 according to the taximeter and so we handed $7.45 to the driver."

"When we asked for a change, the driver refused. He told us the ride took too long because of traffic and asked for more money. My husband gave up and got off but he pulled him away. He started driving and he finally stopped and took me outside."

"He started hitting me, pulled my hair and tore off my coat. He broke my fingernails also."

On abuses meted out by drivers on customers, the Istanbul Metropolitan Municipality (IBB) announced on Thursday that more than 160,000 inspections were carried out against taxis and mass transit minibuses in 2021, and a total of $208,000 fines were issued to those found violating the rules.