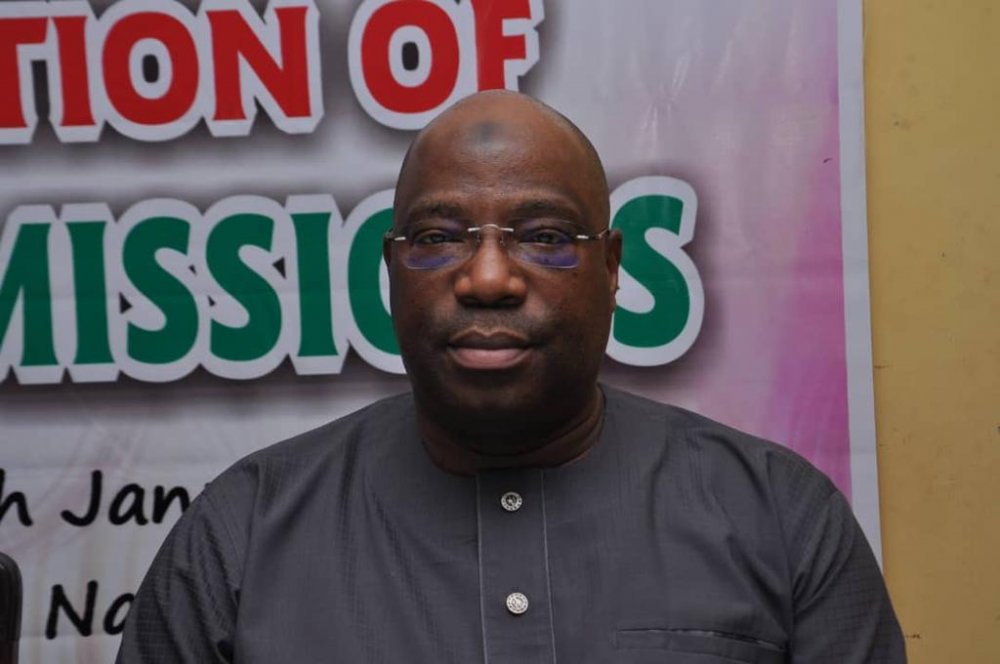 For his sterling display coupled with his exceptional leadership style, the Executive Committee of the International Table Tennis Federation (ITTF) has reappointed Nigeria’s Wahid Enitan Oshodi as the Chairman of its Nomination Committee for another term of office.

In a statement signed by ITTF Secretary-General, Raul Calin, which was sighted by AllNews on Thursday, the composition of the Nominations Committee chaired by Oshodi for the term 2020-2022 was confirmed at the ITTF Executive Committee meeting held on Monday, December 21, 2020.

Oshodi, Vice President, ITTF Africa Western Region rose from being a member of the committee as the first Nigerian and African to chair the highest committee in the world body is expected to serve for another two-year term (2020-2022) with most of its former members returning with the exception of one new member who is joining the team for the first time.

Oshodi, a former president of the Nigeria Table Tennis Federation (NTTF) and the brain behind Africa’s elite table tennis tournament, ITTF Challenge Nigeria Open will lead the six-man committee with Qatar’s Abdulla Al-Mulla as his deputy while other members of the committee are Sandra Deaton (England), Andreas Georgiou (Cyprus), Lofti Guerfel (Tunisia) and Kook-Hee An (Korea Republic).

ITTF President, Thomas Weikert and ITTF CEO Steve Dainton as well as Presidents of the Continental Federations and Executive Committee as Masahiro Maehara (Japan) as part of the Ex-officio members in the committee.

The President of the African Table Tennis Federation (ATTF) Khaled El-Salhy described Oshodi’s re-appointment as a plus to Africa.

“I have the great pleasure to congratulate you on behalf of all my colleagues of ATTF Executive Council (EC) for the full trust from ITTF EC to renew your assignment as the Chairman of the ITTF Nominations Committee for the coming period (2020-2022). Such congratulation is not only for you personally but also for all Africa to secure such an important mission in favour of our continent due to your great efforts and hard work in all fields as usual,” he said.

For the Secretary-General, Nigeria Olympic Committee (NOC), Olabanji Oladapo, the reappointment of Oshodi was a confirmation of the confidence of members of the ITTF Board.

“Congratulations on your re-appointment as the chairman of the high ranking ITTF Nomination Committee. Being the only African nominated to this position, your appointment confirmed the confidence members of the ITTF Board have in your extraordinary performance in the position. May God continue to direct you in all your undertakings; I wish you well,” Oladapo said.

An excited President of NTTF Ishaku Tikon described Oshodi’s re-appointment as a confirmation of his exceptional leadership trait particularly his immense contribution to the sport in Nigeria and the continent.

“I am not surprised that my predecessor was reappointed again as the chairman of the highest body in ITTF and this is a confirmation of his depository of knowledge coupled with his efforts at regional and continental levels which have been recognized globally by the table tennis family. This is also a good development for Nigeria having its own at the helm of the sport in the world,” Tikon said.