IWD #ChooseToChallenge: Exemplary Nigerian Women To Look Up To 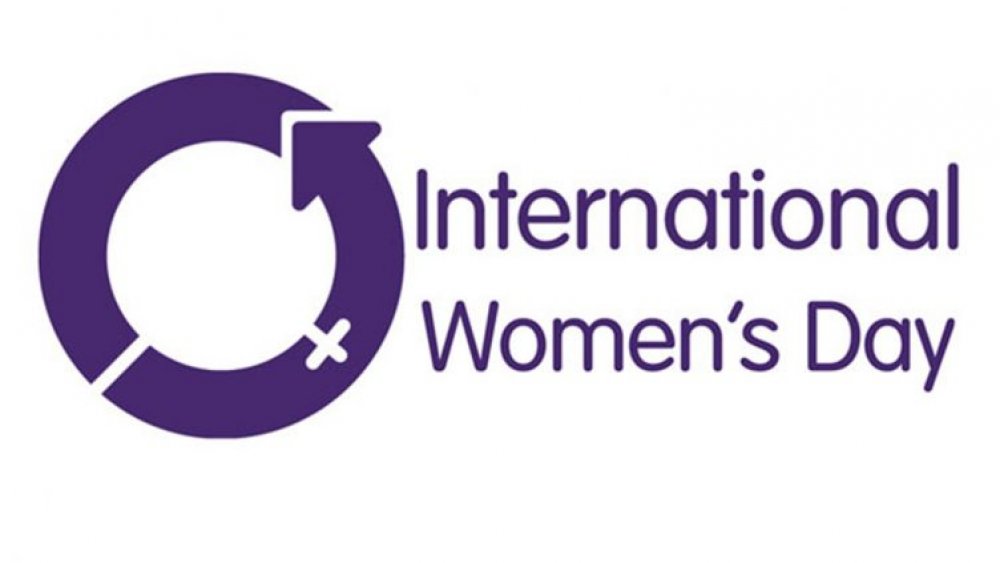 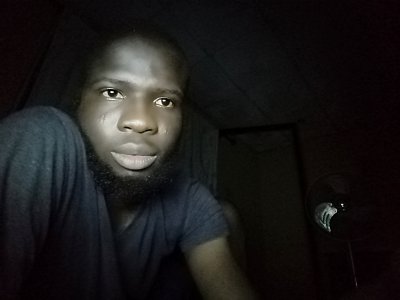 He is a data Journalist and Fact checker. He lovesÂ  to drive home the point turning numerical figur...

Again and again, despite unbearable conditions, Nigerian women have always defied all odds to excel above borders. History keeps repeating itself with Nigerian women as exemplary leaders, from Queen Amina of the Zazzau kingdom, Queen Idia of the Bini Kingdom, Oromptoniyun, the female Alaafin of Oyo, and Moremi of Ile-Ife, as well as the women who fought for the country’s independence. Even at the October 2020 EndSars protest, we saw and felt the roles of Nigerian Women.

As the world stands in honour to celebrate women who dare to challenge the protocol and create new rules while encouraging more #ChooseToChallenge, AllNews Nigeria has put together a list of contemporary Nigerian Women who are outstanding in their respective fields while seeking societal change in the imbalance gender gap that leaves the women behind, as well as advocating against the rising sexual and gender-based violence against Nigerian women. 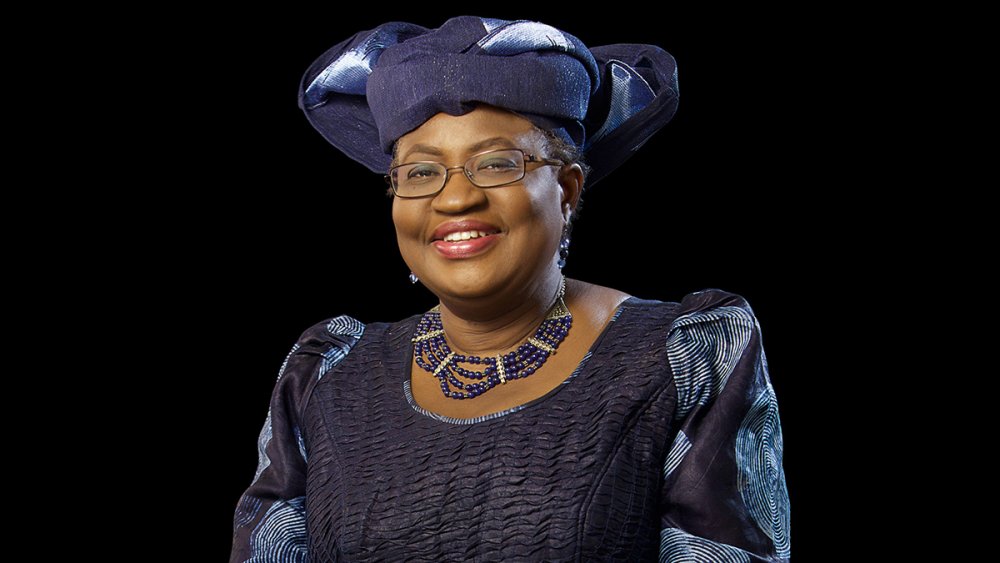 She did not become the World Trade Organisation chief by accident. It was a long walk and a cold fight between powerful countries before the first African and first woman to hold the apex position of the multinational organisation. Before then, she worked as a director at the World Bank and she is a Trustee of Twitter Inc. She was the Nigerian Finance Minister at two different times, as well as Foreign Affairs Minister. She is known as Okonjo Wahala for her daring nature to stir up still waters moving along a rocky path. 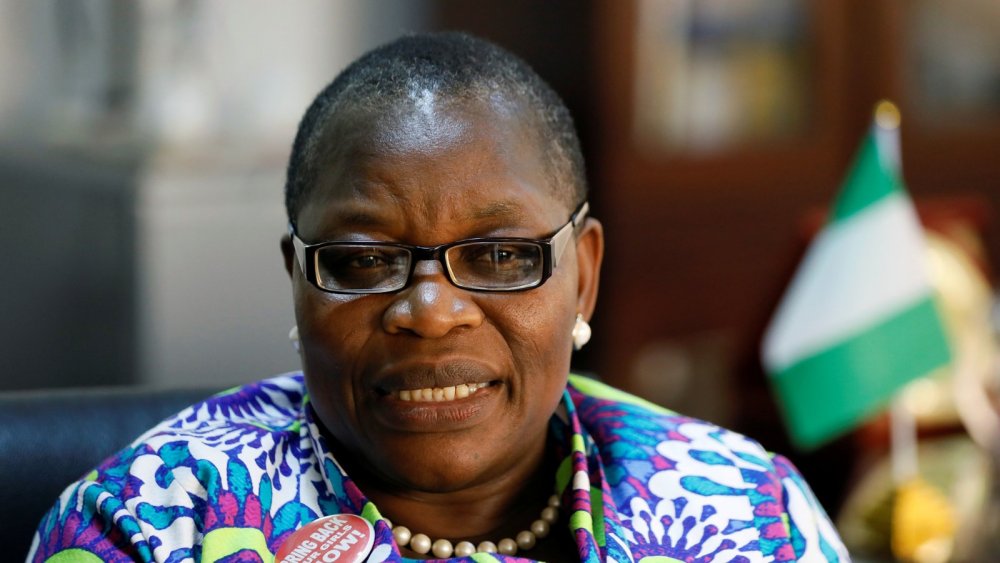 Fondly called Oby, she is an accountant by training and an advocate of transparency and accountability. She is the co-founder of Transparency International and well known for her active role of Bring Back Our Girls after the abduction of Chibok girls in 2014. She was a minister of education during the Obasanjo administration where she accomplished a change in primary and secondary education but was unable to privatise federal unity schools for better management and transparency. Oby who contested for president in the 2019 general elections has served as the World Bank Vice President. 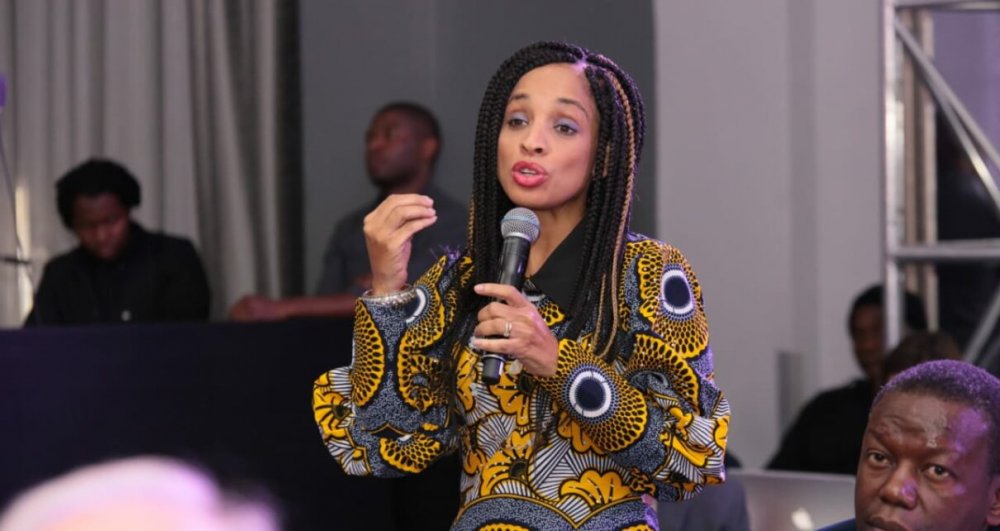 She is the co-founder and Managing Director of LEAP Africa, a leadership training and coaching organisation. Nwuneli is an advocate of social and economic change which propels her to be committed to empowering and equipping new leaders in Africa. She is also the director of Sahel Capital Partners, a leading advisory firm on agribusiness. With her love rooted in agriculture, she also founded AACE Foods, an agro-processing company. 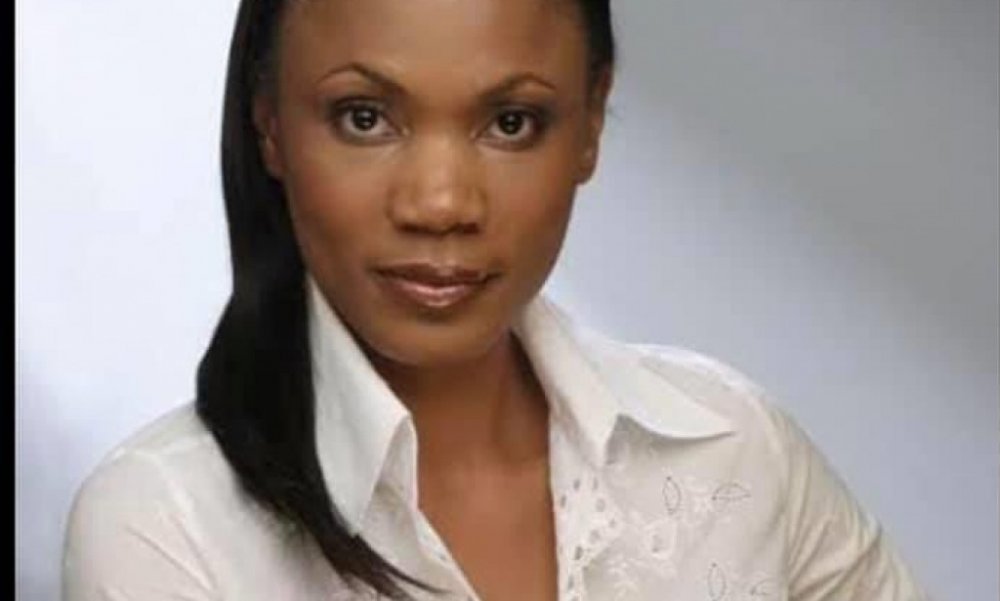 Oluwafunmilola Iyanda is a broadcaster, columnist, and blogger famously known for New Dawn with Funmi on NTA.  The show aired for over eight years on the national network of NTA. Ebuka, the BBNaija host, once acknowledged gaining presenting skills from Funmi. She made a contagious mark in the television industry. 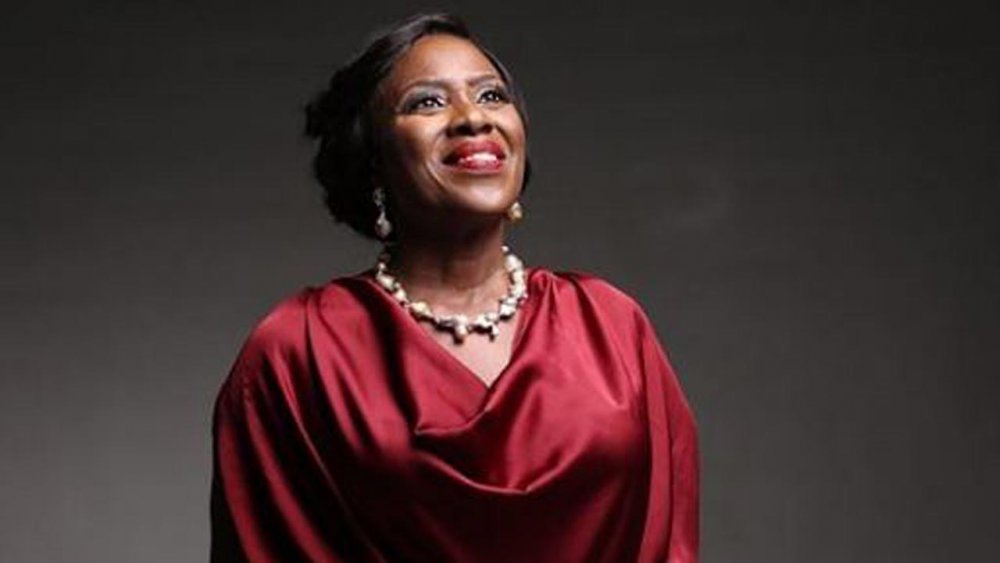 Despite Joke Silva's being married to Olu Jacobs, her career has never diminished or become overshadowed by her husband. She remains a veteran actress, director, and stellar movie producer whose career has spanned decades. Being a mother, she groomed the MTN West Africa Project fame contestant with criticism while she was a judge.

The Great Ife graduate who is currently serving as the Chairman of First Bank Nigeria Plc is the first woman to be appointed as chairman. She also sits on the board of Digital Jewel and Cadbury Nigeria Plc. She co-founded Afterschool Graduate Development Centre, a career centre established in order to checkmate the high rate of unemployment in Nigeria. She starred in the movie Citation as the professor leading the panel. Other women who are chairman of Nigeria banks include Osareti Demuren, chairman GT Bank and Mosun Belo-Olusoga, the chairman, Access Bank. 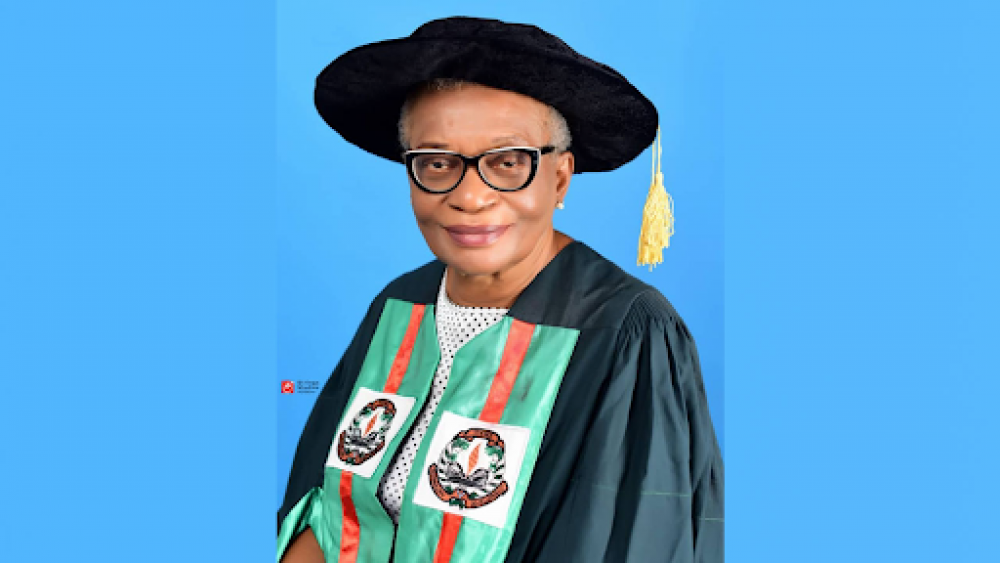 She is the First Female Vice Chancellor of Uniben in Nigeria. After being the first Nigerian woman to earn a Ph.D. in Mathematics, she became the first female professor of Mathematics in Nigeria. She was Chairman, Curriculum Review Committee in 1973, and a member of the Governing Council of UNESCO Institute of Education.

Many households with children in senior secondary schools in Nigeria know P. N. Okeke physics textbook. That is the husband of Francisca, they grew individually yet grew together as physicists with many textbooks for both secondary and university students.

Okeke gained international prominence after winning the highly respected L’Oreal-UNESCO Women in Science Award worth USD 100, 000 in 2013. The award was in recognition of her notable contributions to the understanding of daily variations of the ion currents in the upper atmosphere.

She is the first female head of the department and Dean of Physical Science at the University of Nigeria, Nsukka. 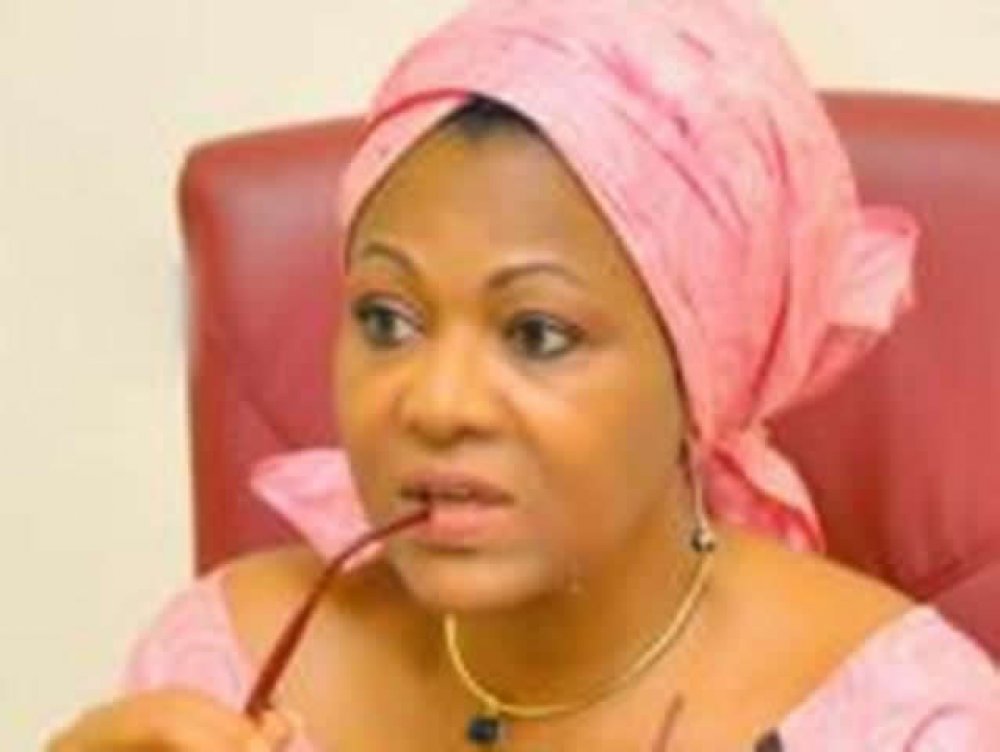 A Nigerian journalist who was jailed for three years by Sani Abacha for reporting a failed coup d’etat. She has won several journalism awards, including the CPJ international press freedom Award, UNESCO's Guillermo Cano World Press Freedom Prize. She has served in the Senate for two terms representing the Imo East constituency. She is currently the founder of HOT FM.

Despite all these women and many more to look up to in today's Nigerian society and the popular African proverb that says; “...if you educate a woman, you educate a nation”, Nigeria still has a whopping 32 percent of 10.5 to 13.2 million out of school children. Meanwhile, the data also revealed a decline in school enrollment after elementary school as secondary and post-secondary school education enrollment is on the decline.

Also, UN Women reported in a publication that some Nigerian culture gave room for sexual violence and for us to eradicate the ever-rising menace of physical and sexual gender-based violence in the country. We need education to be outstanding for both the perpetrator which often are men and the victims who are women on most occasions.

The Nigeria government needs to put a strategy in place to stop being the top country of out of school children in the world where it takes 30 percent of the total population of children out of school by meeting up the 15-20 percent budgeted for Education with effective implementation, proper infrastructure, facilities and up to date education curriculum.

Nigerians Take Responsibility For The Nation's Failure, See How