IWD2021 : Celebrating Women At The Supreme Court Of Nigeria 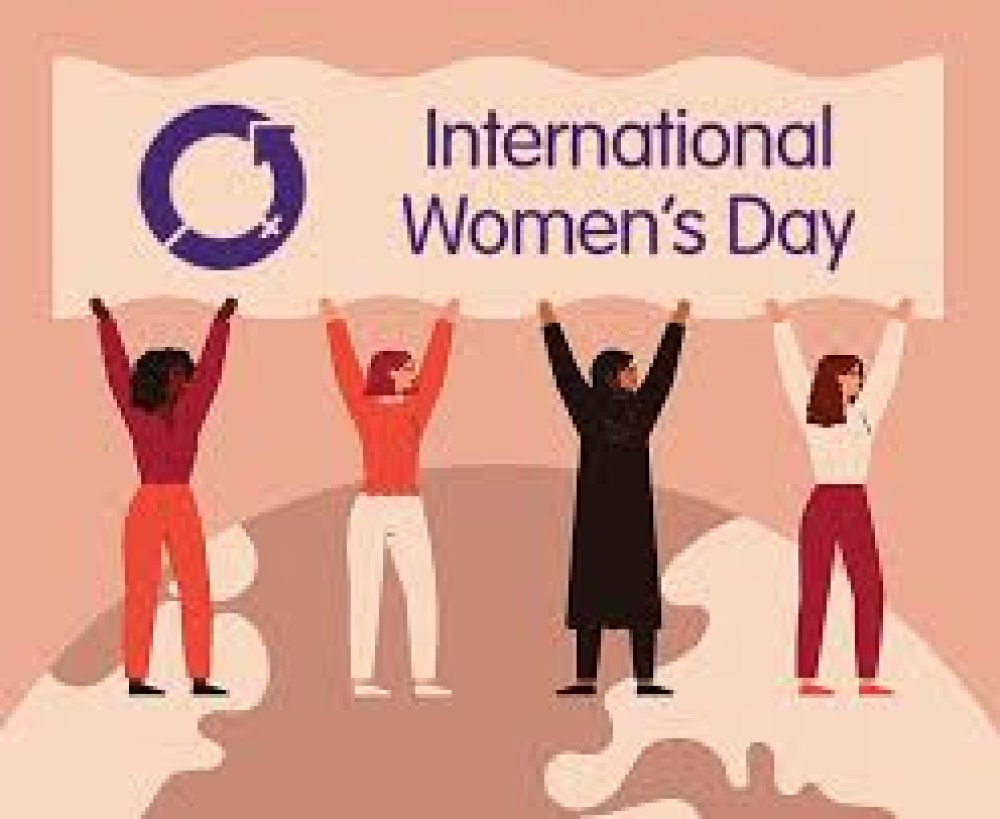 As the world celebrates the 2021 International Women's Day with this year's theme "#ChooseToChallenge", we will be celebrating the women at the apex court in Nigeria.

These female justices of the Supreme Court of Nigeria have worked their way up the ladder of success through hard work and dedication. They have contributed positively to the Justice system in the country. They chose to challenge the status quo of male dominance in the Supreme court of Nigeria. 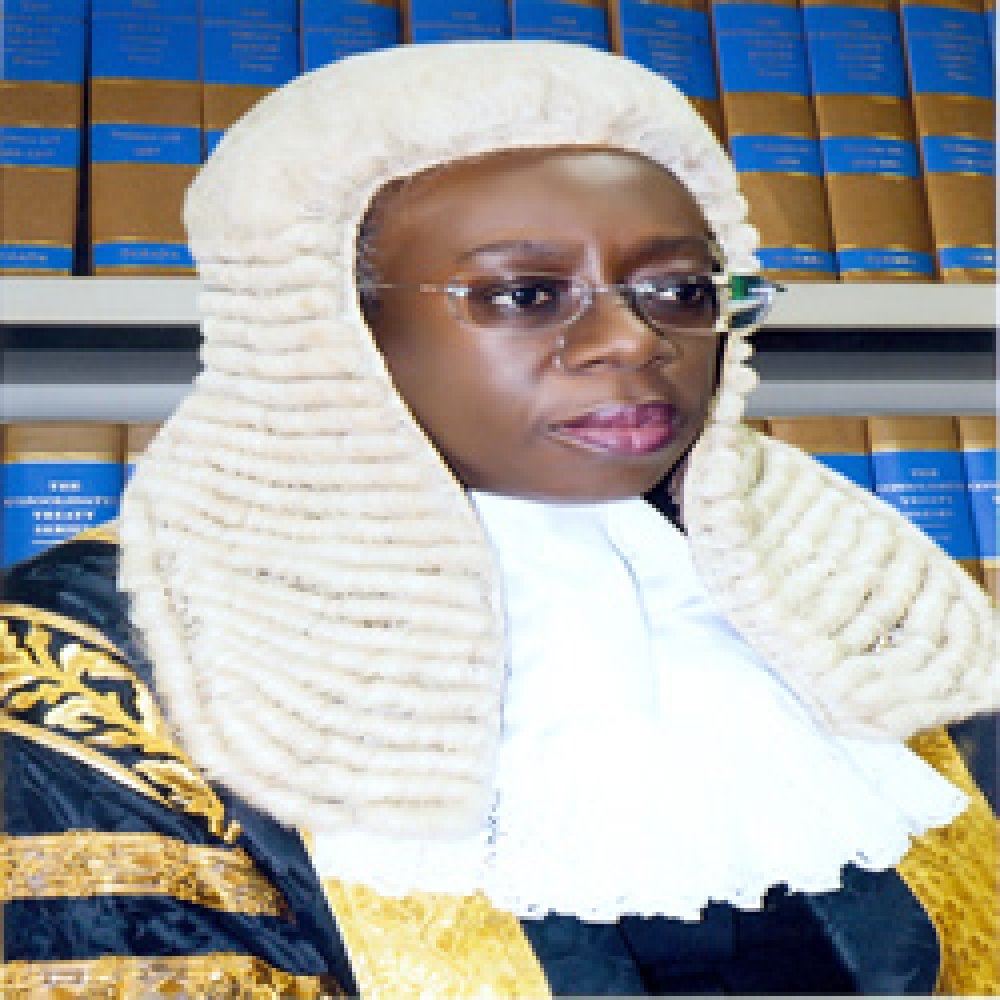 Honorable Justice Kekere-Ekun was born on May 7, 1958. She obtained her LL.B in 1980 from the University of Lagos after which she proceeded to the Nigerian Law School, where she was called to the Nigerian Bar in 1981. In 1983, she attended the London School of Economics and Political Science for her LL.M program.

She was appointed a Justice of the Supreme Court of Nigeria on June 8, 2013. She is happily married with children. 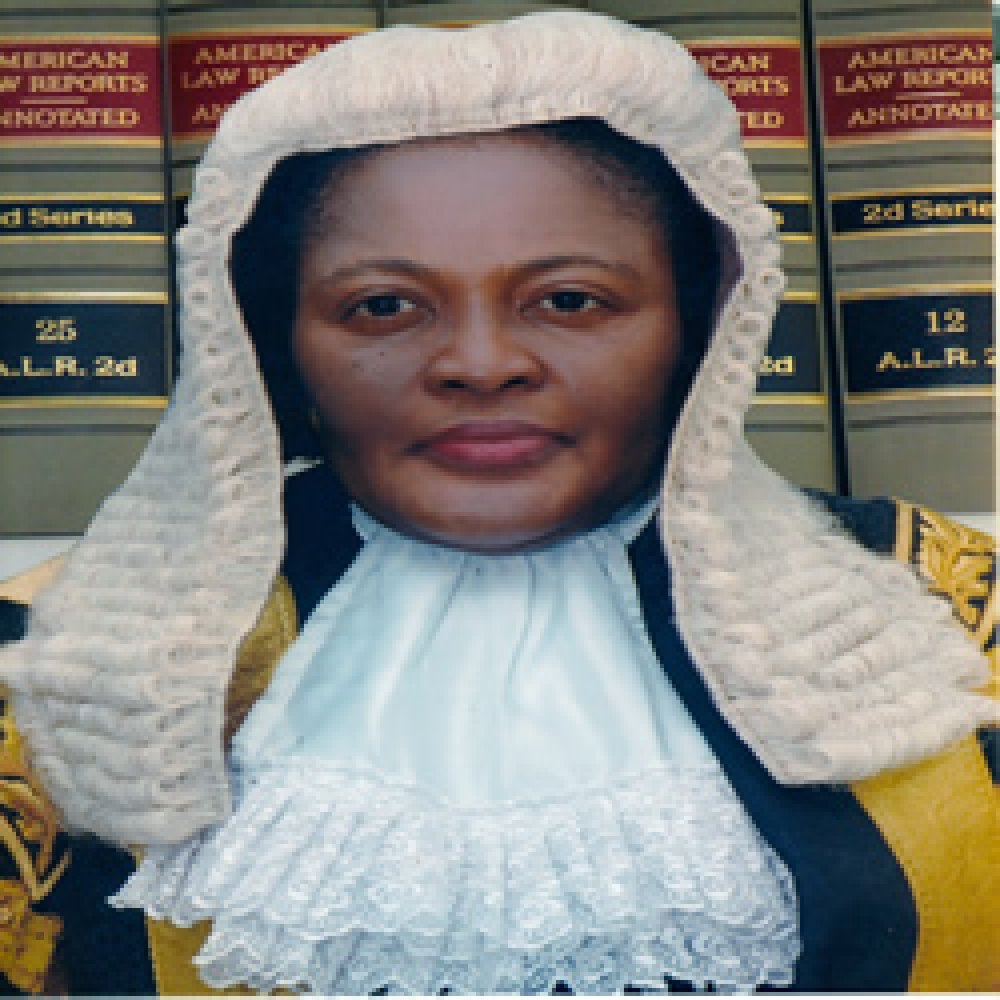 Honorable Justice Mary Ukaego Odili nee Nzenwa was born on May 12, 1952, at AmudiObizi, Ezinihitte – Mbaise Local Government Area of Imo State. She attended the University of Nigeria, Nsukka (Enugu Campus) and obtained her Bachelor's Degree in Law (LL.B (Hons)) in 1976. She attended the Nigerian Law School in 1977 for her B.L certificate.

Justice Peter-Odili was appointed the Chief Magistrate of a Grade I Magistrate Court between 1981 and 1992 and was elevated to the bench at the High Court of Rivers State between 1992 and 2004.

Honorable Justice Mary Ukaego Peter Odili was appointed a Justice of the Supreme Court of Nigeria (JSC) on June 23, 2011. She was conferred with National Honour Commander Federal Republic (CFR).

She is happily married with children. 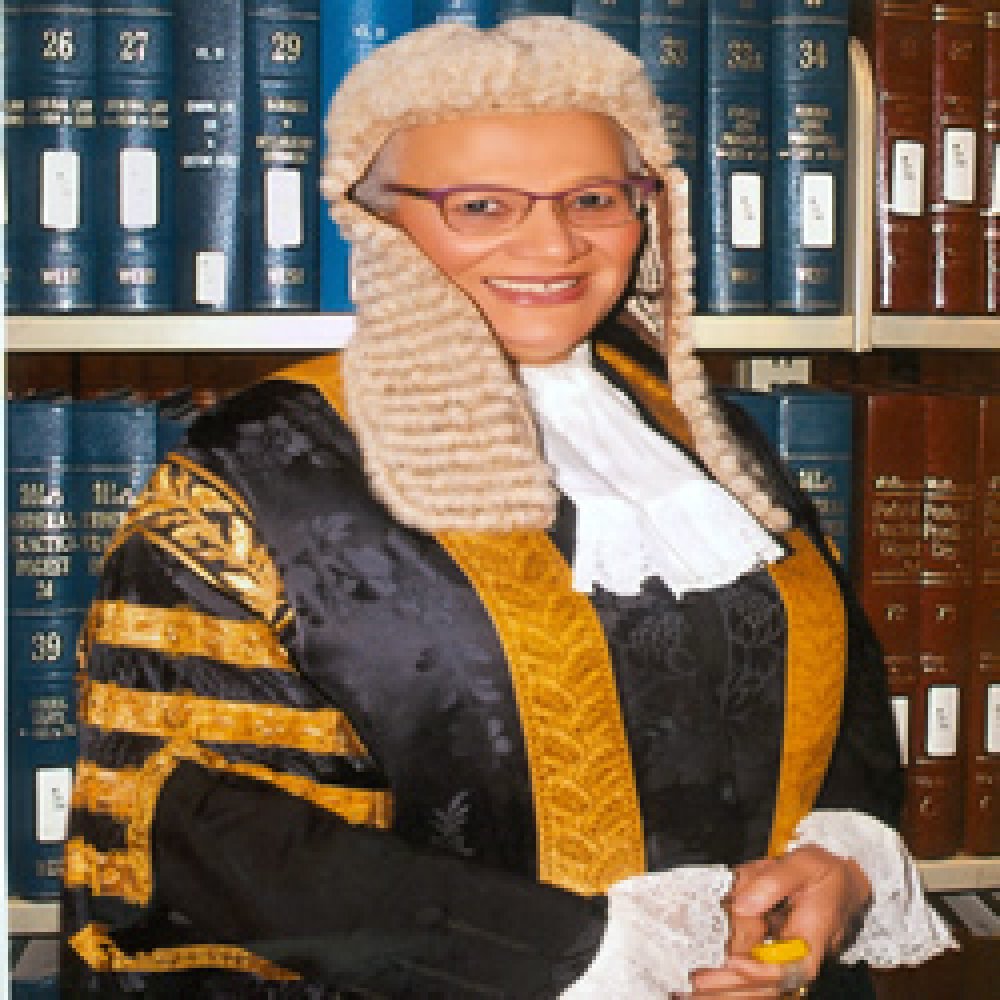 Honorable Justice Amina Adamu Augie was born in Anne Eva Graham on September 3, 1953. She attended the prestigious University of Ife, Ile-Ife from 1972 to 1977. She proceeded to the Nigerian Law School, Lagos from 1977 to 1978 and was called to the Nigerian Bar on July 8, 1978.

Justice A. A. Augie began her legal career as a Legal Aid Counsel at the Legal Aid Council, Sokoto while serving in the National Youth Service Corps from 1978 to 1979. She also served as a Senior State Counsel in the Office of the Chief Counsel to the then President, Alhaji Shehu Shagari, after which, she was appointed Lecturer by the Nigerian Law School, Lagos.

Justice Amina Adamu Augie was appointed Chief Magistrate in the Sokoto State Judiciary in 1988. While serving at the Bench, her love and passion for academia propelled her to accept a part-time employment as Lecturer at the Faculty of Law, Uthman Danfodio University, Sokoto from 1989 to 1992.

Honorable Justice Amina Adamu Augie was elevated as Justice of the Supreme Court of Nigeria on  November 7, 2016. 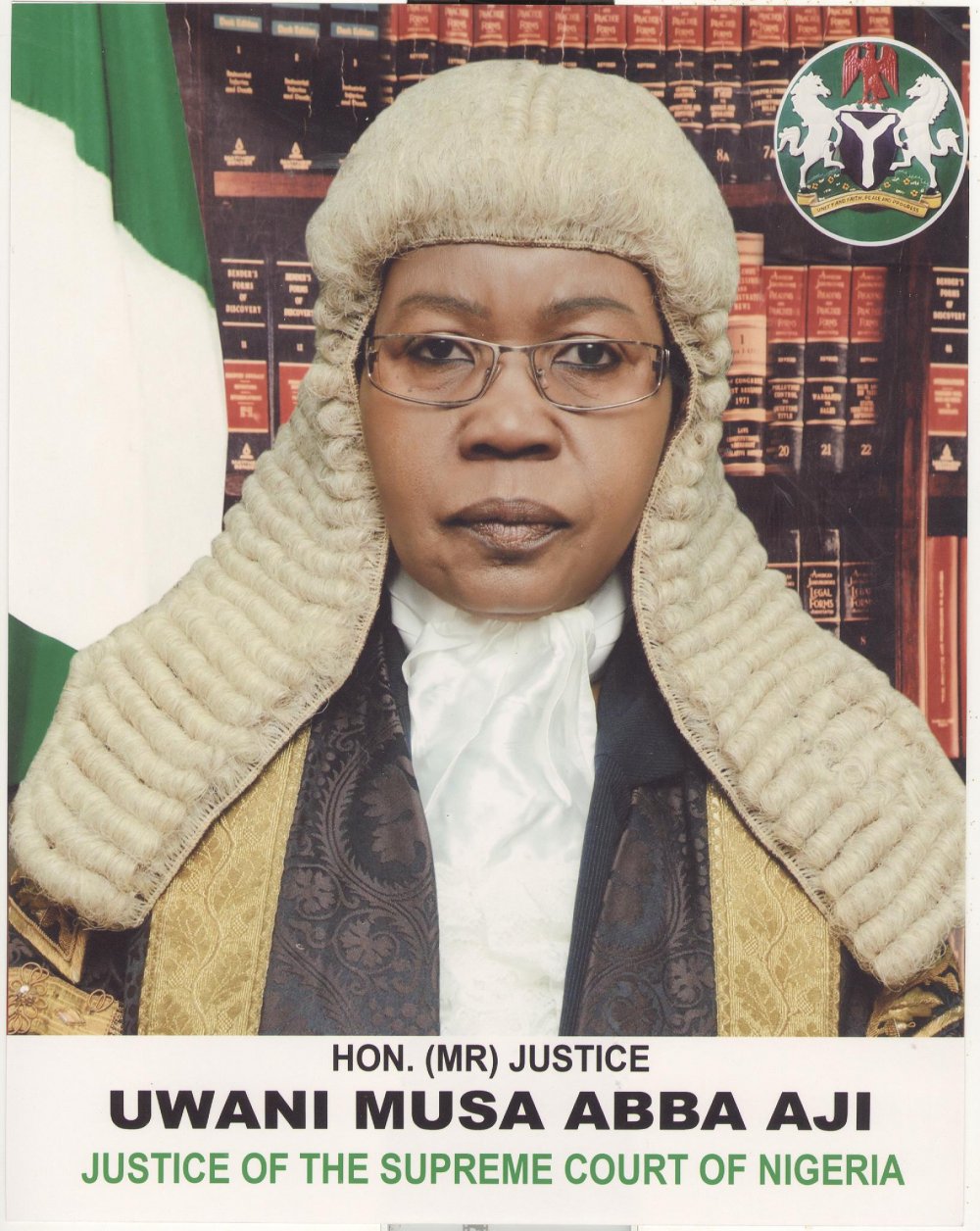 Honorable Justice Uwani Musa Abba Aji (JSC) was born on November 7, 1956, in Gashua, Yobe State. She obtained a Diploma in Law from the prestigious Ahmadu Bello University Zaria in 1976 and subsequently, an LLB Hons from the same institution in 1980. She was called to Bar in 1981 and commenced her career as State Counsel in 1982.

Prior to holding this position, however, She had held positions of Clerical Assistant (Area Courts Division), Assistant Registrar, Acting Registrar, and Registrar between 1973 and 1982. After her appointment as State Counsel in 1982, she rose through various positions and became an Acting Senior State Counsel in 1984, Senior Magistrate II in 1986 among other positions until 1991 when she was appointed a judge at the High Court of Yobe State making her the first Lady Judge at Yobe State Judiciary, a position she held until July 2004 when she was elevated to the Court of Appeal.

Over the years Justice Aji served in various capacities with different organizations. Before her elevation to the Supreme Court on January 8, 2019, she was the Presiding Justice of the Court of Appeal, Kaduna Division, for 4 years. She is happily married with three children. 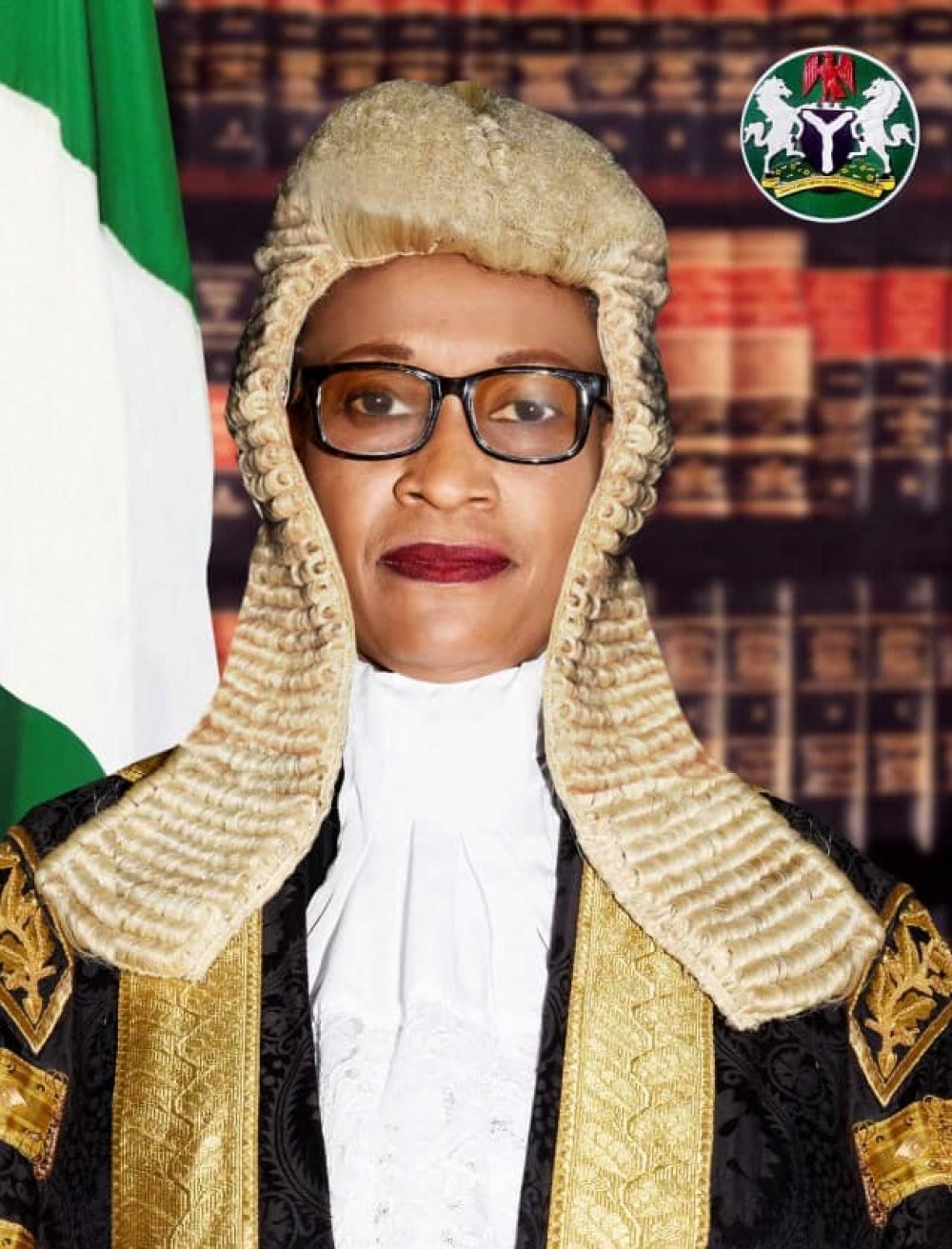 Honorable Justice Helen Moronkeji Ogunwumiju is from Ondo State, Southwest of Nigeria. She graduated from the University of Lagos in 1977 after which she proceeded to the Nigerian Law School and got called to the Nigerian Bar in 1978.

Honorable Justice Ogunwumiju worked in the Ondo State Ministry of Justice as a State Counsel for two years in the Civil Litigations Department. She went on to work with the Legal Aid Council of Nigeria as a Legal Aid Counsel and rose to become Assistant Director, Legal Aid Council in 1988.

​She was elevated to the Supreme Court on November 6, 2020. She belongs to a couple of organizations particularly women organizations.

Nigerians Take Responsibility For The Nation's Failure, See How