Ize-Iyamu Says Edo Election Was Neither Free Nor Fair, Vows To Not Challenge Election Result 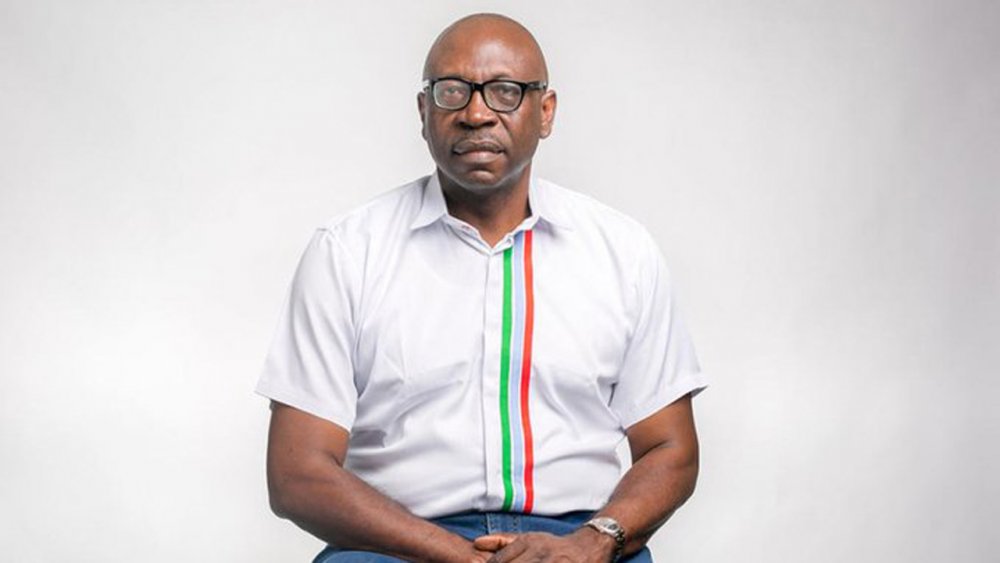 The Candidate of the All Progressives Congress (APC) at the September 19 governorship election in Edo State, Osagie Ize-Iyamu, argues that the governorship poll was not free nor fair.

Ize-Iyamu, who stated his stance in a statement made available to newsmen by the media head of his campaign council, John Mayaki, however, revealed that he will not be contesting the outcome of the election in court.

Ize-Iyamu who further boasted that he had enough grounds to challenge the outcome of the election, however, said that his decision to desist from challenging the poll's outcome was in order to avoid creating more tension in the state.

“Contrary to orchestrated media reports, the election was neither free nor fair. There were several episodes of violence, voter intimidation, and falsification of results. In particular, there were unlawful cancellation of results particularly from Urhonigbe South and North in Orhiomwon, while results were falsified from many polling units in Ofunama in Ovia South West, and in parts of Ovia North East, Owan West, Oredo, Egor, Ikpoba-Okha, Esan North East, Esan West, Esan South East, and Uhunmwode Local Government Areas,” he was quoted as saying.

“Sadly, two persons were killed during the election, while gun-wielding thugs took over collation centres in many locations without the intervention of law-enforcement agents. There were also several cases of malfunctioning card readers, which disenfranchised duly registered voters, in addition to many cases of unregistered voters voting with pre-purchased voters’ cards not collected by their actual owners.

“These malpractices could easily form the basis to challenge the election results. We have, however, decided not to commence an election petition. This is to avoid further tension in the state. We are also mindful that the leadership of our great party, the All Progressives Congress (APC), and many well-placed individuals have made pronouncements endorsing the process, which we have chosen to respect.

“Nonetheless, we must emphasize that elections are far more than actual voting, just as democracy includes more than just elections. It is in this light that we draw attention to the fact that the Peoples Democratic Party (PDP) and its flagbearers have continued to pursue several pre-election suits in various courts against us, all totaling 13. One of such cases came up in the High Court, Benin on 2nd October, 2020, days after the election.

“On our part, we had filed two pre-election cases against the PDP and its flagbearer challenging their eligibility to contest the election. These are all lawful and integral parts of the electoral process in any democracy, which we must all respect and acknowledge as genuine democrats.

It will be recalled that AllNews had earlier reported that Ize-Iyamu while delivering his independence day message to Nigerians hinted that he might be contesting the outcome of the election at the tribunal.