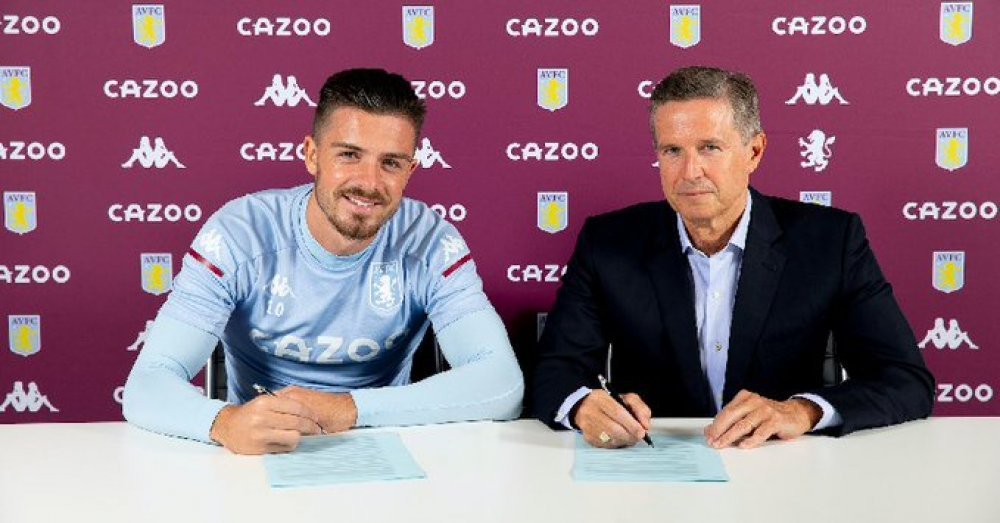 Englishman Jack Grealish has signed a new 5-year deal with Aston Villa which keeps him at the club till 2025.

The Aston Villa skipper has been with his hometown club since he was eight-years-old and made his claret and blue debut at the end of the 2013/14 season.

He remained with Villa despite relegation in 2016 and was pivotal in our return to the top-flight last year.

In their first season back in the Premier League, Jack was instrumental in the team’s survival and was capped by England for the first time earlier this month. 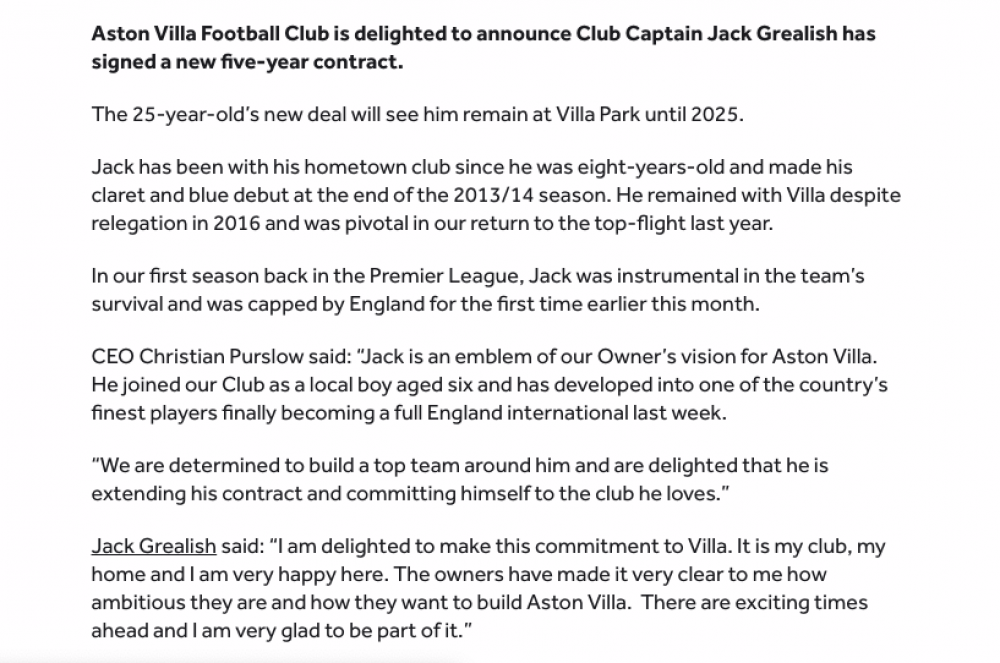 CEO Christian Purslow said: “Jack is an emblem of our Owner’s vision for Aston Villa. He joined our Club as a local boy aged six and has developed into one of the country’s finest players finally becoming a full England international last week.

“We are determined to build a top team around him and are delighted that he is extending his contract and committing himself to the club he loves.”

Jack Grealish said: “I am delighted to make this commitment to Villa. It is my club, my home and I am very happy here. The owners have made it very clear to me how ambitious they are and how they want to build Aston Villa.  There are exciting times ahead and I am very glad to be part of it.”

Just a quick message from our captain, @JackGrealish... ? #Grealish2025 pic.twitter.com/Fi5aebnQqW

He has been targetted by Manchester United but he has chosen to remain at the club.